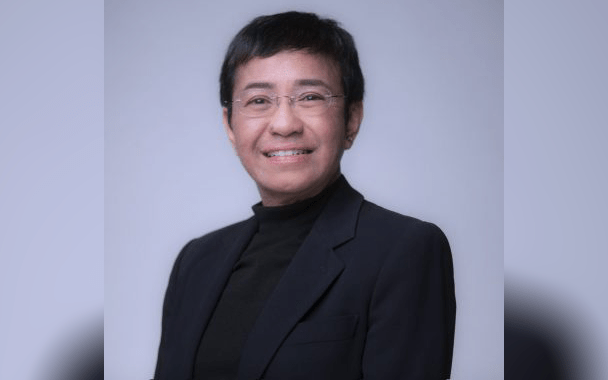 The government, through the Office of the Solicitor General, filed its opposition to Ressa’s request to travel to Oslo, Norway to receive her Nobel peace prize claiming the journalist is a “flight risk”.

Due to her libel and tax evasion charges, Ressa is seeking the Court of Appeals’ permission to allow her to fly directly to Norway from the US where she has also been allowed to give a series of lectures.

She is set to receive the Nobel Peace Prize Award, along with Russian journalist Dmitry Muratov, for their efforts to “safeguard freedom of expression, which is a precondition for democracy and lasting peace.”

Gordon said the government should see Ressa’s Nobel win as a great occasion to celebrate despite political differences.

“Let us then allow the first Filipino Nobel laureate to bring pride and honor to our country and speak on behalf of the freedom-loving and peace-seeking Filipino people who continually fight unflagging attempts to manufacture and spread lies and disinformation rewriting our history and muzzle all those who are critical of government policies,” he said.

He said the only risk the government should be concerned about is its “flight from reason that would put the country into further embarrassment before the eyes of the international community.”

“To many of us, the prestigious award conferred to Ressa, a historic first for the Philippines, sets the momentum in the right direction of our individual and collective efforts to allow a culture of truth-telling to prevail in our country,” he said.

Gordon is seeking to confer upon Ressa the Senate Medal of Excellence, an award that is bestowed to those who have given pride to the country. – Rommel F. Lopez