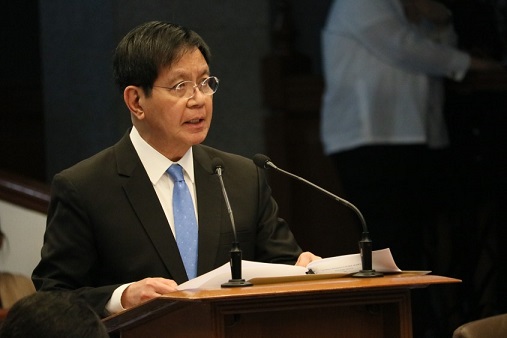 Senator and presidential aspirant Panfilo Lacson fact-checked his rival Ferdinand “Bongbong” Marcos Jr. on the latter’s proposal to expand the powers of the Presidential Commission on Good Government (PCGG) in investigating other government officials, and not just the Marcos family.

In a press conference in Ormoc City Hall, Lacson said that it is not under the PCGG’s mandate to investigate accused government officials.  This task is under the Presidential Anti-Corruption Commission (PACC).

“Well, anybody who becomes a president can create by way of an Executive Order kung ano ang agency na gusto niyang i-create to address specific problems or issues,” Lacson added.

In an interview with CNN Philippines, Marcos said that issues about his family’s ill-gotten wealth are ongoing in the courts.

“Instead of directing themselves against the Marcoses only, I mean kung meron akong corrupt na kamag-anak, eh di lalabas ang pangalan niya but not only us, lahat,” he said.