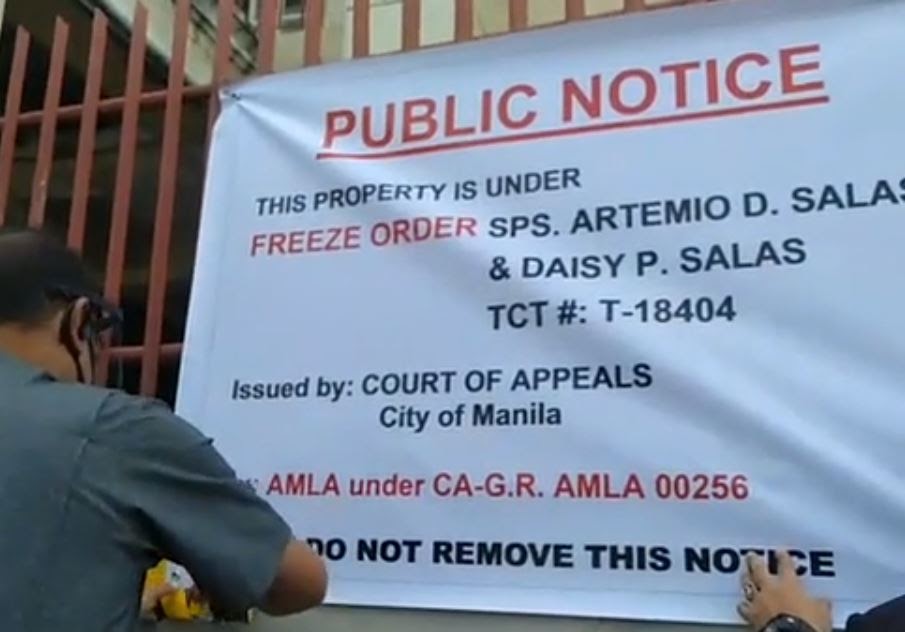 PDEA Director General Wilkins Villanueva and his team served the freeze order from the Court of Appeals dated Nov. 20, 2020, for a house at a subdivision in Barangay Guadalupe, Cebu City.

“This property can’t be sold or given to others until the court has a decision (on the case),” Villanueva told the residents of the house.

Villanueva said the property was registered under the names of Daisy and Artemio Salas.

Daisy, Reynaldo’s sister, and her husband were reportedly tasked by the Kuratong Baleleng group to spend money from their illegal operations, he said.

Artemio reportedly worked as a security officer earning at least P20,000, which was not enough to pay for the house, Villanueva explained.

Villanueva said PDEA could not yet account for all the group’s assets, but estimated it in the “millions.”

“We are finishing up our job until they can’t use their earnings on drugs, to bleed them with their own money,” the PDEA director general said.

Daisy and Artemio are in hiding. There is a standing warrant of arrest against them.

Reynaldo was killed in a raid by the Criminal Investigation and Detection Group in 2017, along with his wife Susan, brother Octavio Jr., sister Mona, and 14 others at their residence in Ozamis City. Ryan Sorote