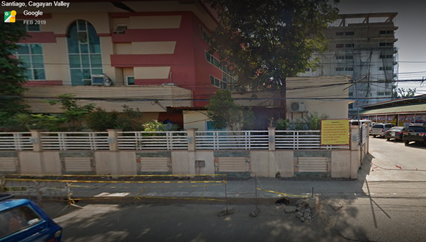 The government-run Southern Isabela General Hospital where the third case of baby kidnapping was recorded during the past years.

Santiago City, Isabela– Days after being kidnapped inside the Southern Isabela General Hospital here, a newborn baby girl was returned to her parents.

Five-day-old Heart Angel Yacap, the sixth child of Brendalyn Yacap, 38, and husband Hilario, 39, was returned by the police to her parents.

The alleged kidnapper, Cristina Semana-Pascual and the baby were found in Barangay Baracbac, Tagudin, Ilocos Sur.

The suspect, who hails from Barangay Raniag in Ramon, Isabela is now facing charges of qualified human trafficking.

Investigators said that Pascual, pretending to be a companion of another patient, asked permission from the mother to carry the baby.

Claiming to be smitten by the baby’s charms, Pascual convinced the mother that she carry the baby while the latter took a rest.

The closed-circuit television (CCTV) camera at the hospital revealed how the suspect covered the baby with her black jacket to escape suspicion by the nurses and the security guard.

It was reported that Pascual claimed to the mother of her seaman boyfriend that she gave birth to their baby, a product of their relationship while they were both employed in Kuwait.

A photograph of a baby was posted on her social media last Sept. 11, claiming to her boyfriend’s mother that she gave birth.

This recent incident was the third recorded case of baby kidnapping during the past years in this government-run hospital. (Jojo Mangahis)