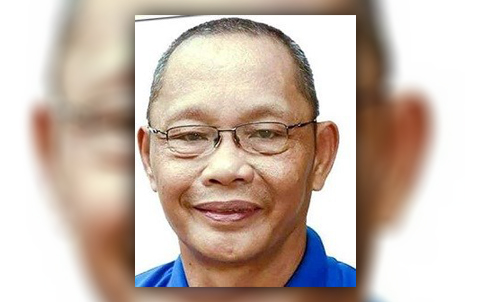 Eduardo Dizon had just finished his “Tira Brigada” program on Brigada News FM Kidapawan when motorcycle-riding gunmen trailed his white sedan after he left the radio station. He suffered five bullet wounds and died on the spot.

Three members of the Kapa-Community Ministry International (Kapa) have been named as suspects in the murder of a local news anchor critical of the religious group’s investment activities.

Egco said Lape, who was the spotter during the murder of Brigada News FM radio anchor Eduardo “Ed” Dizon in this Kidapawan City, North Cotabato last July 10, presented himself as a witness to aid in the investigation.

Lape named Dante Tabusares (alias Bong Encarnacion) who is the Kapa media coordinator for North Cotabato; Jun Jacolbe, Tabusares’ right hand man; and Jonel Herosaga, the gunman.  They were present in a meeting to plan the killing of Dizon. The others in the meeting are still unnamed.

Egco said Herosaga also moonlights as a bodyguard of a Kidapawan politician whom he did not name.

Murder charges have already been filed against the suspects as early as July 22. Egco is confident that the case would soon be concluded as soon as warrants of arrests are served.

Earlier, the Philippine National Police (PNP) considered the murder of Dizon “case-cleared” after four suspects had been identified based on CCTV footages collected and testimonies of witnesses interviewed by the police.

Dizon’s widow, Madonna, said she is very confident that the Kapa members were behind her husband’s murder since her husband was not commenting on anyone on his radio program other than the controversial religious group.

She said that while her husband earned the ire of the people he criticizes on his radio program, this is the first time she and her husband had received death threats.  She adds that they received the threats days before Ed’s death.  While they had the threats blottered, they however failed to request for security.

Dizon had just finished his “Tira Brigada” program on Brigada News FM Kidapawan when motorcycle-riding gunmen trailed his white sedan after he left the radio station. He suffered five bullet wounds and died on the spot.

The National Union of Journalists in the Philippines said Dizon is the 13th journalist killed since President Rodrigo Duterte took office in 2016.

Last June, Duterte ordered the closure of Kapa due to its illegal solicitation of investments from its members.