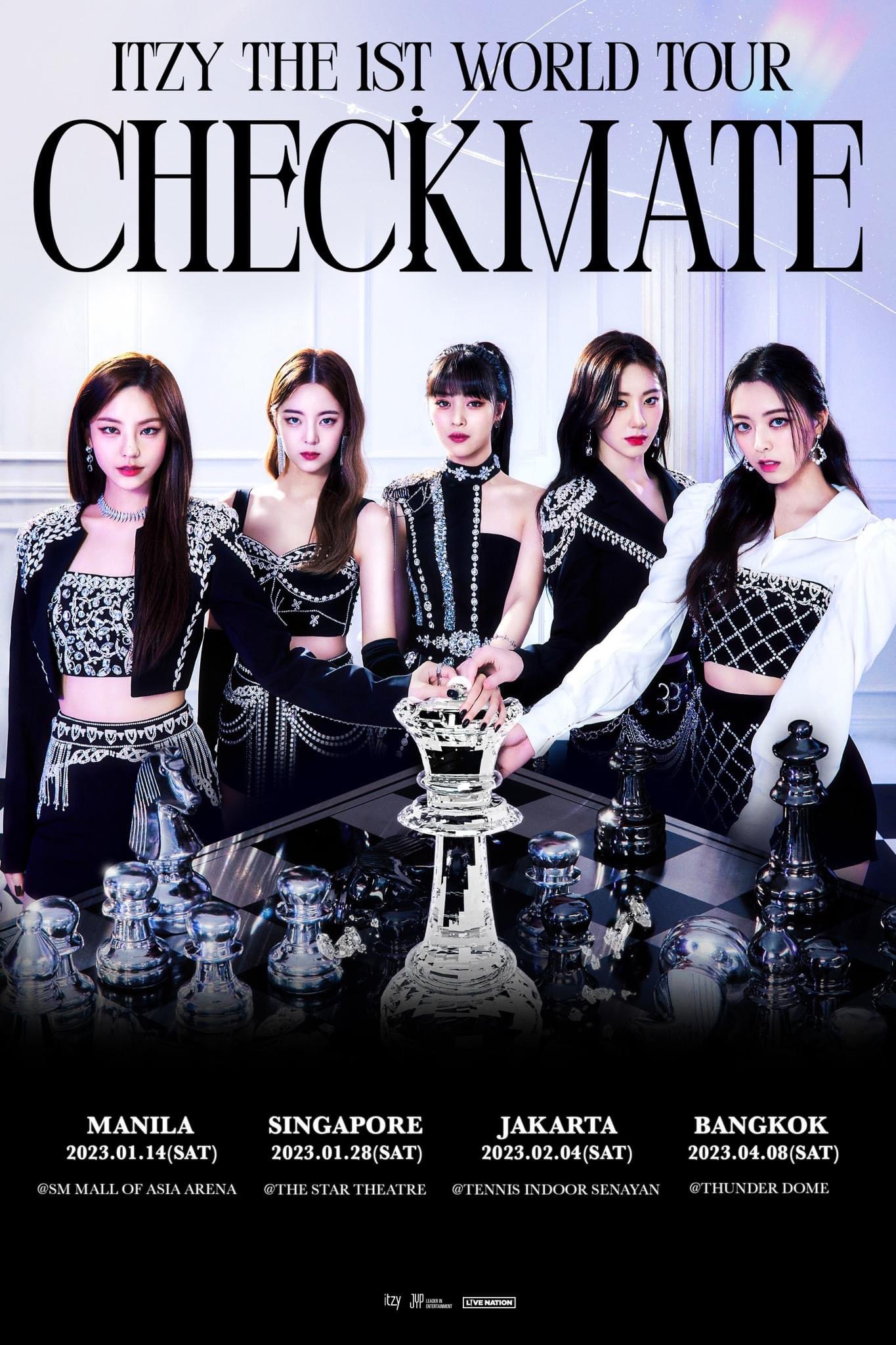 The group announced on Twitter their first world tour with more destinations in Southeast Asia being added.

Itzy is scheduled to perform in Manila on January 14, 2023 at the Mall of Asia Arena in Pasay.

The group will also visit Singapore, Bangkok, and Jakarta.

The group’s tour, “Checkmate” includes the United States with a string of performance dates from Los Angeles to New York until mid-November.

Itzy is handled by JYP Entertainment, the same entertainment agency of the girl group, TWICE.