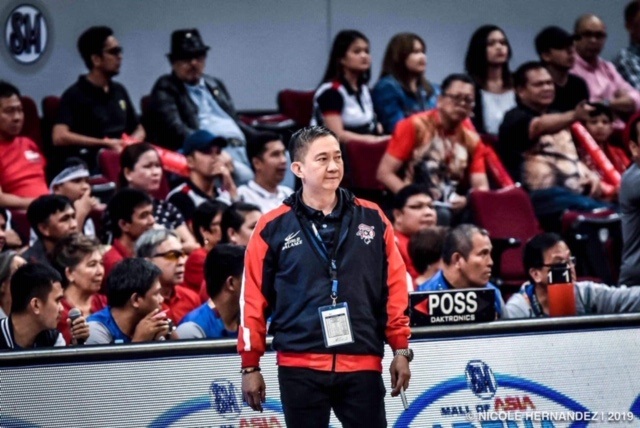 The Colegio de San Juan de Letran Knights claimed their 18th NCAA Men’s Basketball Championship behind Jerrick Balanza’s 27-point-outing, ending the three-year title run of the San Beda Red Lions. The boys from Muralla also snapped the 32-game winning streak of the Benedictine-run school, and the perfect elimination round of the Red Lions. As pundits have said, 18-0 without a title is nothing.

How did the Letran Knights overcome the seemingly impossible task of toppling the Red Lion dynasty?

First, it began with the support of corporate backer San Miguel Corp. through its sports director Coach Al Francis Chua, a Letranista. Next was the hiring of Coach Bonnie Tan who is closely affiliated with Chua in the “Wednesday Group.” Tan is no stranger to college basketball. He built the foundation of the Lyceum program long before it joined the NCAA.

Add to the mix a fine line of assistant coaches, including the likes of Lou Gatumbato, Raymond Tiongco, Rensy Bajar and Ginebra’s LA Tenorio.

We talked to some basketball observers to fully understand how the Letran Knights had a Cinderella title run.

Basketball observer and Meralco spokesman Joe Zaldarriaga highlighted three key points. According to him, teamwork, determination and defense catapulted Letran to the NCAA throne. “Balanza, Yu and Muyang were just outstanding. All three had issues before. Yu was a discard from the University of the East and had to endure being called ‘namamasada ng jeep’ (a jeepney driver). Muyang was dropped by La Salle during the time of Coach Aldin Ayo because he was ‘too slow’ for ‘Mayhem.’ Balanza had to undergo brain surgery last year and many thought he was done for basketball.”

Zaldarriaga said: “These players were at best average. But Coach Jeff Napa and later Coach Bonnie Tan challenged them and gave them confidence. Hindi sila natakot sa San Beda. Their mindset was superb and that was the X factor, walang takot, laban lang.”

This thought was also shared by legendary Letran coach Tino Pinat, who won the crown for Letran in the mid-80’s with the equally legendary Samboy Lim. Pinat said: “`Yung will to win despite the huge task ang nagpanalo sa mga bata. We have lesser talent pound for pound kumpara sa Beda pero tiniyaga ng mga bata.”

Zaldarriaga pointed to the cold-blooded three-point shot by Balanza toward the end game that summarized the Letran Sprit of “Arriba.” No fear.

For Coach Milton Yu of Uno High School, how the coaching staff of Letran prepared the team for battle against San Beda spelled the difference. He highlighted the openness of Coach Bonnie Tan to listen to suggestions from “think tanks.” This act of Tan is an eye-opener to all coaches, Yu said. Whether a beginner or veteran, having an open mind increases wisdom. Two or more heads are better than one, and it was proven by Coach Bonnie and his friends when they claimed the title.

Yu also cited the strong character of the Letran players who faced adversities, especifically Fran Yu who, as mentioned earlier, became a victim of cyber-bullying and played through cramps during the title-clincher.

Yu said the intangibles were an “X-factor.”

There is no letting down as the revered Catholic institution will celebrate its 400th year in 2020, in time for its hosting of the NCAA tournament. The exciting part here is that Coach Bonnie Tan and his boys are just starting. The future is bright for the Letran Knights.