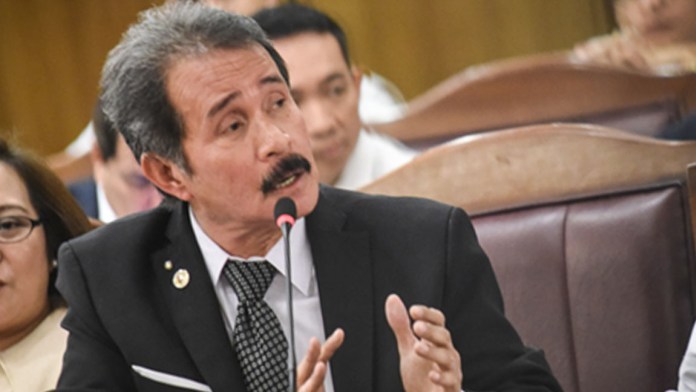 House leaders fired back at Sen. Panfilo Lacson’s claim that each of the 22 deputy speakers would get P1.5B and each of congressmen would get P700M in the 2020 budget the lower chamber approved last Friday.

For one house leader, Lacson overstepped his duties when he made that claim.

“How could there be pork in the GAB recently approved by the House of Representatives when it has not been submitted to the Senate yet for its scrutiny,” Capiz 2nd district Rep. Fred Castro said.

Castro doubts Lacson has a source among the sitting members of the House.

CIBAC Party-list Rep. Eddie Villanueva calls it a big lie while other House leaders dare Lacson to prove his allegations and name his source.

“With due respect to Senator Lacson, his allegation of the said… plan to give all House deputies P1.5-b each is a big, big lie,” Villanueva who is also the House Deputy Speaker for Good Governance and Moral Uprightness said.

“Nagulat po kami I hope naman may basehan if there’s some truth to that I think we would like to get to the bottom of that because the policy of the Speaker is no pork no parking,” House Majority Leader Martin Romualdez said.

Speaker Alan Peter Cayetano already maintained there won’t be any pork in the 2020 budget. He also said that the additional budget the House wants won’t just go to its new leaders.

“Kung yan ang paliwanag ni Speaker Alan then we have to give him the benefit of the doubt,” Palace spokesperson Salvador Panelo said.

The House also defended its decision to create a small committee to process individual proposals for institutional amendments to the budget after it already approved the bill last Friday.

In response, Lacson said the protests of the congressmen will not deter him from his fight against pork barrel which he said he has been fighting “for a long time.”

“The whining and howling of Congressman Castro and his like-minded colleagues will not distract me from performing my mandate of scrutinizing the budget measure,” he said.

He adds that he has colleagues in the Senate who like him are committed to fight pork insertions in the budget which gives him more reason to be more vigilant.

Instead of him apologizing for his remarks, he dared House members who he said “abused the hard-earned money of taxpayers” by availing pork money to “apologize to the Filipino people.”

Malacañang says the president will scrutinize next year’s spending bill and will not hesitate to exercise his veto powers.

“With respect dun sa allegation of pork, it’s always the president who will decide,”Panelo said.

The House plans to transmit the 2020 budget to the Senate on October 1st. (Jasper Camilo)