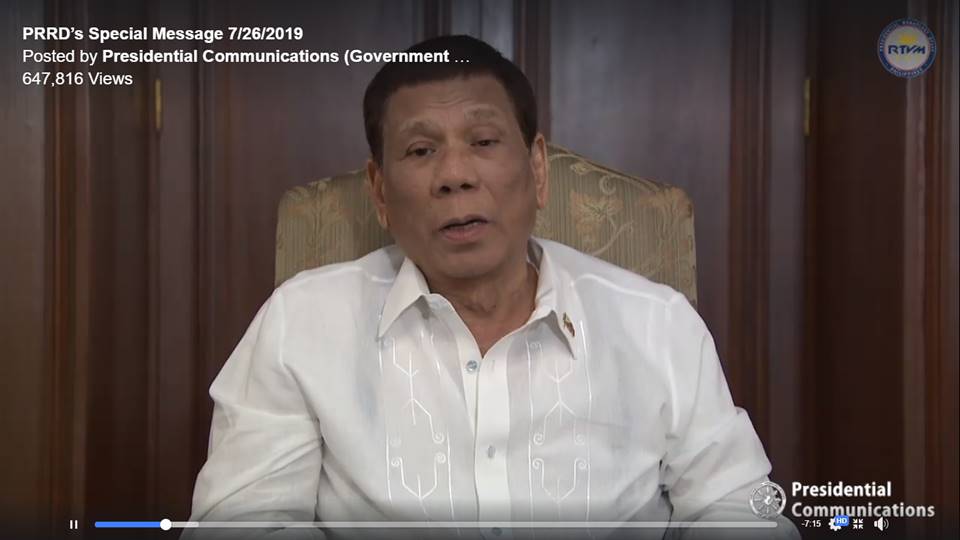 Health workers and advocates are challenging President Duterte to have himself checked in a government hospital.

After figuring in a motorcycle accident, President Rodrigo Duterte is being challenged by health workers and advocates to seek medical help in a government hospital.

This is so he can see for himself what they call a health care system crisis amid problems in public hospitals as well as resurgence of various diseases.

Health Secretary Francisco Duque III however said the situation is far from crisis levels but he admitted there are problems in the health care industry and these are being addressed by the government.

Health groups note the resurgence of otherwise forgotten diseases such as polio, dengue and measles; lack of supplies, equipment and health care professionals in government hospitals and the huge budget cut in the country’s premier public hospital, the Philippine General Hospital (PGH)

Like Presidential spokesperson Salvador Panelo who accepted the challenge to commute to experience the alleged transport crisis, Duque said he is open to the challenge of health advocates.

Duque also said the newly passed Universal Health Care law will address health issues, but health advocates doubt this as funding for the law seems to be problematic as well. (Jasper Camilo)