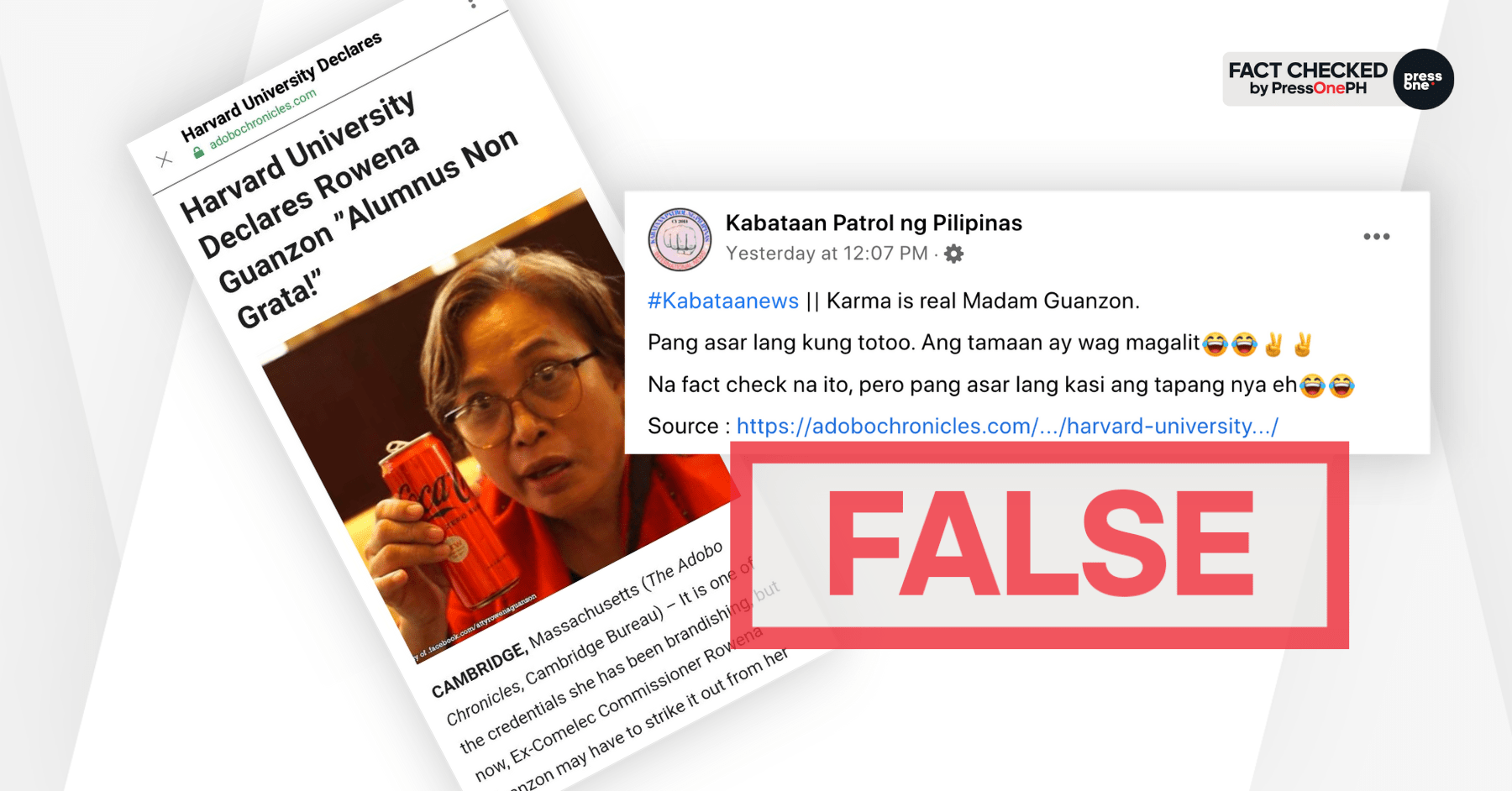 Pro-Marcos Facebook page “Kabataan Patrol ng Pilipinas” appears to have been taken for a ride by humor page Adobo Chronicles when it posted on April 28 a screengrab of the latter’s satirical story that ex-Commission on Elections (Comelec) commissioner Rowena Guanzon had been declared “alumnus (sic) non grata” by Harvard University.

The claim is, of course, false, as Harvard did not declare its alumna (the correct feminine singular) a “non grata.”

But that did not stop Kabataan Patrol from declaring, smugly, “Karma is real Madam Guanzon.”

Guanzon, who finished her master’s in public administration in Harvard in 1995 as an Edward Mason Fellow, has been critical of presidential bet Ferdinand Marcos Jr. since her retirement from the Commission on Elections (Comelec).

She was prevented from voting to disqualify Marcos Jr. for his failure to file his income tax returns from 1982-1985, as the ruling, penned by Commissioner Aimee Ferolino, did not come out until after her departure from Comelec.

Unfortunately, the post has been shared 171 times, and has 300 comments as of this story’s posting.