Gov’t to delay submission of 2020 budget 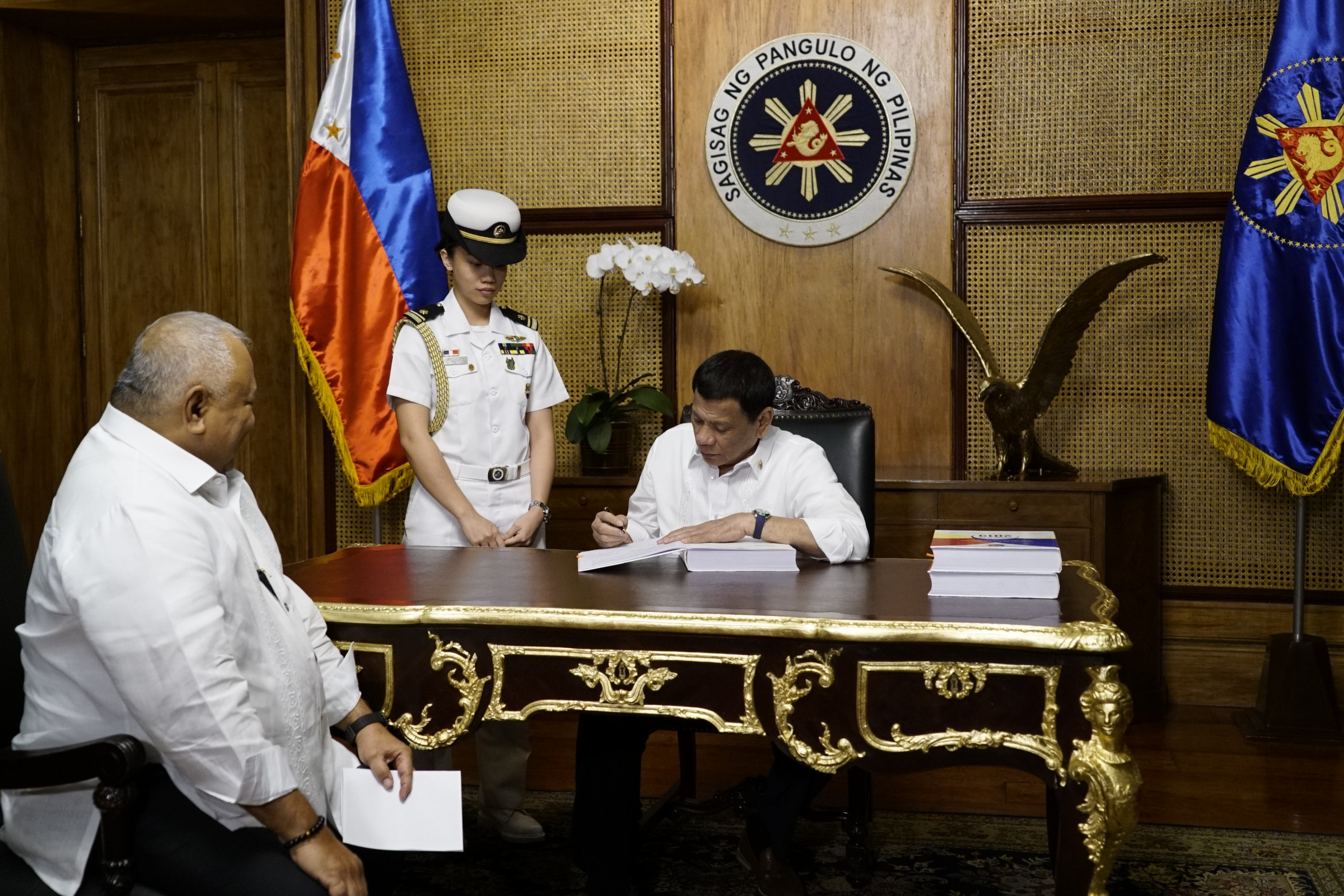 THE DUTERTE administration is delaying submission of its proposed 2020 budget to Congress, but budget officials are optimistic a repeat of this year’s budget tussle that contracted spending and slowed the economy will not happen.

Unlike in the past seven years, Budget Undersecretary Laura Pascua said the government would not be submitting its budget proposal to the House of Representatives once President Duterte delivers his State of the Nation Address (SONA) on the opening of the new Congress on July 22.

Instead, Pascua said in a text message, submission would happen “mid-August at the latest.” “We are at the final confirmation stage,” she said when asked about the status of budget preparation.

Under the framework over which agencies are supposed to craft their outlays, the Duterte government is asking legislators’ permission to spend up to P4.1 trillion in 2020.

If the final proposal would contain that amount, it would mean a 9.1-percent increase from this year’s P3.757-trillion outlay, driven partly by a more than P100-billion hike in infrastructure investment.

Under the Constitution, the Executive department has 30 days from the start of Congress’ new session to submit its proposed budget to the Lower House for approval.

But since 2012, under the Aquino administration, the government has made it a practice to pass its draft outlay during or a few days after SONA, to give lawmakers more time to scrutinize the budget.

Last year marked the earliest a budget proposal was submitted, but even then the passage of the 2019 outlay was delayed for more than four months. Duterte signed the General Appropriations Act on April 15.

The Budget department is under an officer in charge, Janet Abuel, after Diokno’s departure in March 2019.

For this year, Pascua is optimistic. “I don’t think there will be that delay again,” she said.

“President Duterte sent a strong message with his veto. We are also past election period,” she added.

The delay in passing the 2019 budget prompted the government to spend under an old outlay, where billions of new infrastructure projects remained unfunded for four months. Finance Secretary Carlos Dominguez III said a re-enacted budget prevented the government on spending around P98 billion.

This took its toll on the economy, which slowed to 5.6 percent in the first quarter after public construction spending slumped 8.6 percent year-on-year.