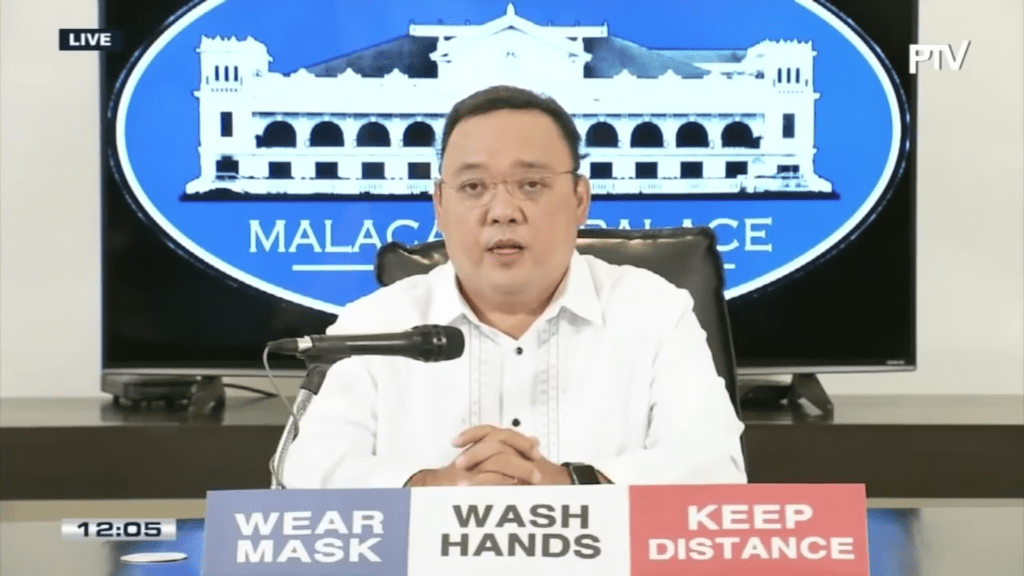 The 13th month pay is “mandatory” under the country’s Labor Code and cannot be delayed, Malacañang said on Monday.

Palace spokesman Harry Roque made the statement after Labor Secretary Silvestre Bello III said micro, small and medium enterprises (MSMEs) “in distress” could be exempted from releasing the 13th month pay to their employees.

Bello cited the Exemption of Distressed Employers section in Presidential Decree No. 851, which gives the labor secretary power to exempt employers from paying the 13th month bonus on a case-to-case basis.

Roque said the government would let the Department of Labor and Employment (DOLE) decide on the matter.

Labor group Defend Jobs Philippines denounced Bello’s proposal and urged the government to take the side of employees.

“Any form of delays and non-payment of our workers’ 13th month pays, wages and other benefits will never be acceptable especially in this time of economic crisis. Such deferments will only worsen the ‘krisis-mas’ being shouldered by our working people during the Covid-19 pandemic,” Defend Jobs Philippines spokesman Christian Lloyd Magsoy said.

“Instead of acting in favor of businessmen by advancing the deferment of the 13th month pay, the government — through Labor Secretary Silvestre Bello III — must take the side of the millions of hardly-hit workers and require employers to comply with the existing Presidential Decree No. 851 which orders employers to give mandatory 13th month pay to all its rank and file employees,” he added.

The Employers Confederation of the Philippines said about 2 million workers would not be eligible for the 13th month pay. John Ezekiel J. Hirro