Gordon counters ‘demolition expert’ Marcoleta: It was PRC who did retest on health workers 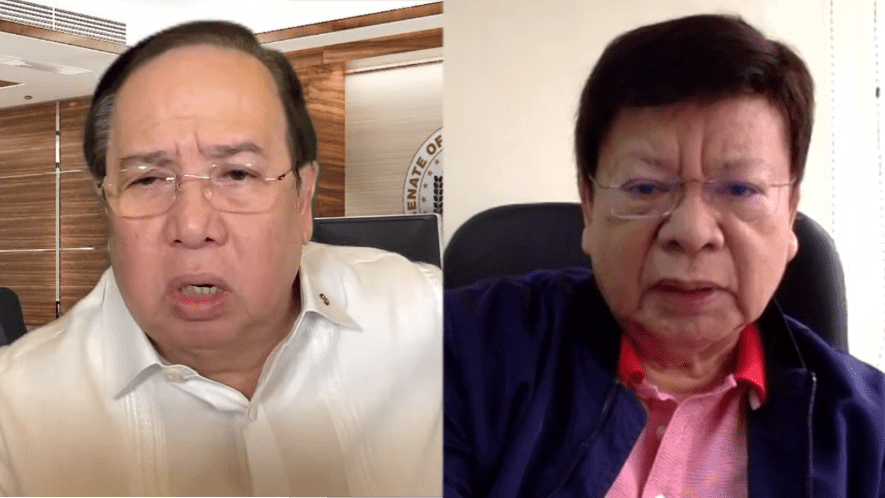 Contrary to Sagip Rep. Rodante Marcoleta’s claim that Subic health workers got false positive tests from the Philippine Red Cross, it was actually the humanitarian aid agency that retested them even without the Department of Health’s (DOH) order.

This was revealed by Sen. Richard Gordon during the continuation of the Senate’s Blue Ribbon committee motu proprio hearing on the government’s pandemic response.

Both the Senate and the House are investigating the procurement of allegedly overpriced pandemic supplies. But in the House hearing on Monday, Marcoleta brought up the reports of alleged false negative tests through PRC’s testing facility in Subic.

“After three days, they had themselves retested in another facility, and 44 out of the 49, false positive Mr. Chair. Nag-negative silang lahat, ibig sabihin Mr. Chair, there is about 90 percent error in the laboratory of the Philippine Red Cross in Subic,” Marcoleta said.

However, Gordon insisted that it was the PRC who actually conducted the retesting of the health workers even without the request from the DOH.

The senator was alluding to congressman’s unfounded accusations against ABS-CBN during the broadcast giant’s franchise renewal hearings at the House. The allies of President Duterte at the House voted to deny ABS-CBN’s franchise.

“Ni-recheck namin ‘yan at na-found out na positive. At pagkatapos ngayon biglang sasabihin ng mga alipores ni President Duterte, ni Atty. Duterte, na ito raw ay mali, at ngayon pinapaimbestiga niya kami. We are open sir, because we report all the testing to the DOH and to the RITM. Is that correct sir?” Gordon asked Health Secretary Francisco Duque III, who was present at the hearing.

“As far as I know, yes Mr. Chairman,” Duque replied.

Gordon told Duque that the PRC is willing to be investigated now that President Rodrigo Duterte has constantly attacked them.

Duterte started attacking the PRC after Gordon’s Blue Ribbon Committee started the Senate investigation into the P8.6-billion Covid-19 supplies contract the Procurement Service of the Department of Budget and Management’s (PS-DBM) awarded to Pharmally Pharmaceutical Corp. despite the company only having P625,000 capitalization.

The Senate probe later discovered that Duterte’s former presidential economic adviser, Michael Yang, acted as Pharmally’s financier so it can secure the contract from PS-DBM.

Aside from attacking Gordon and the Senate, Duterte has devoted much of his taped public address to defend Yang and his Cabinet appointees.

Yang was later cited in contempt and has been ordered arrested by the Senate for his evasive answers to the senators’ questions. – Rommel F. Lopez