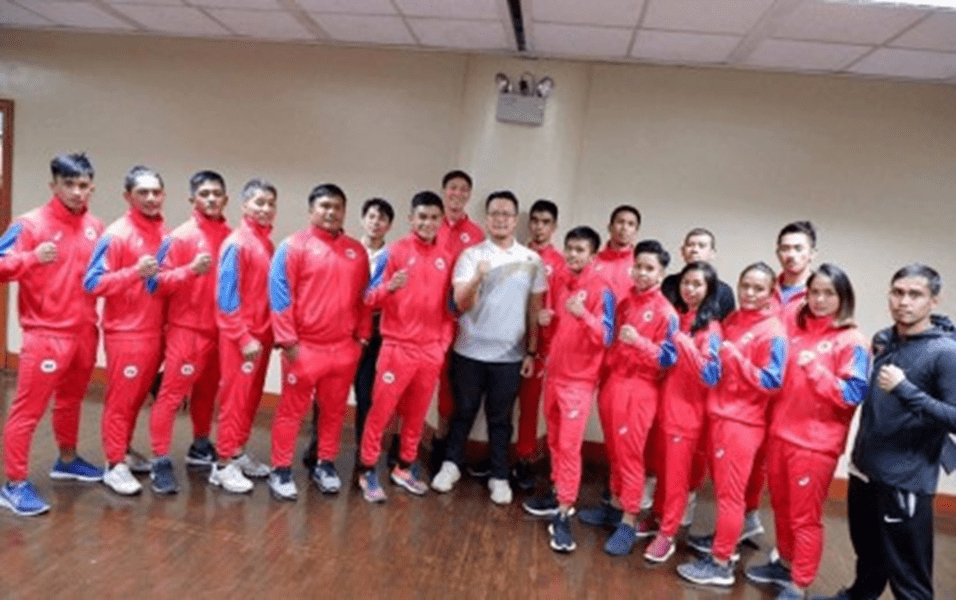 The first Philippine Kickboxing Team members show their fighting stance as they prepare to compete next month in the Southeast Asian Games. (PNA photo)

Led by 2014 World Cup of Wushu sanda champion Jean Claude Saclag, the team will have the chance at eight gold medals in weight categories ranging from kick light, full contact and low kick.

The national contingent is currently in Baguio for their high-altitude training and final weight training prior to their return to Manila in time for the December 1 to 7 competition at the Cuneta Astrodome in Pasay City. (Jojo Mangahis)