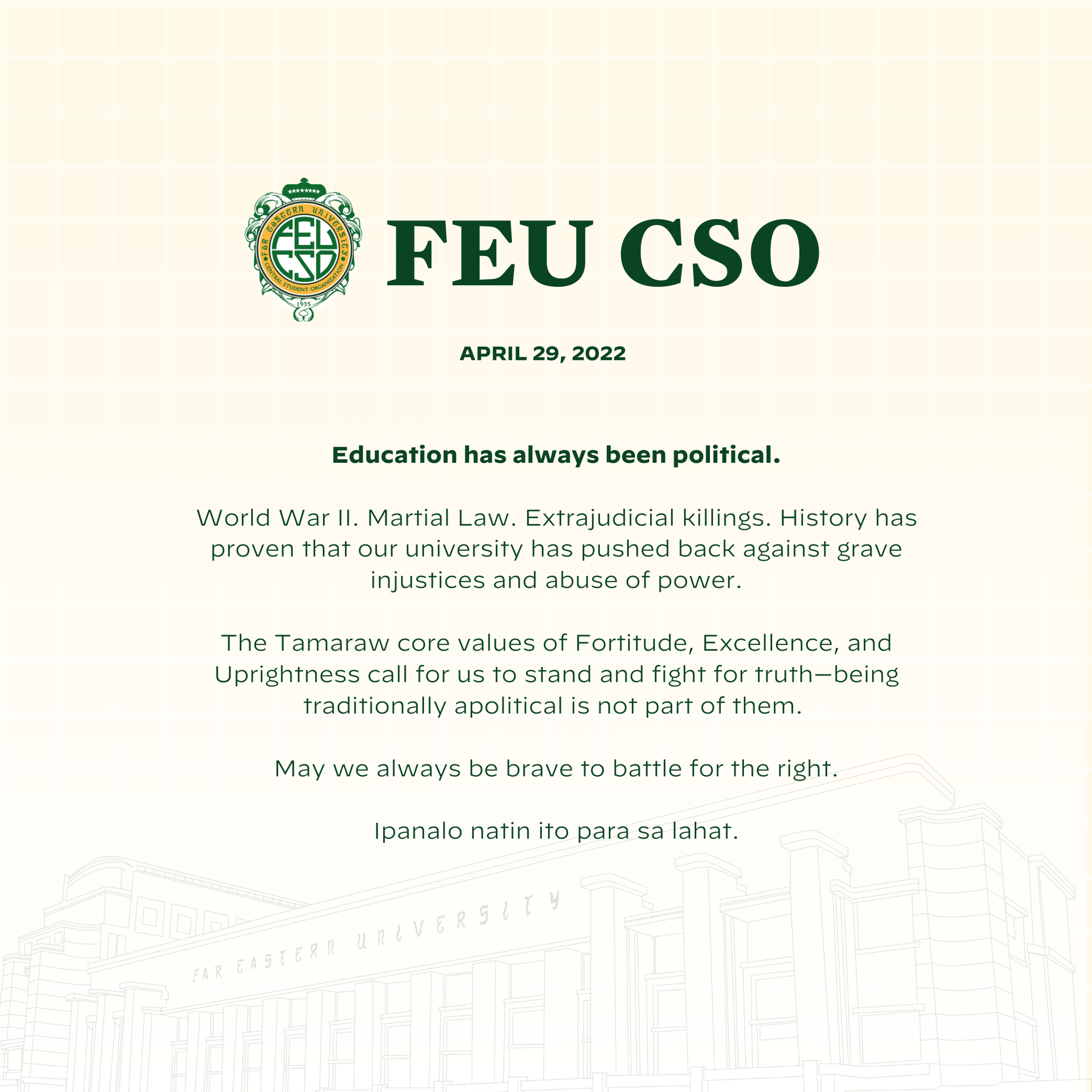 Far Eastern University’s (FEU) student council countered the university’s statement about getting involved in politics amid the 2022 elections.

The FEU Central Student Organization said that being apolitical contradicts the school’s core values of fortitude, excellence and uprightness.

“Education has always been political. World II, Martial Law, Extrajudicial Killings, History has proved that our university has pushed back against grave injustices and abuse of power,” the student government said in its statement via a Facebook post.

The student council was reacting to FEU’s statement that the university has been “traditionally apolitical.” The university made the statement after some members of the female volleyball team expressed their support of Ferdinand “Bongbong” Marcos Jr. and vice presidential bet Sara Duterte-Carpio on Facebook.

“FEU students and employees can endorse any candidate running for elections in their own personal capacity. They do not represent the University,” the school said on Friday. — Ronald Espartinez