“It’s time for Ferdinand Marcos Jr to give up his position as agriculture secretary. He is a big failure. Costs of agricultural products had not only risen but there were also supply shortages.” 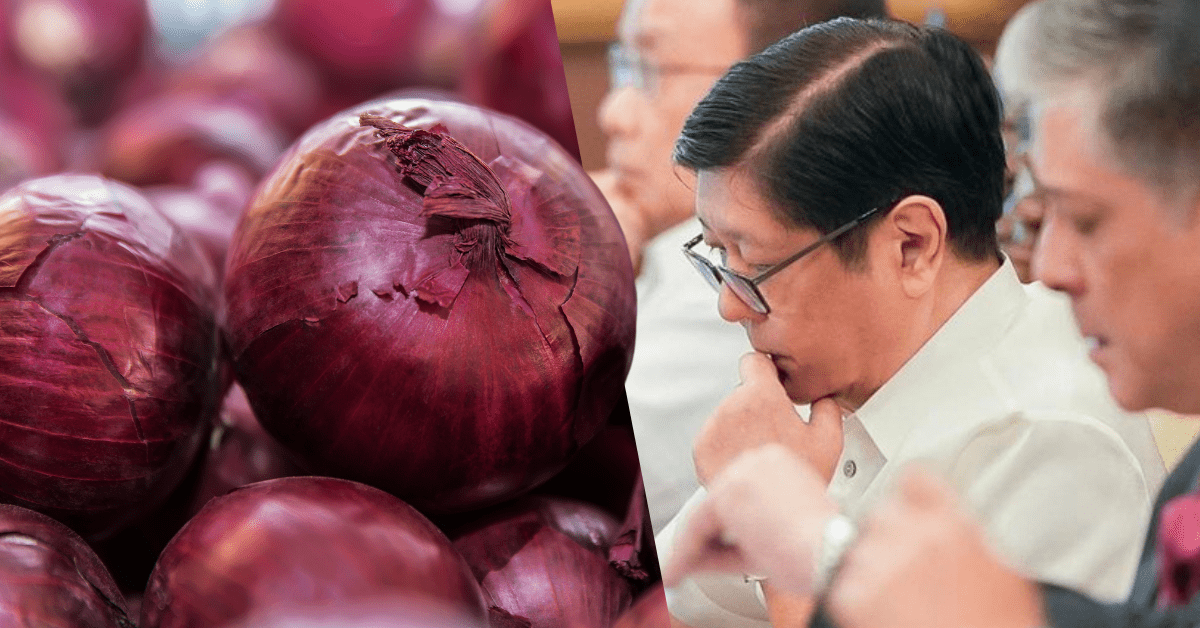 Onions are now flooding wet markets and supermarkets but prices remained very high at nearly 500 pesos a kilo contrary to what the government expected as local farmers started harvesting their crops and the imported bulbs came in.

Onion prices will eventually stabilize, perhaps below 100 pesos a kilo by next month as imports and local production come in. It will make consumers happy, but for local farmers, it means a big disaster.

Farmers lose and big traders win. The government has to step in and correct the system to encourage local production and stop the country from relying on imported farm products.

From rice, corn, sugar to chicken, pork, and dairy products, the Philippines, an agricultural country, has become dependent on food imports, like tiny Singapore which has very limited farm resources.

But in Singapore, the food costs are very reasonable. In the Philippines, the prices are insane and unrealistic.

In a public hearing at the Senate, farm officials cannot give a coherent and intelligent explanation on why prices of onion rose meteorically.

In Bangkok, a kilo of onions costs less than 100 pesos. It is sold in supermarkets at 100 baht for two kilos. At the current exchange rate, the onions would cost about 70 pesos per kilo, only 10 percent of 700 pesos per kilo at the height of the crisis in the Philippines.

The problem could have been avoided if the farm department had managed the supply side, preventing a shortage that caused prices to increase.

The agriculture department has many farm experts who can project productions, predicting a shortage or a surplus in onions.

So, why did it not recommend importing onions when the country faced a shortage? When it finally decided to import, it was timed to the period when onion farmers started harvesting their produce.

It was a stupid idea. There was no common sense in the decision to import at a time of plenty. Farmers’ groups said the government should have made a decision to import in April or May when supply becomes thin. That way, the prices would remain stable.

The high prices of onions have forced ordinary Filipinos to buy the bulbs abroad because it’s cheaper. For instance, a kilo of onions cost less than 5 dirhams or $1.30 in the United Arab Emirates. This is less than 100 pesos a kilo.

Crew members of a Philippine Airlines flight from Dubai brought home onions for personal use but these were confiscated by the Bureau of Customs, which threatened to file charges against them for violating law.

Senators, like Raffy Tulfo, came to the rescue, criticizing the customs bureau for its failure to stop smuggling of millions of pesos worth of food products, like rice, sugar and onions.

He said the customs bureau is concentrating on small fry and allowing big-time smugglers to escape. The airline crew should have been allowed to bring in the onions as it has become a precious “pasalubong” to family, friends and relatives.

It is true that laws were broken but people would not be forced to buy onions abroad if the government had only controlled the prices in the country.

It’s time for Ferdinand Marcos Jr to give up his position as agriculture secretary. He is a big failure. Costs of agricultural products had not only risen but there were also supply shortages.

In more than seven months in office, Marcos has not regularly visited the Elliptical Road to see the farm situation. He has spent more time traveling abroad, attending parties and watching a car race in Singapore.

His most trusted official in the Department of Agriculture is an old man with outdated farm concepts and realities. He should find a young and dynamic technocrat to run the farm sector so he can concentrate on other things.

His seven months at the farm department was a complete disaster. He could not feed a starving nation with his slogan of unity. He has to do more, giving enough subsidies to poor farmers by providing seeds, fertilizers, and fuel support.

The Philippine agricultural sector is not competitive. Many are still relying on carabaos to plow the field. There are no grain silos, enough farm-to-market roads, and a transportation system.

It is more expensive and tedious to ship rice from Mindanao than to get it from Vietnam and Thailand. There is a need to modernize the country’s farm sector.

Modernizing agriculture should start with changing the leaders at the farm department. Marcos should step down. He should bring in the professionals.

The onion crisis should be a wake-up call for Marcos. It was a problem that could have been prevented. But he allowed it to happen.