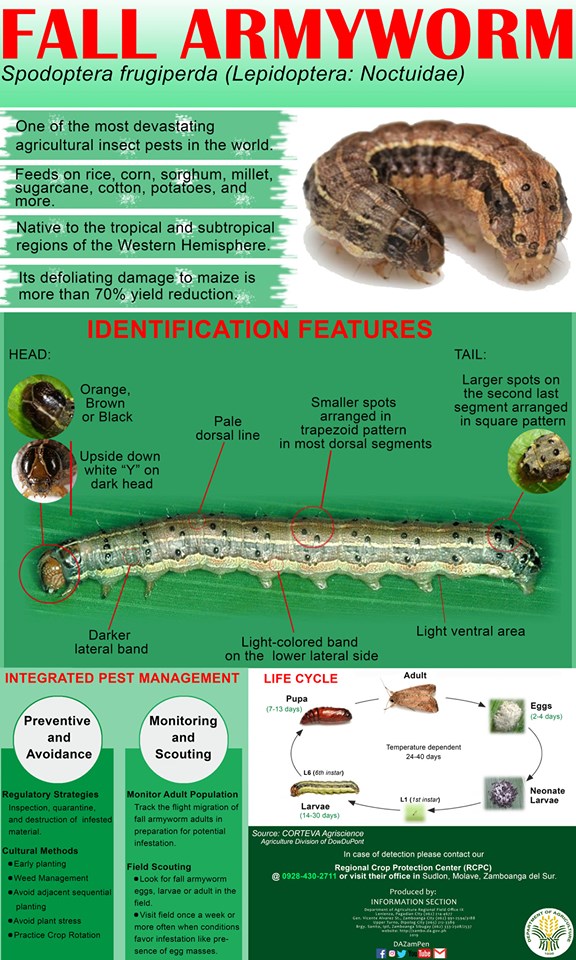 Information material about the Fall Armyworm (from DA RFO XII)

Provincial Agriculturist Japhet Masculino stated that infestation could be controlled and contained through the proper and regular application of insecticides.

However, the Bureau of Plant Industry (BPI) released a memorandum stating that the destructive Fall Armyworm has a high reproductive rate and is difficult to control as they have a natural tolerance to some insecticides.

Around three hectares of corn crops in Escalante City were affected, too.

Lacson said there is a “critical need” to ensure preparedness and strengthen pest surveillance and management activities. (RJ Espartinez)