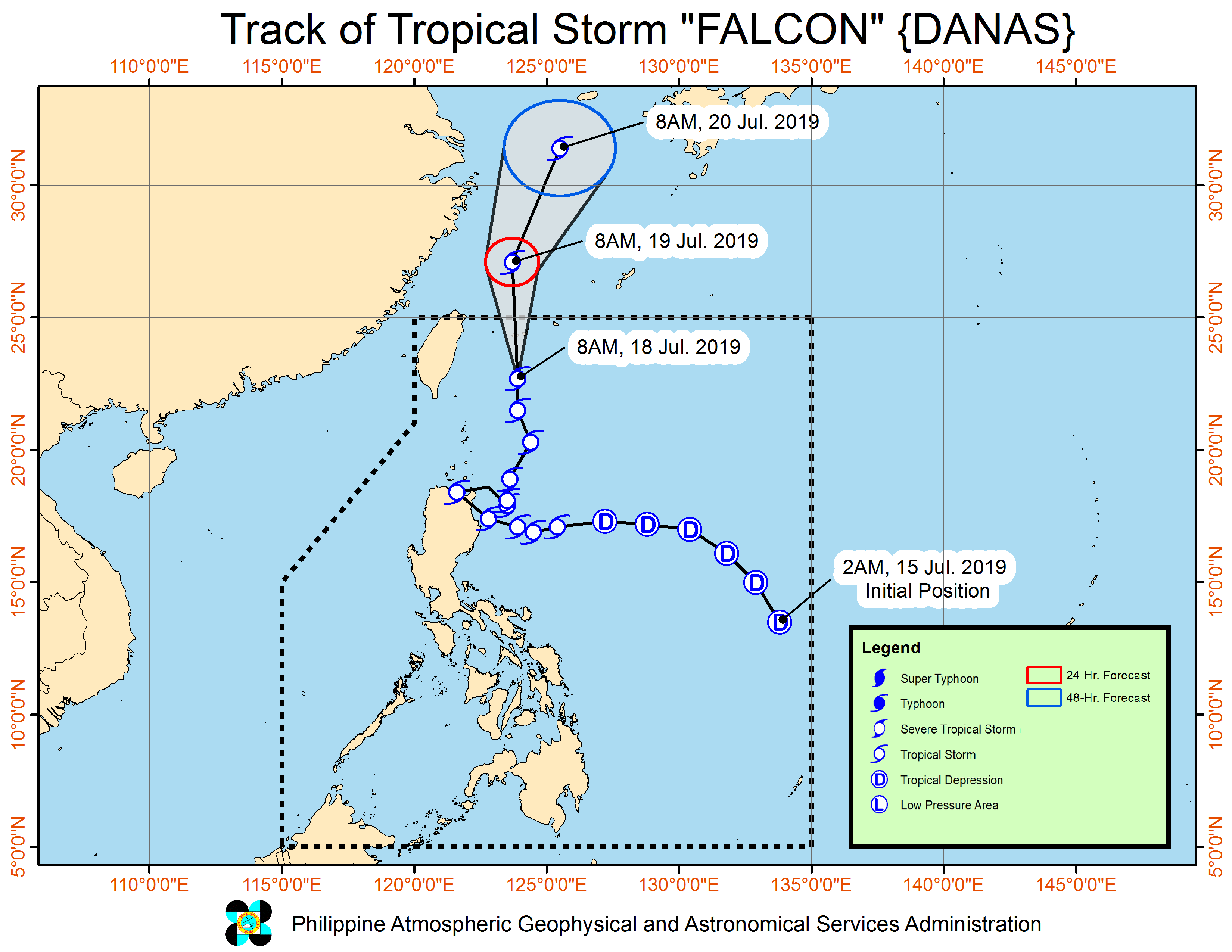 Tropical storm “Falcon” slightly intensified but is expected to be out of the Philippine area of responsibility by Thursday evening.

Falcon moved north at 20 kilometers per hour (kph) and was spotted 385 kilometers (km) north-northeast of Basco, Batanes at 10 a.m. on Thursday.

Weather forecasters downgraded the Batanes islands to Signal No. 1, while the Babuyan islands were no longer placed under any tropical cyclone warning.

The Philippine Atmospheric, Geophysical and Astronomical Services Administration (Pagasa) however said moderate to at times heavy rains would still be experienced over the Ilocos Region, Zambales, Bataan, Cavite, Batangas, Occidental Mindoro, and northern Palawan including the Calamian and Cuyo Islands.

Light to moderate to at times heavy rains will be experienced over Metro Manila and the rest of Luzon, it added.

Pagasa said a low-pressure area, estimated at 250 km west-northwest of Sinait, Ilocos Sur, might develop into a tropical depression within 48 hours.

The number of families affected by Falcon has so far reached 87, or 391 individuals, in 12 villages in Region 2 and the Cordillera Administrative Region.

This was bared by the National Disaster Risk Reduction and Management Council, in its 6 a.m. Thursday update.

Of these, 18 families or 86 persons were either inside and outside evacuation centers.

Also, a total of 72 passengers were reported stranded in the ports of Central and Western Visayas and Bicol, while 22 domestic flights were cancelled. (PressONE.ph, PNA)