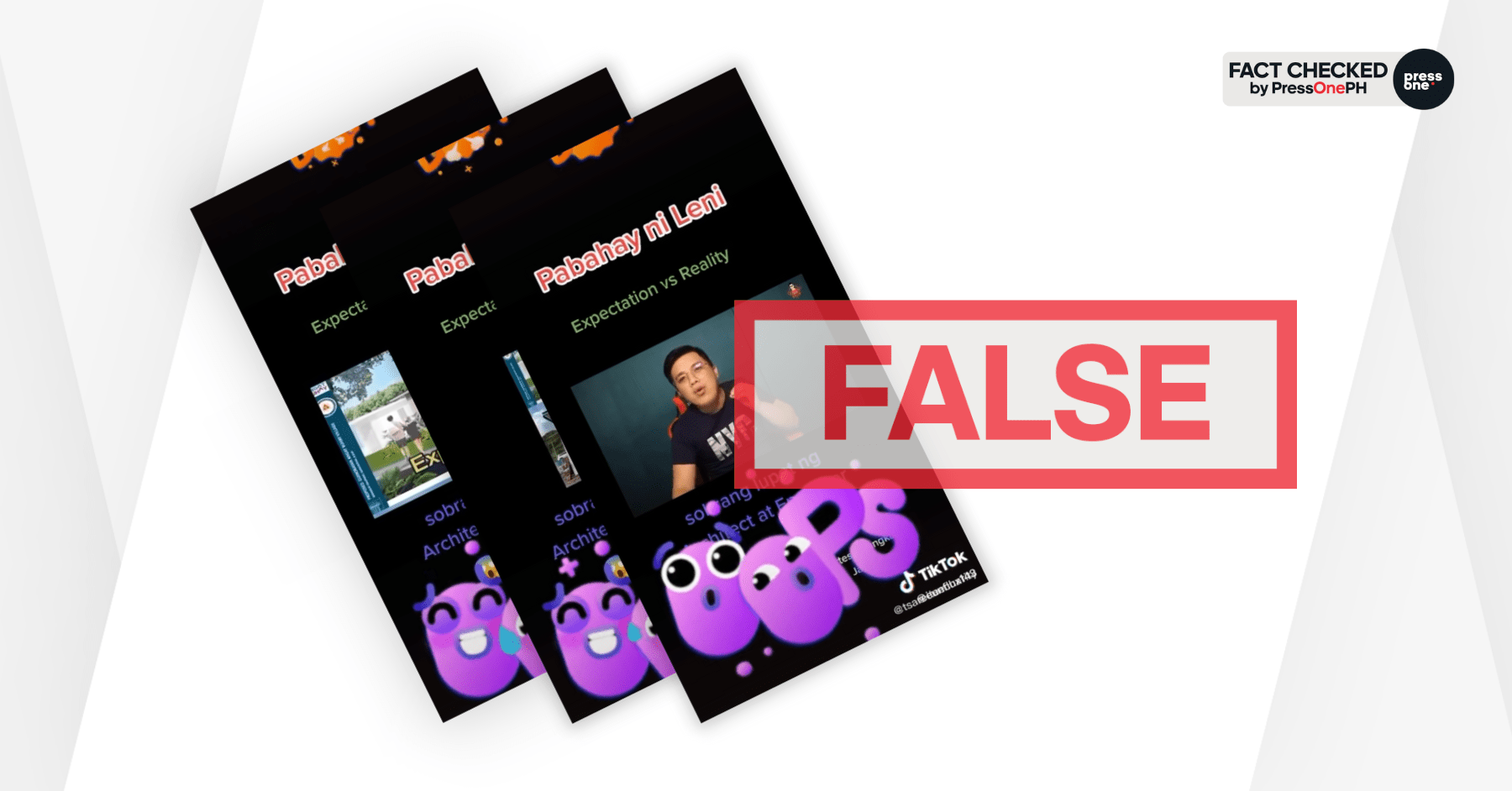 The video recycled an old “Expectation vs Reality” meme to illustrate how substandard was the alleged actual housing unit that the Office of the Vice President (OVP) turned over to its recipients. 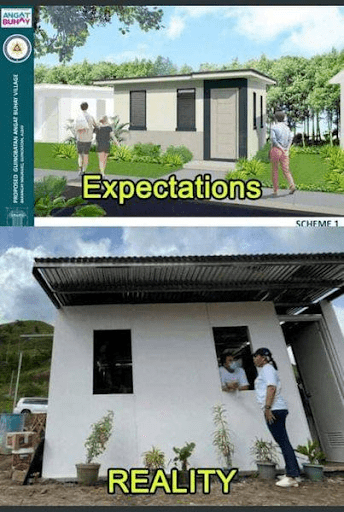 Later on, the user said that their expectations were far from reality as he showed a picture of the housing project using substandard materials.

The claim was already debunked on VP Leni’s Facebook page back in December 2020.  She said the houses shown were mockup houses.

“The house shown in the picture is just a mockup so that our partner beneficiaries will have visuals of the actual size of the house. Please see [the] first picture dubbed as ‘REALITY,’” VP Leni wrote in her post.

In the same post, Robredo attached photos of the actual housing units.

A Dec. 2020 article by ABS-CBN News showed a video interview of Robredo including photos and video documentation of the housing project, from the groundbreaking to the construction of the houses.  In the article, Robredo urged critics of her housing project to help instead of spreading false claims about the project.

During a Senate hearing on disinformation, University of the Philippines Journalism professor Yvonne Chua said Robredo is the “biggest victim of disinformation or negative messaging.” Bianca Marie Austero