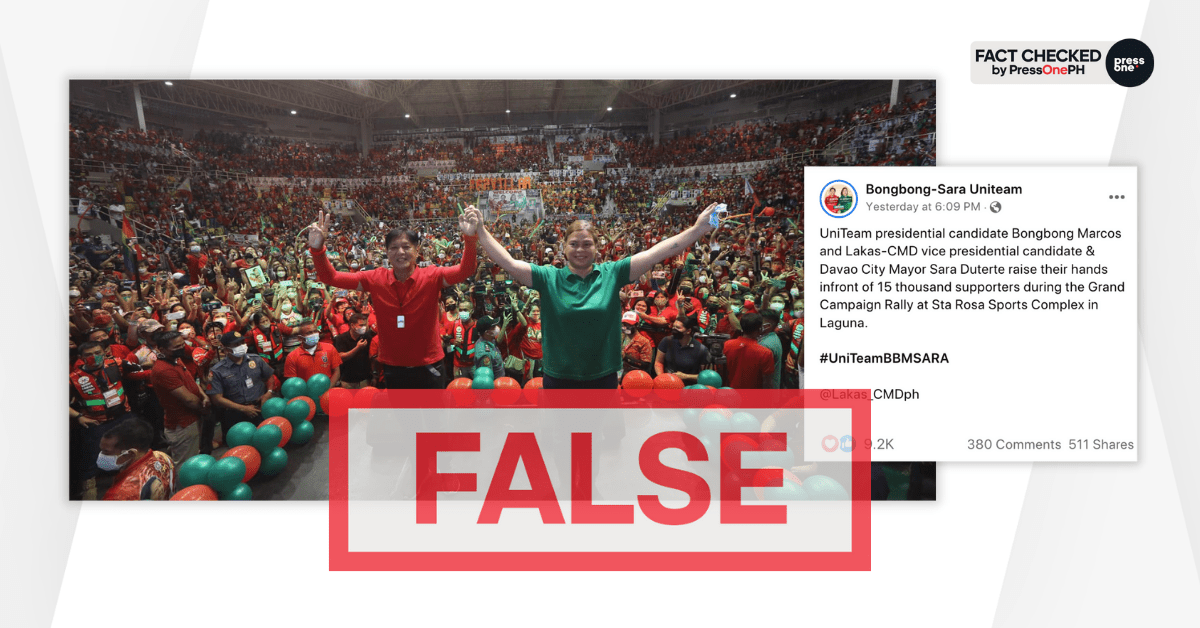 As reported by various news outlets like Rappler, Manila Times, and Manila Standard, the party’s campaign rally at Sta. Rosa Sports Complex did happen on March 11. However, none of the reports indicated the crowd estimate at the grand rally at Sta Rosa.

According to the Sta. Rosa City Government website, the “World Class Multi-Purpose Complex” has a seating capacity of only 5,700.

Rappler’s Bea Cupin also uploaded on Twitter a 19-second video clip of actress Toni Gonzaga performing “Titanium,” which shows empty bleachers in the background, suggesting that the entire complex was not filled to capacity. The empty seats appeared to be those located at the back of the stage where Gonzaga was performing, the part of the complex not shown in the picture with Marcos and Duterte raising their hands together.

The Bongbong-Sara Uniteam page also posted a video clip that captured the empty seats at the back of the rally’s stage.

Unquestionably, the UniTeam’s grand rally was attended by “thousands” of people, but to claim that the event gathered 15,000 is false based simply on the indoor capacity of the Sta. Rosa Sports Complex. – Ryan Christopher J. Sorote