The video, which has been liked 653,000 times and commented upon more than 20,000 times on Tiktok, is yet another attempt to downplay the abuses and excesses of Martial Law and help deodorize the Marcos name amid the presidential campaign. 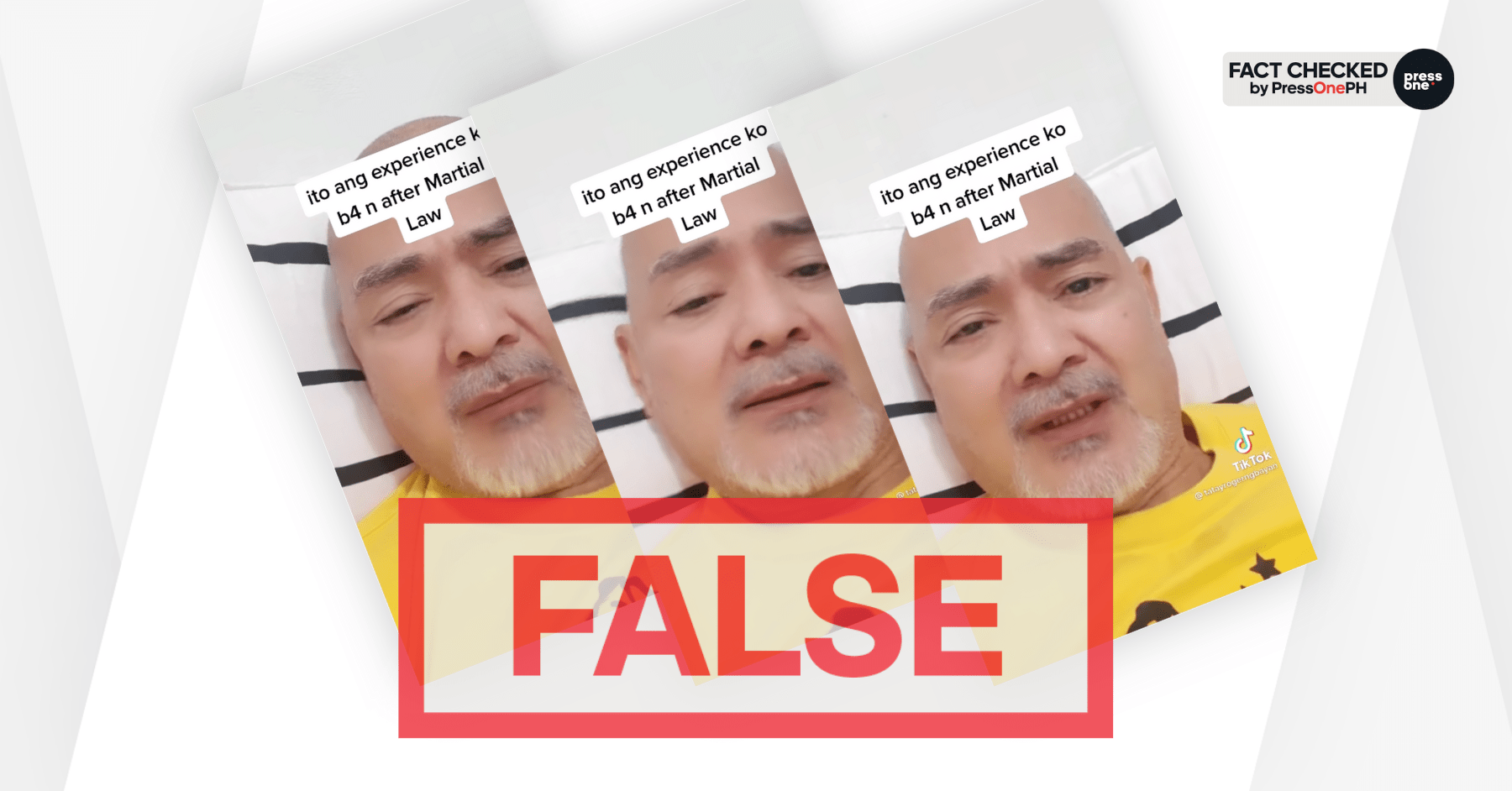 CLAIM: Only subversives were victimized by the Martial Law regime of the late dictator Ferdinand Marcos

A Tiktok user has falsely claimed that only subversives were victimized by the brutal Martial Law regime of the late dictator Ferdinand Marcos.

Roger Navales, who goes by the handle @tatayrogerngbayan on Tiktok, made the false claim in a three-minute tirade against journalist Jessica Soho. This was after the controversy over the refusal of the late dictator’s son, Ferdinand Marcos Jr., the frontrunner in the presidential race, to guest in Soho’s series of interviews with presidential candidates in January. A clip of Soho’s 2015 graduation speech at UP Cebu, where she spoke out against Martial Law, was spread by Marcos supporters on social media.

Navales claimed, without any basis, that there were only two sides to Martial Law: those who complied with the Marcos government and did not get killed or hurt, and those who sought to overthrow the government and met the opposite fate.

Tatay Roger, whose arguments were filled with fallacies of sweeping generalization and dramatic instances, is wrong.

No less than a law, Republic Act No. 10368, otherwise known as the “Human Rights Reparation and Recognition Act of 2013,” recognized Martial Law atrocities and provided for compensation to some 11,000 victims, and not all of them were subversives.

Amnesty International says “The nine-year military rule ordered by then President Ferdinand Marcos in 1972 unleashed a wave of crimes under international law and grave human rights violations, including tens of thousands of people arbitrarily arrested and detained, and thousands of others tortured, forcibly disappeared, and killed.”

Even those only perceived as critical of the government, including journalists, were arrested, Amnesty said. The human rights organization cited an interview with Marcos himself in its new article titled “Five things to know about Martial Law in the Philippines.”

“During the Martial Law era (1972-1981), and during the remainder of President Marcos’s term, Amnesty International documented extensive human rights violations which clearly showed a pattern of widespread arrests and detention, enforced disappearances, killings and torture of people that were critical of the government or perceived as political opponents,” it said.

“In an interview with the organization in 1975, President Marcos told Amnesty International that over 50,000 people had been arrested and detained under martial law from 1972-1975; those arrested included church workers, human rights defenders, legal aid lawyers, labor leaders and journalists.”

The Tiktok video, which has been liked 653,000 times on Tiktok and commented upon more than 20,000 times, is yet another attempt to downplay the abuses and excesses of Martial Law and help deodorize the Marcos name amid the presidential campaign.