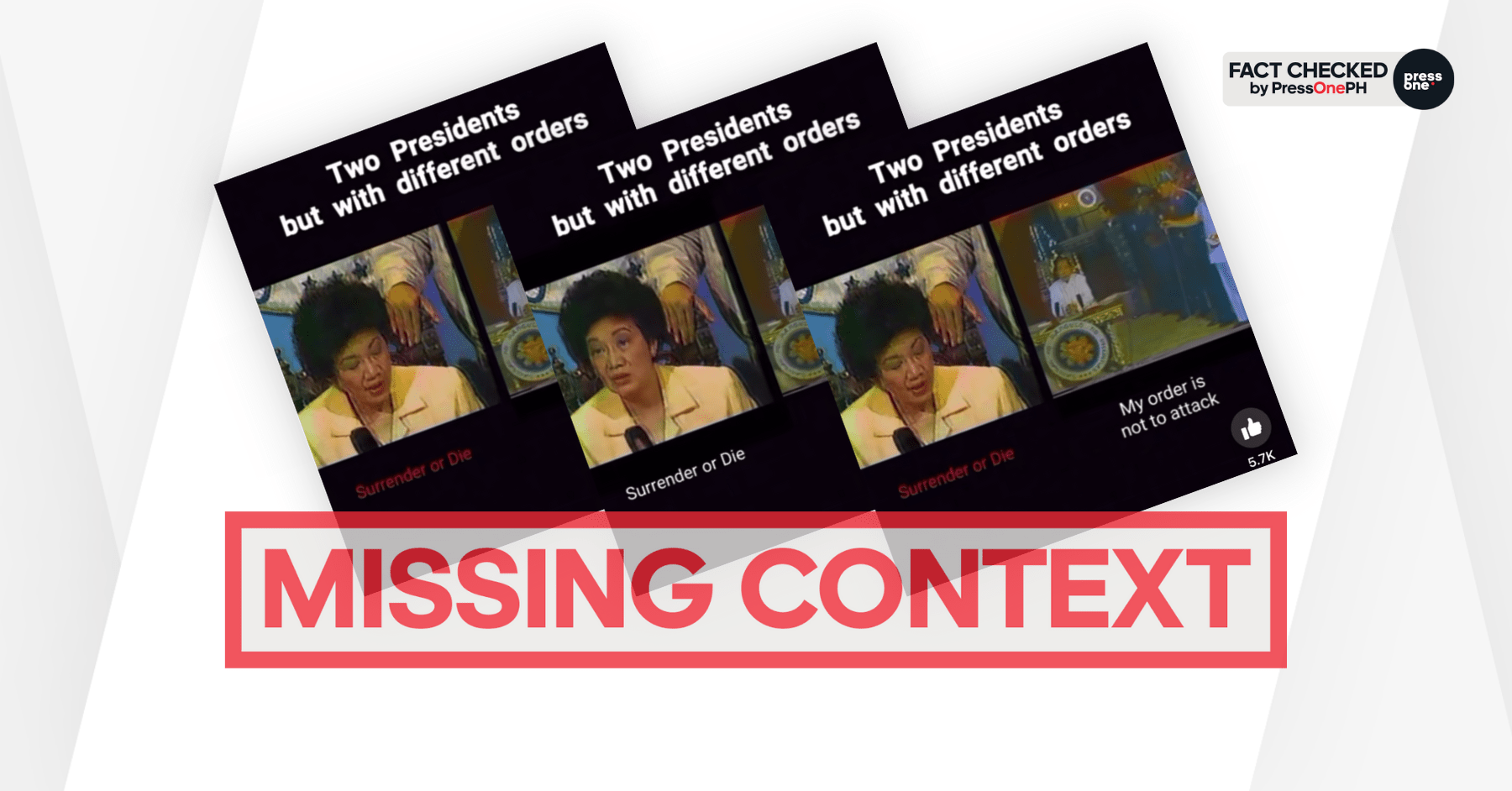 Without proper historical context, videos comparing the orders of two ex-presidents, Ferdinand Marcos during the 1986 EDSA “People Power” Revolution and Cory Aquino during the 1989 coup attempt, are being circulated by Marcos supporters.

The 30-second video wrongly implies that Aquino was willing to sow violence while Marcos did not, pursuing the faulty narrative that Marcos was a benevolent dictator while Aquino, a democracy icon, was not exactly blameless.

But the video sorely lacks context.

The video shows Aquino and Marcos in a split screen, with Aquino’s clip running ahead of Marcos’s.

Aquino is shown saying: “The solemn oath of the soldier is to defend the constitution. We leave them two choices: to surrender or die.” See the accounts of the Washington Post and the Los Angeles Times.

Marcos is later shown instructing his military chief Fabian Ver: “My order is not to attack. No, no, no. Hold on; not to attack.” See the reporting of the Washington Post and the Los Angeles Times.

First, the videos were more than three years apart. Aquino ordered the attack on putschists led by Gregorio Honasan in December 1989, the most serious attack against her presidency. Marcos’s order to Ver was given in February 1986 during the EDSA revolt led by a faction of the military.

While both incidents involved military personnel, the crucial difference was civilian support. The 1986 People Power uprising succeeded because hundreds of thousands of people had massed up at Camps Crame and Aguinaldo in Quezon City. This was the reason Marcos rejected Ver’s request to launch an attack.

There was no such situation during the 1989 coup attempt, which saw rebel soldiers launch an air attack on Malacañang and Aquino forced to issue an ultimatum to rogue military men.

The out-of-context video has been uploaded by pro-Marcos users at least four times this month, with hundreds of views and dozens of shares on Facebook.