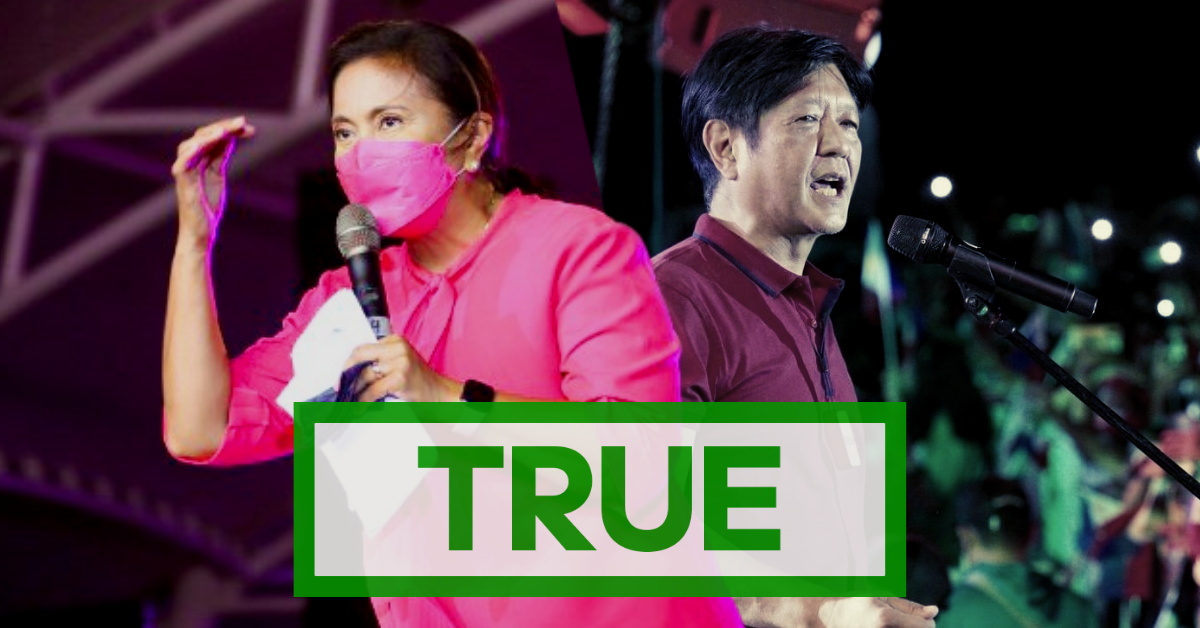 Vice President Leni Robredo on May 6 said she had beaten ex-senator Ferdinand Marcos Jr. repeatedly in election-related contests, apparently out of exasperation over the latter’s insistence that he was cheated of the vice presidency in the 2016 elections.

First, Robredo defeated Marcos Jr. in the 2016 election for vice president, a fact that the Marcos camp refuses to acknowledge. In fact, Marcos spokesman Vic Rodriguez refuses to call Robredo as “Vice President,” and instead addresses her as “Mrs. Robredo.”

She again defeated Marcos in a recount sought by the latter in three “pilot provinces”: Camarines Sur, Iloilo, and Negros Oriental. After the “revision” of ballots, Robredo even increased her lead to 278,566 votes. See page 12 of the Feb. 16, 2021 decision of the Presidential Electoral Tribunal (PET).

Finally, all 15 justices of the Supreme Court, sitting as the PET, sided with Robredo and voted to throw out Marcos’s election protest, in a Feb. 16, 2021 ruling released to the public in April 2021.

Mr. Marcos’s false narrative that he was cheated of the vice presidency in 2016 continues to be repeated by supporters on social media, despite the lack of any basis.

We will continue to debunk these claims as they are made.