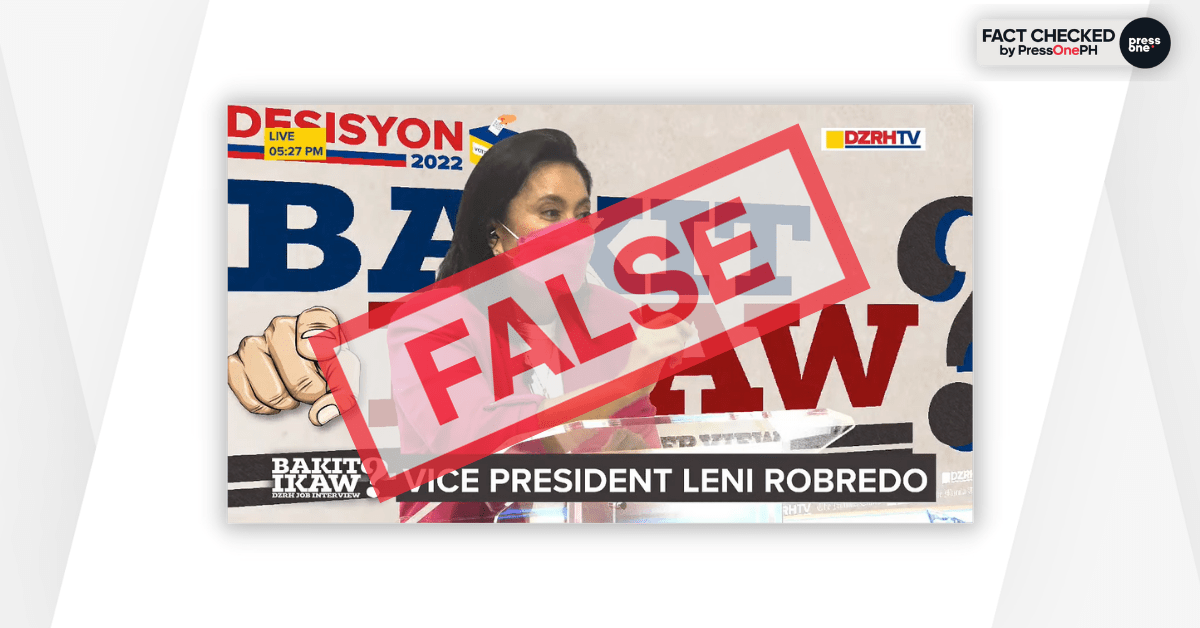 Claim: All government programs brought to the local level need “free prior and informed consent.”

The concept of FPIC applies to the rights of indigenous peoples, as enshrined under the Indigenous Peoples’ Rights Act (IPRA) of 1997 or Republic Act 8371. This means that not all government projects require FPIC.

The law defines “free prior and informed consent” as “the consensus of all members of the ICCs/Ips (Indigenous Cultural Communities/Indigenous Peoples) to be determined in accordance with their respective customary laws and practices, free from any external manipulation, interference and coercion, and obtained after fully disclosing the intent and scope of the activity, in a language and process understandable to the community.”

Under the guidelines of the National Commission on Indigenous Peoples (NCIP), FPIC is given by the concerned ICCs/IPs “upon the signing of the Memorandum of Agreement (MOA) containing the conditions/requirements, benefits as well as penalties of agreeing parties as basis for the consent.” The NCIP also issues a certification. Eight such certificates were issued in 2020.

During Robredo’s turn to undergo grilling in the “Bakit Ikaw? The DZRH Presidential Job Interview” on Feb. 2, retired political science professor Antonio Contreras asked the vice president if she would send all Duterte administration projects back to the drawing board if there were protests. Robredo said:

Robredo, however, was wrong to apply the FPIC concept to all government projects brought to the local level. The FPIC process is observed only in projects affecting ancestral domains or lands, and not just by the government but also by private proponents.

In the 2013 report titled “An assessment of the implementation of the Free and Prior Informed Consent (FPIC) in the Philippines” published by the Deutsche Gesellschaft für Internationale Zusammenarbeit (GIZ) GmbH, FPIC is mentioned as a mechanism for the self-determination of indigenous peoples implemented through the IPRA.

The NCIP in its 2020 annual report did say that it had received reports of FPIC violations in projects involving agencies such as the Department of Energy, the National Irrigation Authority, and even the Department of Environment and Natural Resources.