Ormoc City Mayor Richard Gomez thought that Rappler originated the story that fact-checked his claim that Bongbong Marcos was the only presidential candidate who helped Ormoc City in times of calamities. 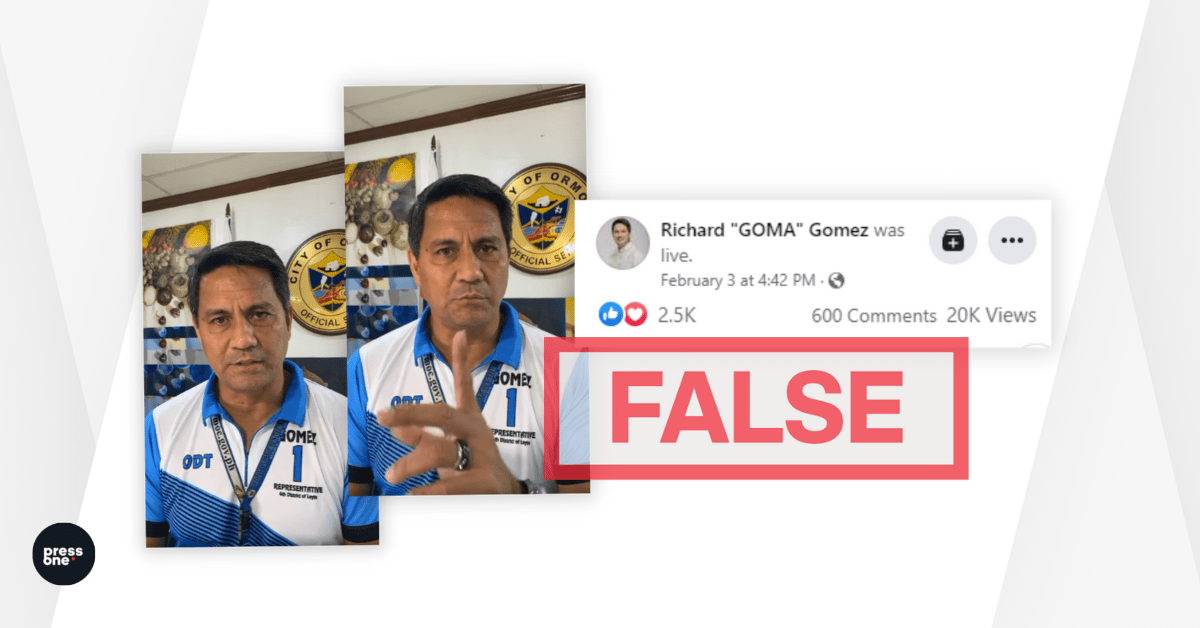 Ormoc City Mayor Richard Gomez thought that Rappler wrote the story that fact-checked his claim that Bongbong Marcos was the only presidential candidate who helped Ormoc City in times of calamities.

In a video by YouTube channel “SHOWBIZ CHIKA-DORO,”  Gomez doubled down on his claim that Marcos was the only politician who helped Ormoc during disasters and difficult times. He said in the video:

The actor-turned-politician mentioned Rappler five times in the video. His other mentions of Rappler as the publisher of the fact-check story are as follows:

Did Gomez actually read the PressONE.PH article?  That we cannot fact check.

But PressONE.PH did fact-check his claims in the video where he doubled down on his debunked claim that no other presidential candidate in the 2022 elections had helped Ormoc City during “disasters and calamities” except for former senator Ferdinand “Bongbong” Marcos Jr.

And we can ascertain that his claim that Rappler originally published the story that rated his earlier claim that Marcos, Jr. is the only presidential candidate who helped Ormoc in times of need, is false, is also rated FALSE. – Rommel F. Lopez

PressOne.PH has adopted Facebook’s ratings options for third-party fact checkers and is working toward accreditation with the International Fact-Checking Network (IFCN). See our fact-checking policy here.