FACT-CHECK: Pre-election surveys are not illegal

Various posts circulating in social media claim it is illegal under the law to conduct and release election surveys a week before the elections. This is false. 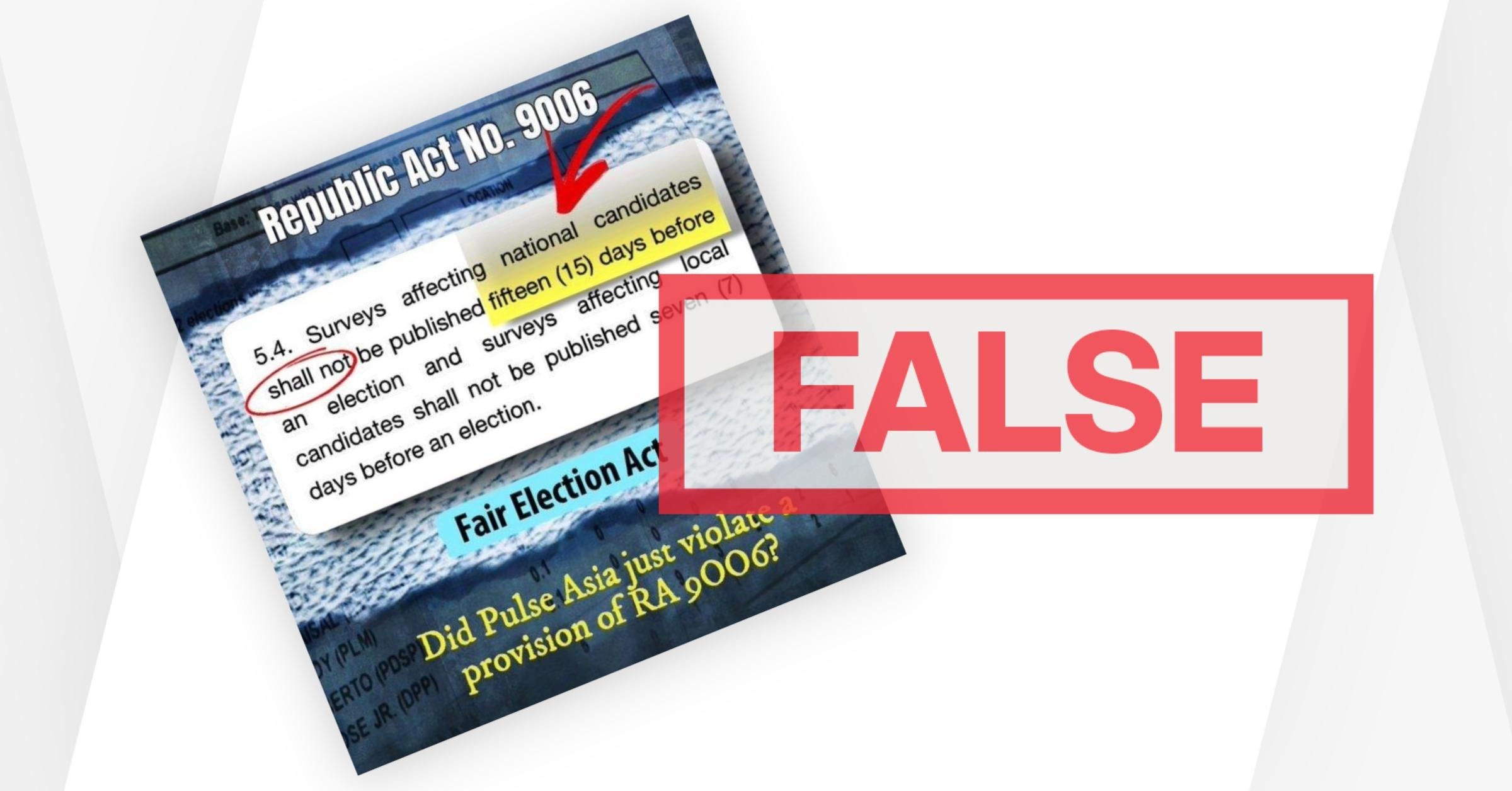 CLAIM:  Pre-election surveys are illegal under the Fair Elections Act.

Various posts circulating in social media claim that the release of pre-election surveys is illegal under section 5.4 of Republic Act (RA) 9006 or the Fair Election Act.

Section 5.4 of the law reads as follows:

The social media posts also claim that survey firms like Pulse Asia might be held liable for violating this provision of the law.

For this reason, pre-election surveys are legal.  — Rommel F. Lopez