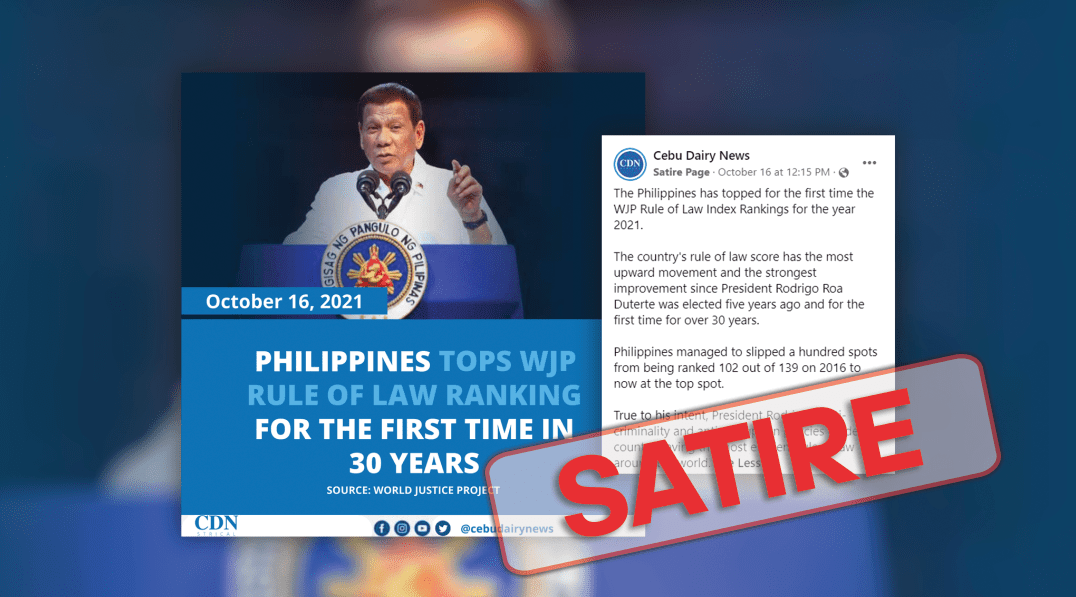 The World Justice Project (WJP) Rule of Law Index is based on national surveys of more than 138,000 households and 4,200 legal practitioners and experts. It measures how the rule of law is experienced and perceived in 139 countries and jurisdictions around the world.

In its latest Rule of Law Index published on Oct. 14, the Philippines was one of the lowest-ranked in the world, placing 102nd out of 139 countries.  The country was ranked 91st in the world in 2020, and placed 13th out of 15 countries in the East Asia and the Pacific region, ahead of Myanmar and Cambodia.

According to the WJP, rule of law in the Philippines remains one of the weakest in the world. 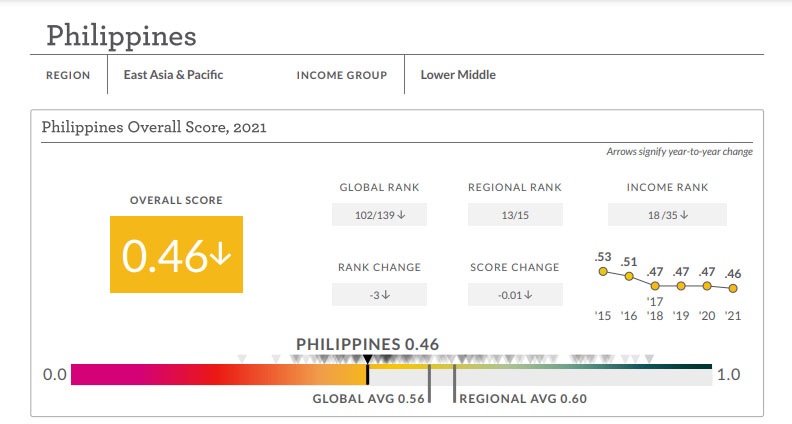 In 2015, the Philippines was ranked 51st but since President Rodrigo came to power in 2016, the country’s ranking significantly dropped to 70th and has been on a continuous downward spiral since.

“Significant trends for the Philippines included a deterioration in the factor measuring order and security,” the WJP said.

The country got the following rankings in other factors in the 2021 index:

A post making the rounds of social media claims the Philippines has topped the World Justice Project (WJP) Rule of Law Index Rankings for the first time.

“The Philippines has topped for the first time the WJP Rule of Law Index Rankings for the year 2021.

The country’s rule of law score has the most upward movement and the strongest improvement since President Rodrigo Roa Duterte was elected five years ago and for the first time for (sic) over 30 years.

True to his intent, President Rodrigo’s anti-criminality and anti-corruption policies made the country having (sic) the most efficient rule of law around the world.”

This post claims the Philippines has topped the World Justice Project (WJP) Rule of Law Index Rankings for the first time.

Its disclaimer reads: “We don’t represent CDN Digital and we are not in anyway (sic) connected. This page, by mimicking the style of the said news platform, was just made to either ridicule or make fun out of everything we deem as satirical worthy.”

Facebook’s Rating System defines satire as “content that uses irony, exaggeration, or absurdity for criticism or awareness, particularly in the context of political, religious, or social issues, but that a reasonable user would not immediately understand to be satirical.”

It’s satire, but why does putting a label on it matter?

Some of those who shared or commented even congratulated President Duterte for the achievement, thinking it was a real award. 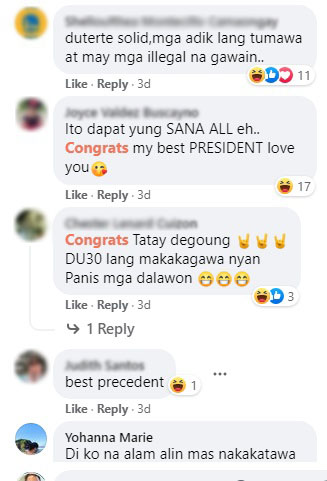 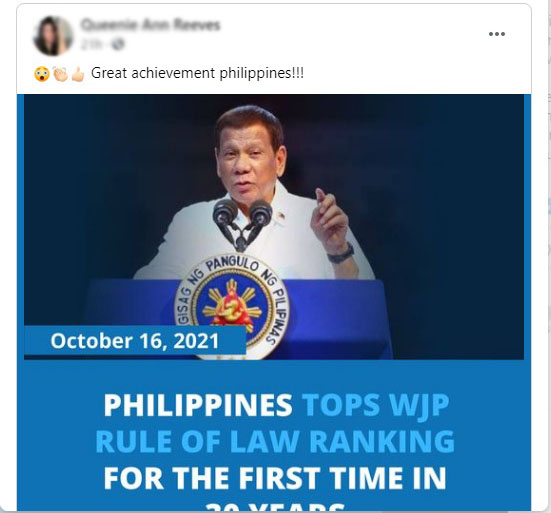 One even complained why the media did not report the “achievement.” 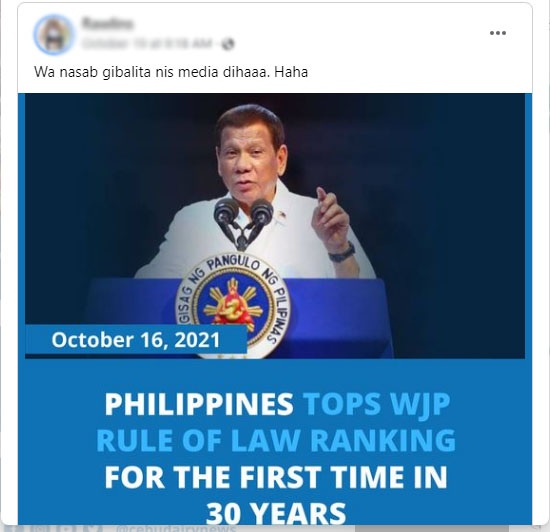 A 2019 study in the United States found that, depending on the headline, people were more likely to be deceived by satirical posts.

To address this, Facebook has partnered with third-party fact checkers to label an article as “satire.” The tech giant has also committed to “significantly reduce” the distribution of disinformation like satire posts “by showing it lower in News Feed.”