FACT CHECK: No proof paid attendees of UniTeam rally in Tarlac were planted by “Dilawans”

A group of people who attended the UniTeam rally in Tarlac were caught on video receiving cash after attending the political rally. Marcos spokesperson, lawyer Vic Rodriguez, accused the political opposition or what he calls “Dilawans” of planting the attendees.  He has not presented any evidence to back up his accusation. 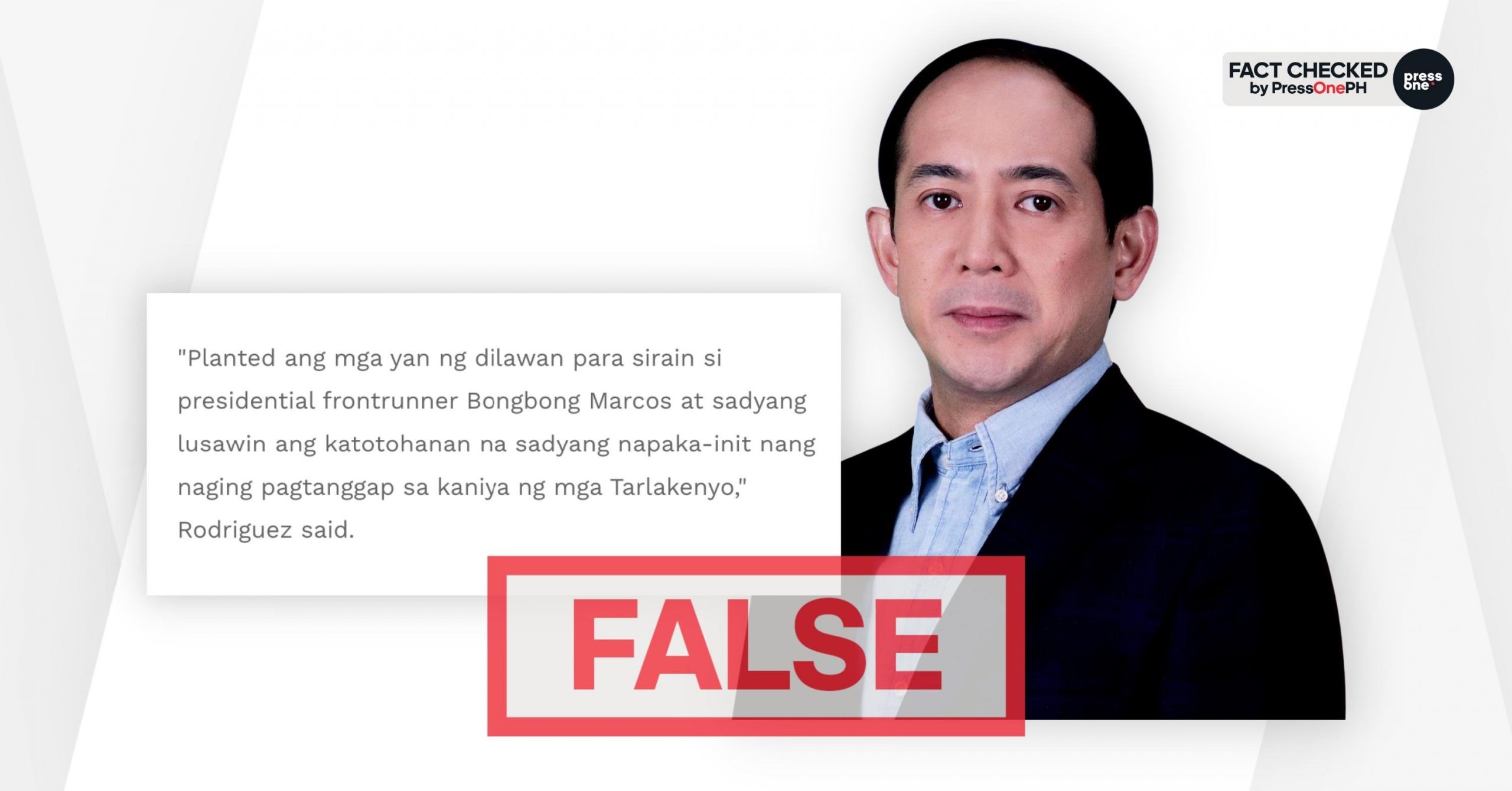 CLAIM: Marcos spokesperson claims that paid attendees of the UniTeam rally in Tarlac were planted by “Dilawans”

Marcos spokesperson Vic Rodriguez claimed that supporters who were recorded receiving money in envelopes in a UniTeam rally in Tarlac were planted by “dilawans” or yellows, a pejorative term used for supporters of the Aquinos– long-time rivals of the Marcoses in Philippine politics.

In a story by ABS-CBN News, Rodriguez dismissed allegations that some residents were offered cash in exchange for their attendance to the political rally of the Marcos-Duterte tandem in the province. However, ABS-CBN and News5 posted photos and footage of residents lining up and receiving cash ranging from P300 to P500 for attending the UniTeam sortie.

This claim has no basis.

Rodriguez did not show any proof that would support or prove his assertions. The term “planted” was used as a statement of fact, but no documentary evidence such as photos, videos, and clips were shown by the Marcos camp to back up the statement.

This was not the first time that the UniTeam was involved in alleged cash distribution incidents in campaign rallies. On March 17, envelopes containing P500 bills were given to attendees of the UniTeam rally in Nueva Ecija. Gov. Aurelio Umali later denied the vote-buying allegations, saying the date of the Marcos-Duterte visit only coincided with the distribution of financial assistance or “ayuda” in the province.

The following week, staunch Marcos supporter and Cavite Gov. Jonvic Remulla publicly gave away cash prizes in a UniTeam sortie in Dasmariñas, less than an hour before the arrival of the Marcos-Duterte tandem. — Lance Mejico