FACT CHECK: No ban on crowds in Cebu until June 2022 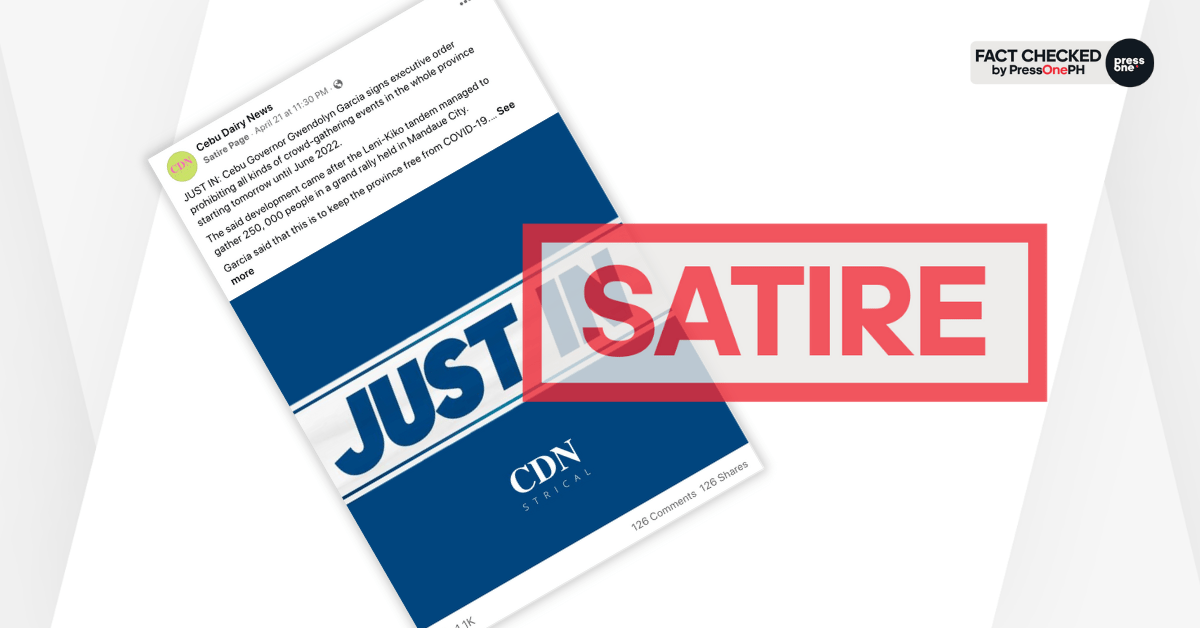 It’s not true that Cebu Gov. Gwen Garcia has issued an executive order banning large crowds of people in Cebu until June 2022 to prevent the spread of coronavirus.

The “announcement” came from the satire page “Cebu Dairy News” on April 21, apparently meant to draw laughs from its followers.

But the satire post drew the ire of Garcia, who posted the following day a screenshot of the post with the words “FAKE NEWS” superimposed.

“Cebu Dairy News” mimics the old Cebu Daily News page, which was rebranded “CDN Digital” after the print edition was discontinued in late 2018.

PressOne.PH’s fact-checkers rate as “SATIRE” content that uses “irony, exaggeration, or absurdity for criticism or awareness, particularly in the context of political, religious, or social issues, but that a reasonable user would not immediately understand to be satirical.”

While “Cebu Dairy News” clearly describes itself as a parody page, the post in question was not labelled as satire, and could still mislead people, such as the Cebu governor.