An avid Marcos supporter made the false claim that the UniTeam rally in Tacloban drew 300,000 people 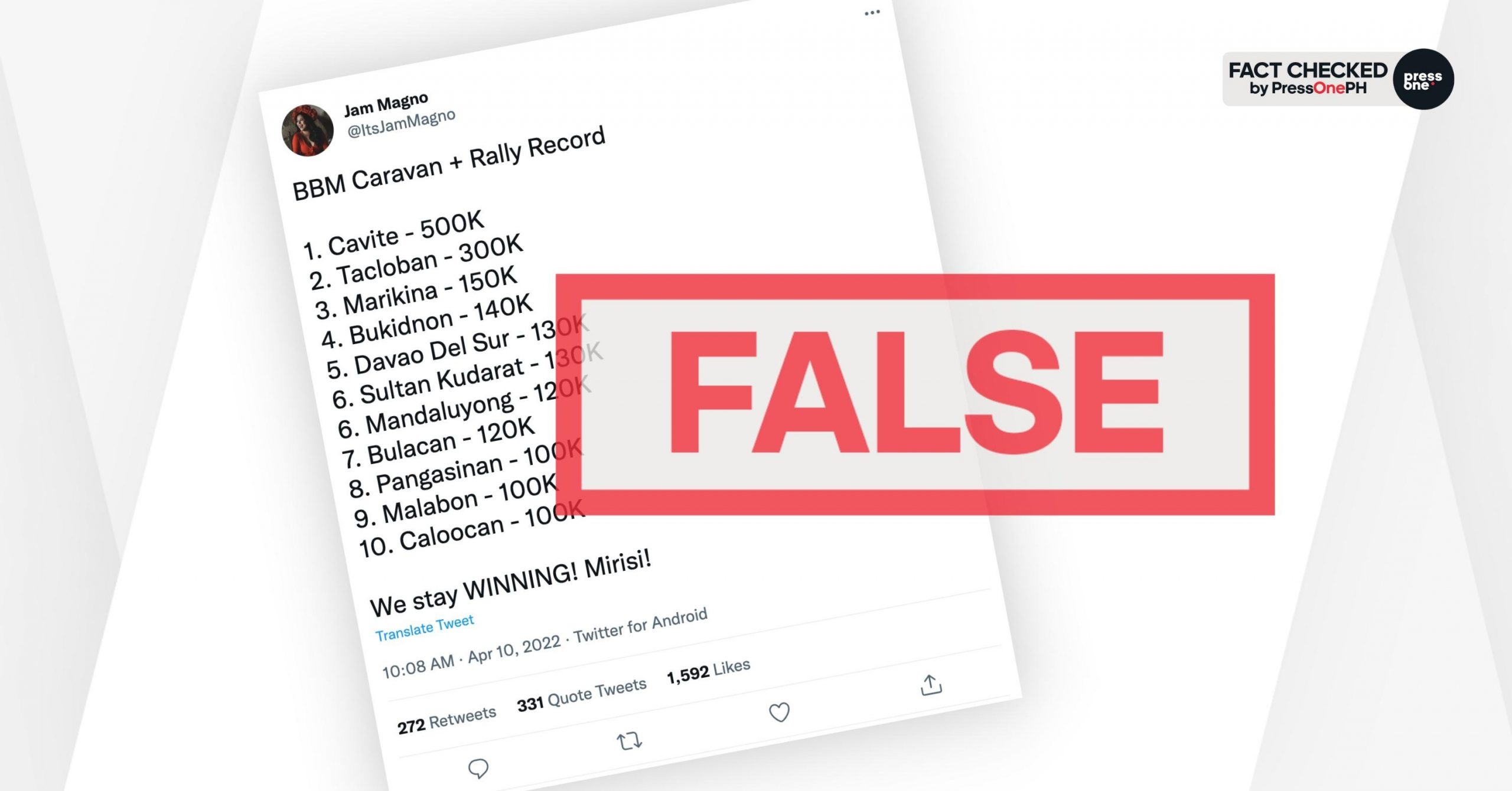 Internet personality and Marcos supporter Jam Magno, who was permanently suspended on Twitter back in January, said in a tweet that the UniTeam’s Tacloban Rally had 300,000 attendees.

In three separate reports from Rappler, Philippine News Agency, and Manila Bulletin, local organizers said that a crowd of more than 150,000 was in the rally, while the Tacloban police office recorded an estimated attendance of 120,000.

This was more or less half of what Magno claimed.

Using the crowd estimating website Mapchecking.com, we found that the entire oval of the Leyte Sports Development Center could only accommodate an estimated capacity of 78,550 people, at five people per square meter.

This was much lower than  the estimates of the local organizers and Tacloban police.

This was much lower than  the estimates of the local organizers and Tacloban police.

Rappler reported the conflicting claims of the organizers and the rally hosts about the venue’s capacity.

The Commission on Elections (Comelec) has said Leyte (with Ormoc City and Tacloban City) has 1,350,867 registered voters.