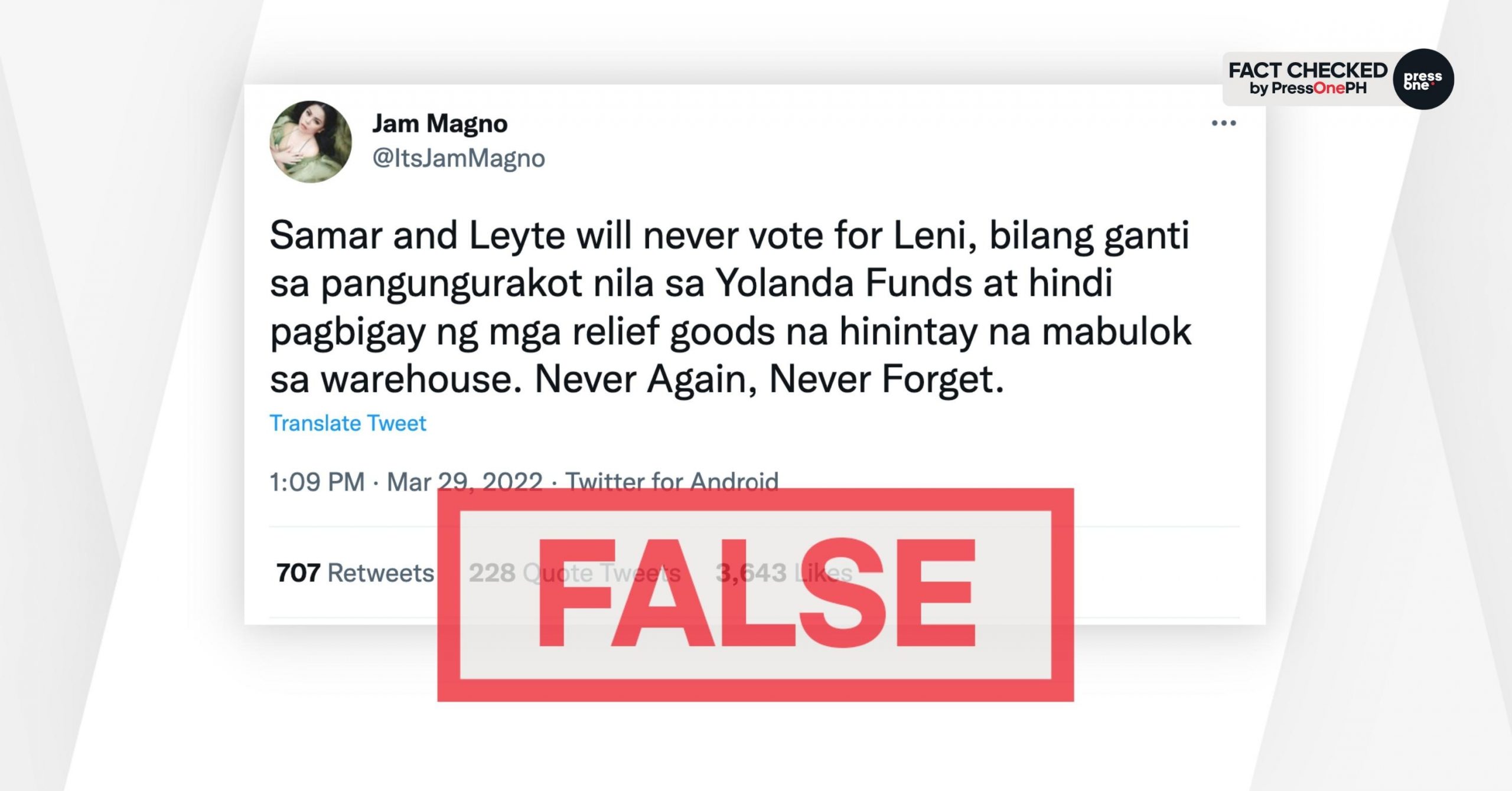 CLAIM: Samar and Leyte voters will never vote for Leni Robredo as retribution for pocketing Yolanda funds and leaving relief goods to rot in warehouses.

While no one has the magical ability nor the technology to accurately predict who a person or a group of people will choose as their next leader, internet personality Jam Magno, who was suspended from Twitter in January 2022,  boldly predicted in a tweet that Samar and Leyte voters would never vote for Vice President Maria Leonor “Leni” Robredo as president in the May 9 elections in retribution for stealing the funds intended for the rehabilitation of areas devastated by Super-typhoon “Yolanda” (international name Haiyan) and for leaving relief goods to rot in warehouses.

The claim that Robredo stole Yolanda funds is false.

The claim that Robredo was responsible for the relief goods that ended up rotting in warehouses instead of getting distributed to typhoon victims is also false.

Robredo had no involvement whatsoever in the warehousing and distribution of the relief goods for Yolanda victims.  Samar and Leyte were heavily devastated by the supertyphoon when it struck in Nov. 2013.  Robredo was the representative of the third district of Camarines Sur at that time.  The official directly responsible for the relief goods was the late Corazon “Dinky” Soliman, the secretary of Social Welfare and Development.

We can only fact check Magno’s claim about Samar and Leyte voters boycotting Robredo when the Commission on Elections releases the official election results after May 9.  – Rommel F. Lopez