Fact Check: Marcos son falsely quoted as saying dad was an ‘addict,’ had ‘no plans yet about his platforms’ 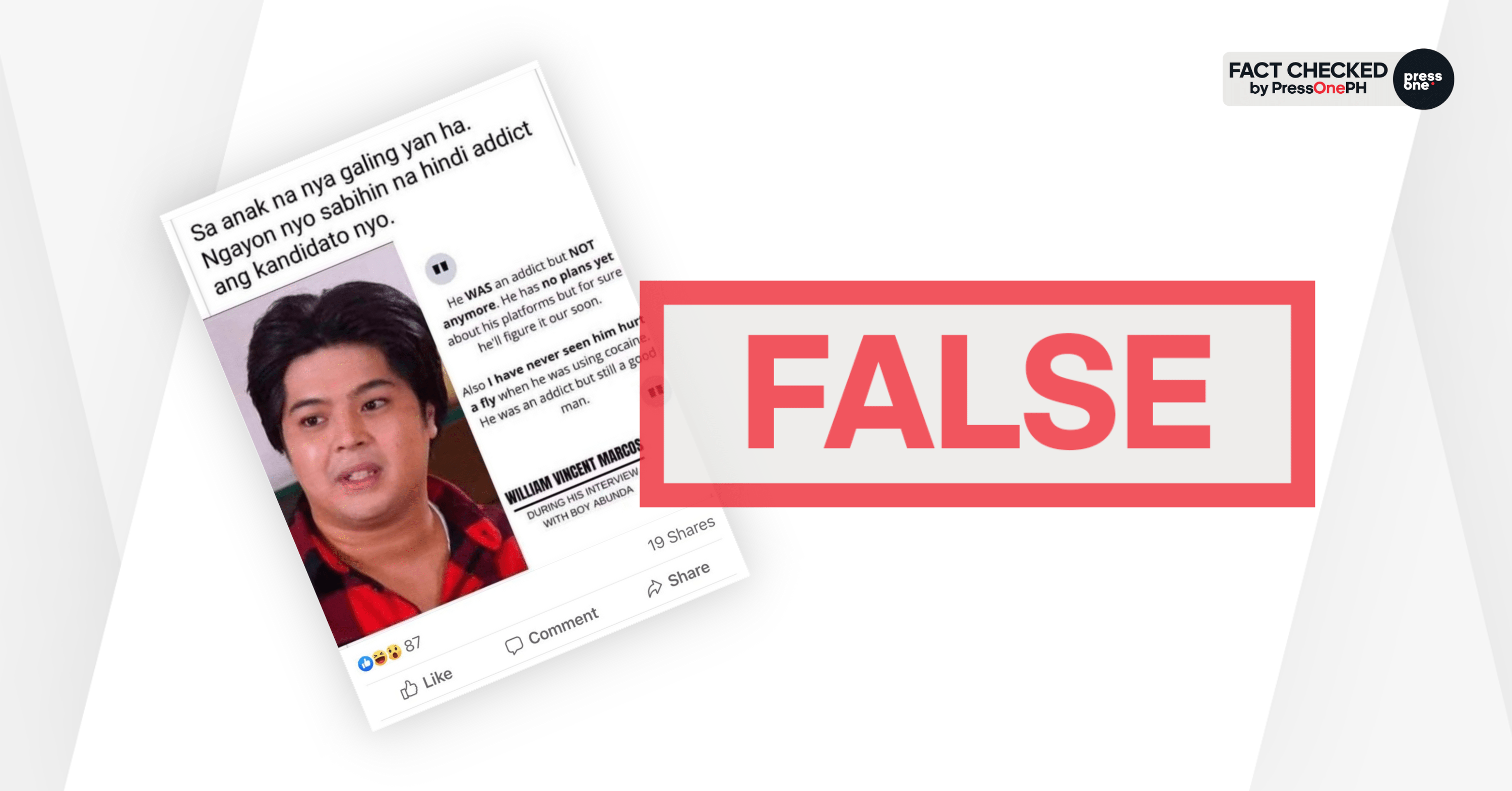 Claim: The son of Ferdinand Marcos Jr. said the presidential bet used to be a drug addict and had ‘no plans yet about his platforms’

A quote card falsely claims that the son of Ferdinand “Bongbong” Marcos Jr. said during an interview that the presidential candidate used to be a drug addict and had “no plans yet about his platforms.”

The card made it appear that the quote came from an interview by talk show host Boy Abunda, posted on “The Boy Abunda Talk Channel” on March 9, 2022.

The interview, which has been viewed more than 1.8 million times on Youtube, revealed how Marcos Jr. was as a father and a husband, and other details such as his pet peeve and his collection of guns and books.

In a statement, Abunda said “Our attention has been drawn to a false quote card that has been circulating on social media bearing the photo of William Vincent Marcos with a statement allegedly from his interview with Boy Abunda saying that his father, presidential candidate Bongbong Marcos was an addict.”

“The graphic or quote card was posted with the caption, ‘Sa anak na nya galing yan ha. Ngayon nyo sabihin na hindi addict ang kandidato nyo,’ and made it appear that the quote therein is from an interview with Boy Abunda. This is false and manipulated content.”

“We are aware that a lot of netizens have fallen victim to this malicious form of dangerous information and communication materials, not founded in fact, and has the potential to incite backlash against any guest, host, program, or defame their character,” he said. “We appeal to the public to stop sharing fabricated and unverified information.”

William Vincent Marcos, also called “Vinny,” 24, is the third child of the Marcos couple, after Ferdinand Alexander III or Sandro, who is running for Congress, and Joseph Simon.