As a senator in the 16th Congress, Ferdinand “Bongbong” Marcos Jr. only attended 146 out of 214 plenary sessions and was late 34 times. 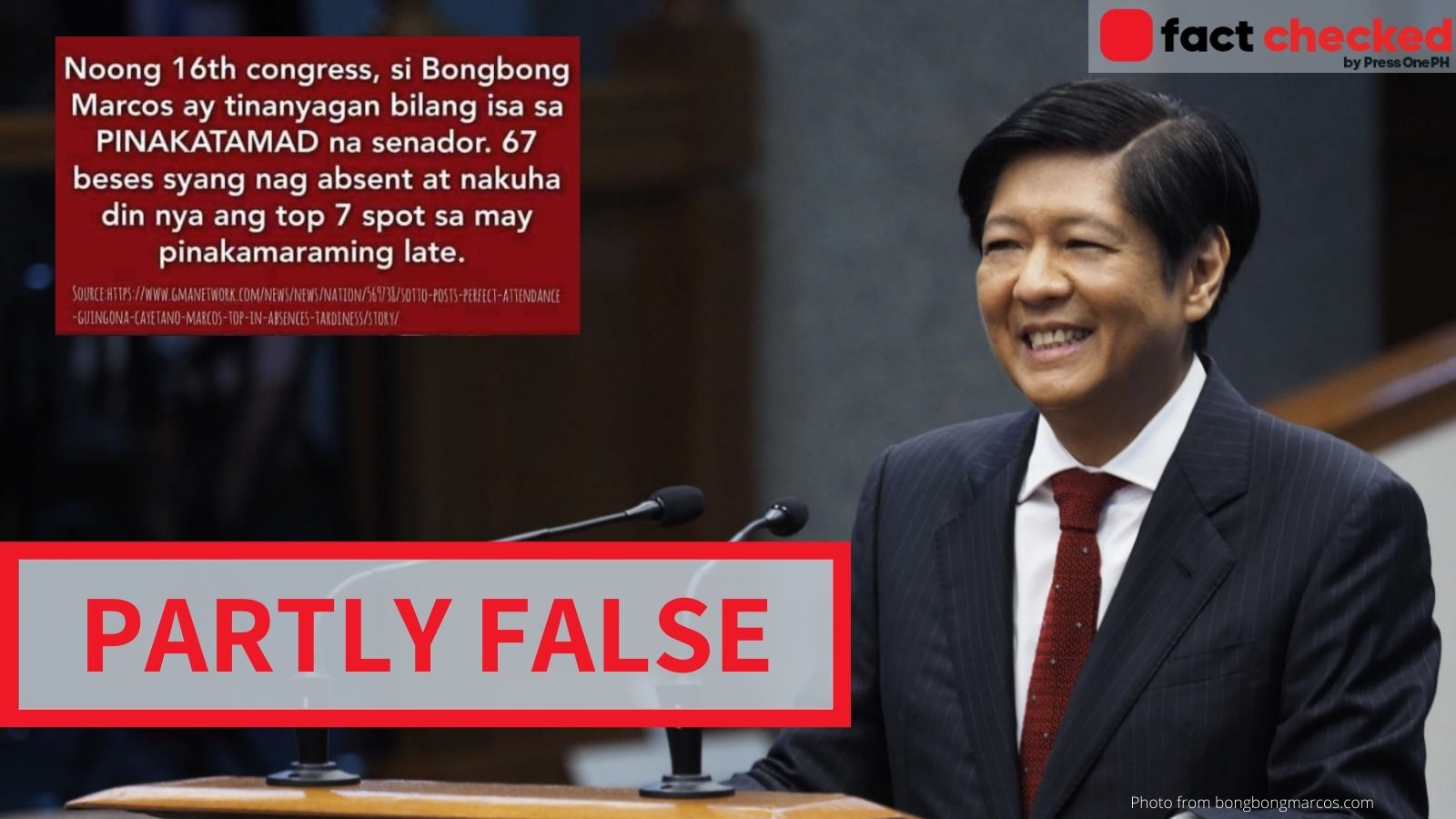 CLAIM: Ferdinand “Bongbong” Marcos Jr. was absent 67 times, the seventh highest number of absences among senators in the 16th Congress.

A photo circulating on Facebook claims that Ferdinand “Bongbong” Marcos Jr. was among the top truants of the 16th Congress.

(In the 16th Congress, Bongbong Marcos was among the laziest senators. He was absent 67 times and had the seventh-most late appearances.)

The photo also included a link to a GMA News report.

Some of the claims in the photo are true, while some are false. Data in this fact check will be based on the GMA News report referenced in the photo, as the Senate Journal Service’s attendance records are not publicly available.

First, the report had no direct allusion to Bongbong as allegedly among the laziest senators. The first sentence in the photo is FALSE.

The last part of the photo caption is true. Marcos was indeed seventh on the list of most tardy senators, arriving late 34 times in the 146 plenary sessions he attended.