FACT-CHECK: Knights of Columbus in the Philippines did not endorse Leni-Kiko

A social media post falsely claims the Knights of Columbus in the Philippines has endorsed the tandem of Vice President Leni Robredo and Senator Kiko Pangilinan. 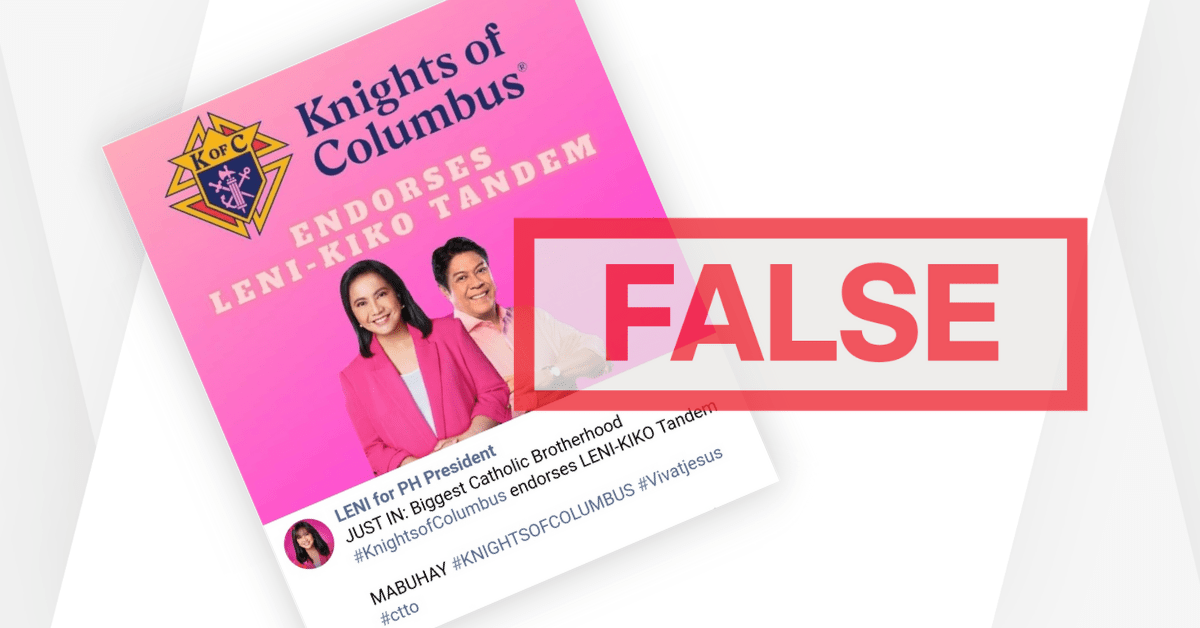 CLAIM:  Knights of Columbus in the Philippines has endorsed the Leni-Kiko tandem

A social media post claims the Knights of Columbus (KofC) in the Philippines has endorsed the candidacies of Vice President Leni Robredo and Senator Kiko Pangilinan for president and vice president of the Philippines, respectively.

While the Knights of Columbus, the world’s largest fraternal Catholic charitable organization, have always been active in political, social, and humanitarian issues worldwide since its foundation in Mar. 29, 1882 in New Haven, Connecticut, the order has never endorsed a political candidate for any position in any country.

One of its famous members was the late United States President John F. Kennedy who was a member of Bunker Hill Council 62 in Charlestown, Massachusetts. He became a fourth-degree Knight in 1954.  Even during his campaign for the White House, the Knights did not openly campaign or issue an endorsement for Kennedy.

On its official website, the KofC reminded Knights to “talk about the issues, not the candidates” and “separate your candidacy from your being a knight” as part of its regulations on politics and social media.

The KofC of the Philippines debunked the post, saying the alleged endorsement was “not true”.

“While we are individually encouraged to support, and even campaign actively for, our favorite candidates as part of our citizenship obligation, the Knights of Columbus, as an organization, is not making an official endorsement of any candidate,” the official statement said signed by all four state deputies of the Philippines, among them 1987 Constitutional Commission member and former Commission on Elections commissioner Rene V. Sarmiento, and the KofC’s only Filipino member of its supreme board of directors, retired Supreme Court Associate Justice Jose Reyes Jr..

The KofC officials said that their stand is “to avoid partisan division within our fraternal organization.”

It should be noted that Sarmiento, along with his fellow 1987 Constitution framers, have openly endorsed the Robredo-Pangilinan ticket. — Rommel F. Lopez 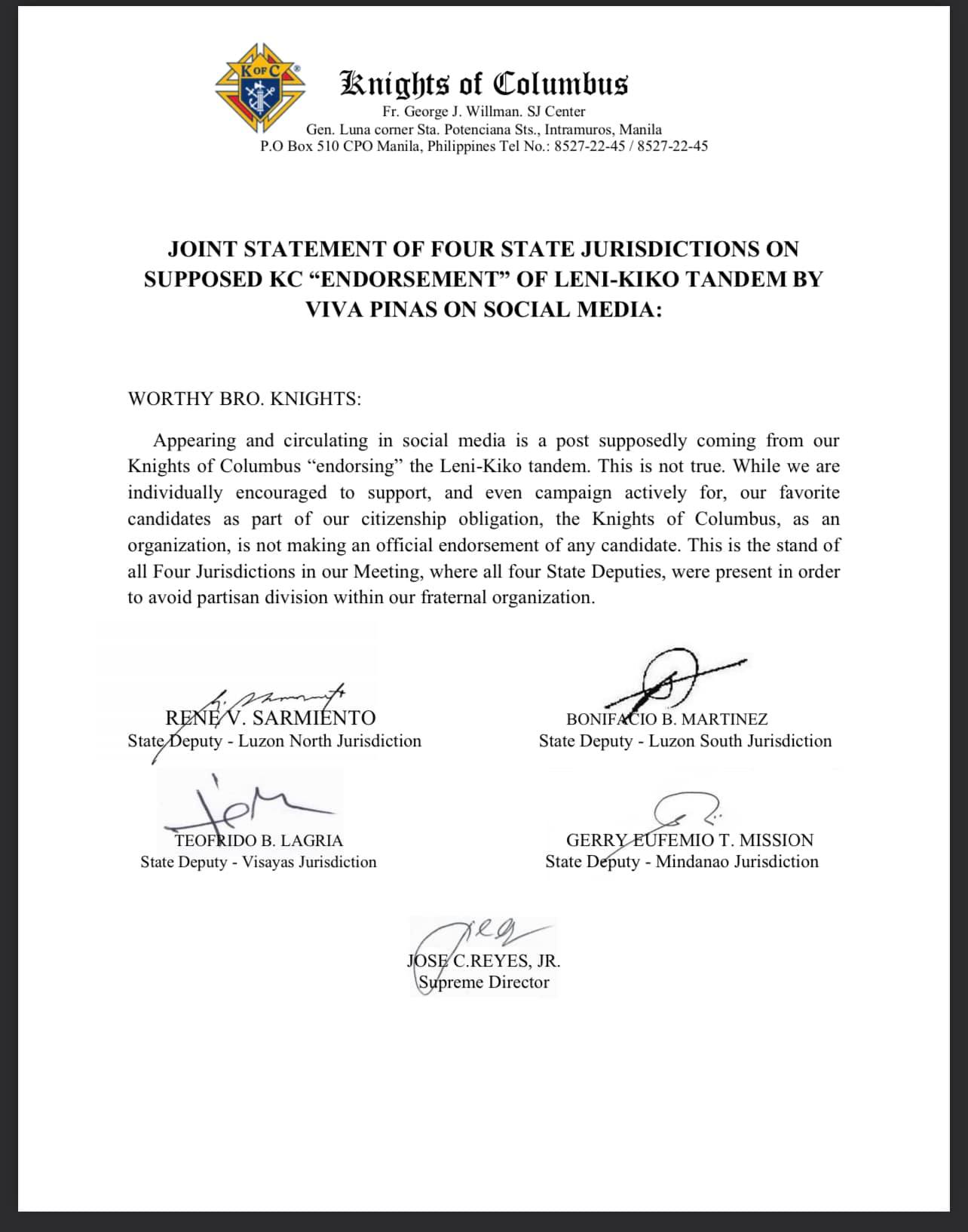