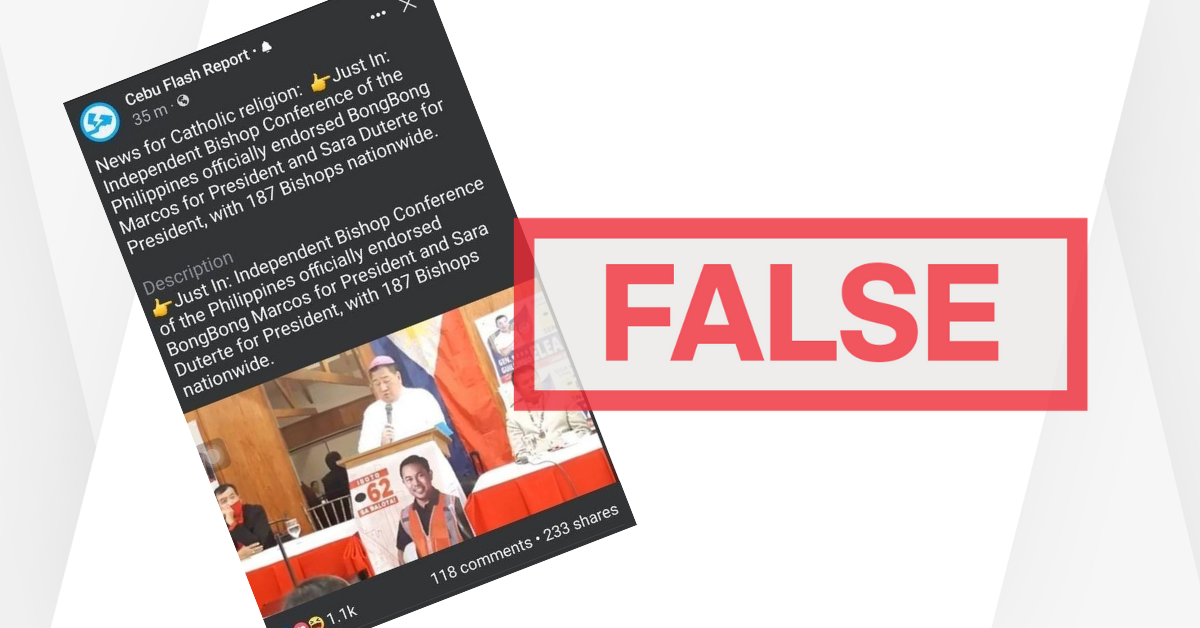 “Cebu Flash Report,” on its Facebook page, featured a Facebook video of a press conference of a group of religious leaders that gave the wrong impression that Catholic bishops have endorsed Ferdinand “Bongbong” Marcos Jr. for president and Davao City Mayor Sara Duterte-Carpio for vice president.

It captioned the post as “News for Catholic religion: Just in: Independent Bishops Conference of the Philippines officially endorsed Bongbong Marcos for President and Sara Duterte for President with 187 bishops nationwide.”

The bishop speaking in the press conference was Bishop Efraim Perez of the Christian Catholic Church of Baliwag, Bulacan. It describes itself as “Christ Centered, Full gospel and in Catholic rites.”

Perez’s name is not on the list of bishops in the official website of the Catholic Bishops’ Conference of the Philippines (CBCP).

The Independent Bishops Conference of the Philippines is not affiliated with the CBCP and is not a Roman Catholic group. — Rommel F. Lopez