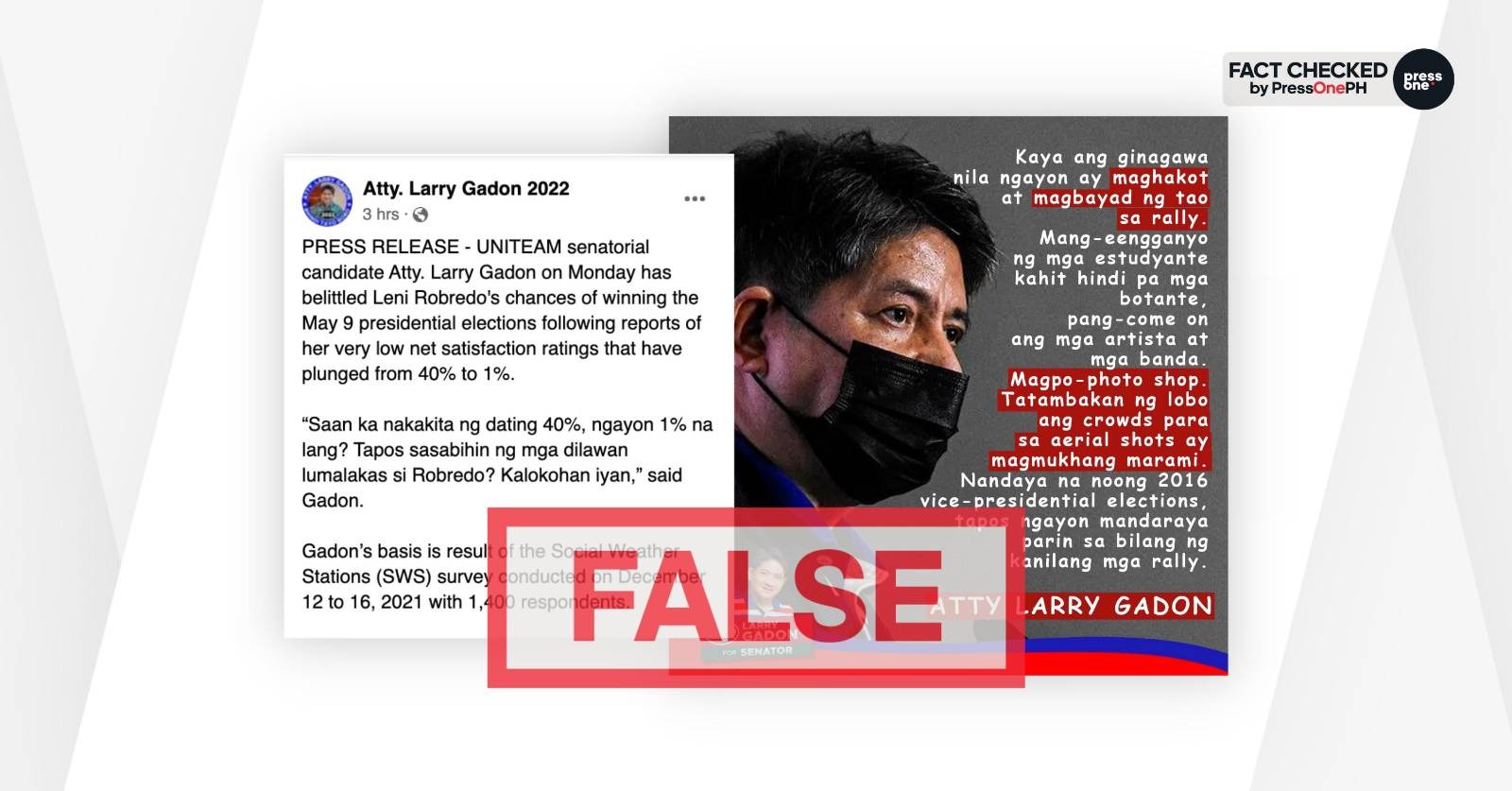 The card accompanied a post that quoted Gadon as alleging that Vice President Leni Robredo’s  numbers were “too low to make an impact” in the 2022 elections.

In June 2016, Ferdinand “Bongbong” Marcos Jr. filed an election protest against Robredo, alleging electoral fraud and vote-buying, among other things, after losing the vice presidential race by only 263,473 votes.

Further revisions and recounts in the provinces of Basilan, Lanao del Sur, and Maguindanao showed that the vice president led by 15,130 votes.

The PET dismissed Marcos’ election protest for lack of merit.

Gadon, who is famed for his boisterous rants on social media, is a known supporter of Marcos Jr.

In January 2022, the Supreme Court suspended Gadon indefinitely from the practice of law after he berated and used profanities against journalist Raissa Robles in a viral video

The SC decision clearly proved that Robredo won the vice-presidential election in 2016. Marcos, in his electoral protest, was unable to prove that Robredo cheated to win the elections, debunking the false claim of Gadon. – Zeus Legaspi