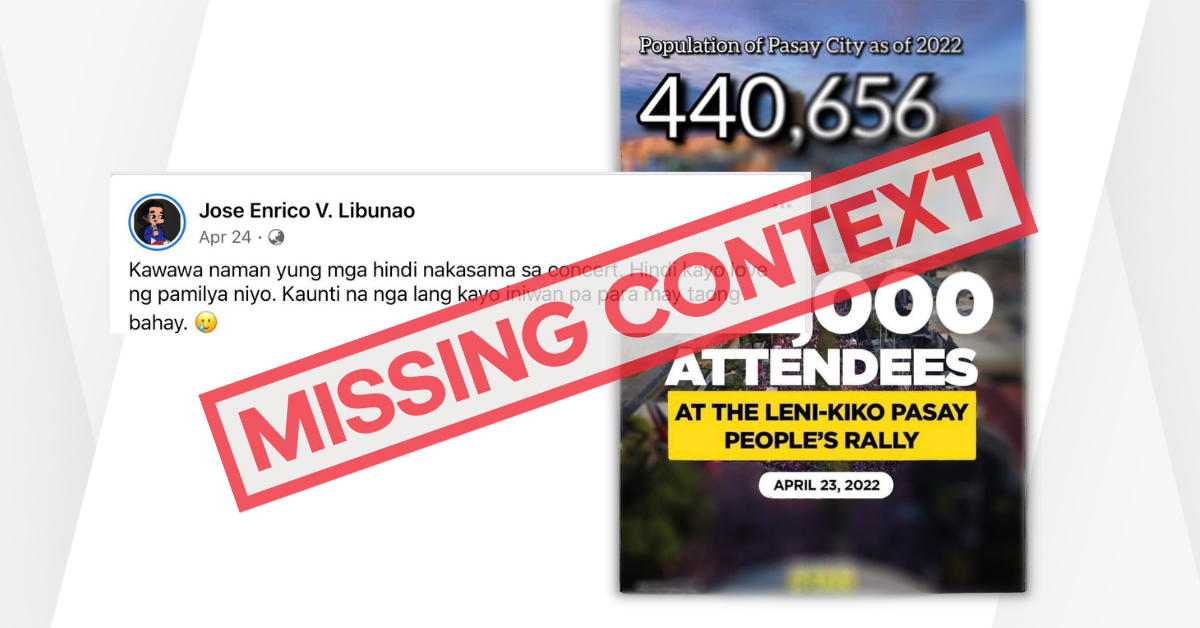 Claim: The crowd estimate of 412,000 at the Pasay rally of presidential bet Leni Robredo is improbable as the city has a population of 440,656

A Facebook user made a misleading comparison between the crowd at presidential candidate Maria Leonor Robredo’s rally in Pasay last April 23 and the city’s population.

Facebook user Jose Enrico Libunao’s post, which has been shared 648 times, implies that the crowd estimate of 412,000 at the Pasay rally was improbable as the city has a population of 440,656.

The post misses an important context: the rally on Macapagal Boulevard was meant for Robredo supporters in southern Metro Manila, not just Pasay.

The Pasay rally saw Robredo securing the endorsement of popular celebrity Vice Ganda, just hours after getting the nod of the United Bangsamoro Justice Party, which is controlled by the Moro Islamic Liberation Front. It also fell on Robredo’s 57th birthday.

Three stages were set up at the venue in anticipation of the huge crowd of pink-clad supporters. The Robredo campaign also encouraged supporters of other candidates to attend and wear their own colors.

However, geologist Mahar Lagmay – using Google maps to measure the stretch of Macapagal Boulevard from EDSA to Gil Puyat and the volume of people that could fit the area – cast doubt on the police estimate.