Sonza’s post, which has since been taken down, threw shade at Vice President Maria Leonor Robredo’s anti-poverty program. 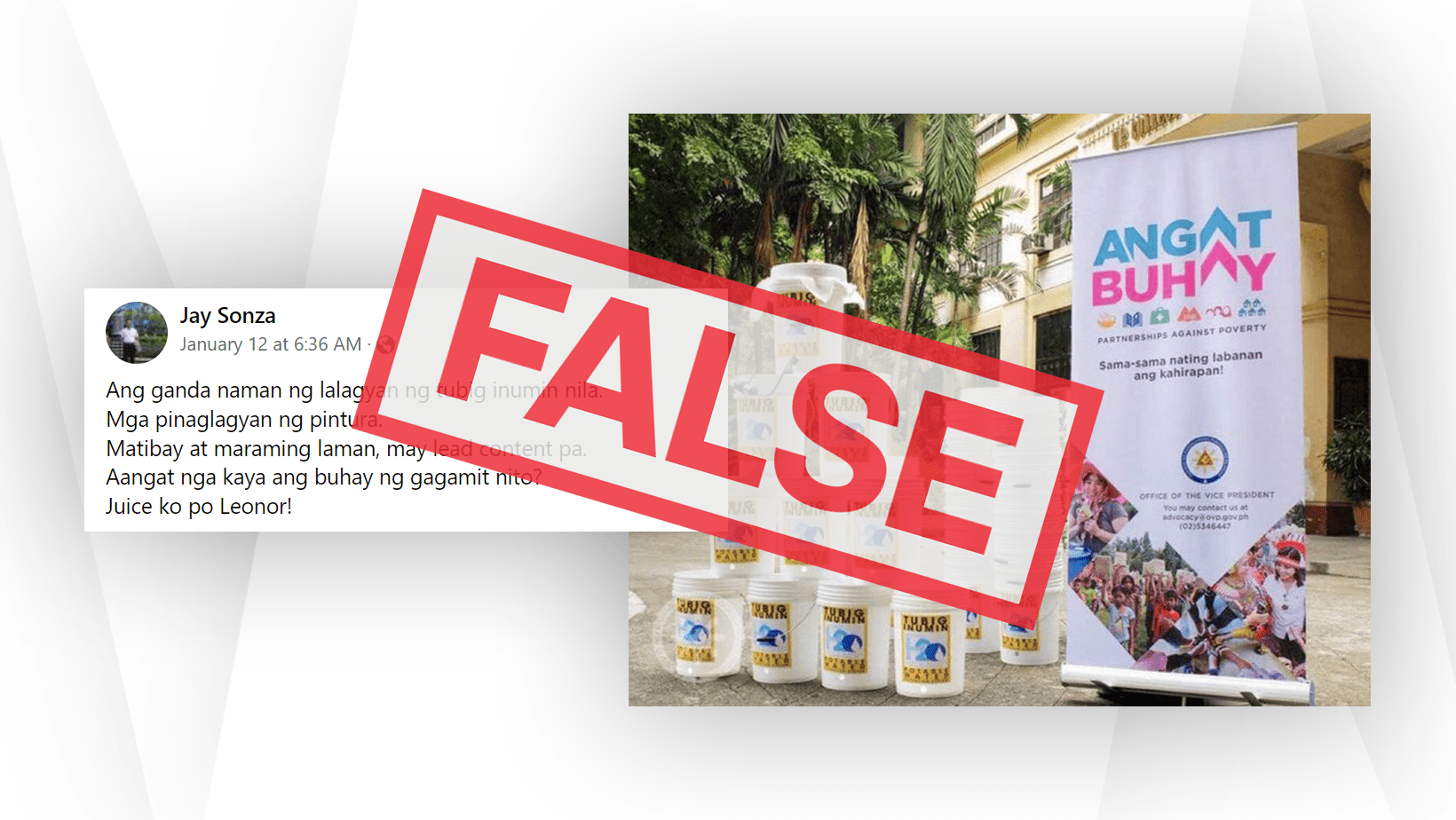 CLAIM: Water filters donated to Marawi relief operations in 2017 through the Office of the Vice President were recycled paint containers and had lead content.

Former broadcaster Jay Sonza erroneously claimed in a Facebook post on Jan. 12, 2022 that water filters distributed by the Office of the Vice President were recycled paint containers and had lead content, implying that the health and safety of the beneficiaries were put at risk.

Sonza actually posted a photo from 2017, grabbed from the website of Physicians for Peace, which reported the turnover of 70 water filters to the Marawi relief operations through the Office of the Vice President’s Angat Buhay anti-poverty program.

The turnover was made by University of the Philippines medicine students and Physicians for Peace, a nongovernment organization working on strengthening health systems and addressing health service inequity, on June 15, 2017.

But Sonza’s followers wouldn’t know, because apart from throwing shade at Vice President Maria Leonor Robredo, he gave no information on the photo and where it came from.

Sonza also offered no evidence to back up his claim that the water filters used to contain paint and had lead, a highly poisonous and toxic metal.

These used to be paint containers.

Very durable and can carry a lot, and with lead content.

Will the lives of those who use them improve?

On Jan. 16, the Mu Sigma Phi Fraternity, whose members handled the water filter project, spoke out against Sonza.

In a statement, the fraternity said “We would like to inform and reassure the general public that the water filtration buckets used in Project H20 are FOOD-GRADE, SAFE FOR USE and that NO TOXIC MATERIALS are included in their assembly.”

The water filters, developed by global nonprofit Waves for Water which has worked in the Philippines since 2013 after Typhoon “Haiyan,” are said to be the “fastest, easiest and most cost efficient way to get pure potable water to communities in need.”

Sonza has had recent brushes with the truth, such as when he falsely claimed that Robredo’s daughter had skipped quarantine and that former senator Manuel Roxas II had joined the Marcos presidential campaign.

And we’re not even counting that post on Jan. 2, when he said that his favorite actress, Gwyneth Paltrow, was a “decorated thespian from Australia.” This was at the height of the controversy involving Gwyneth Chua, who skipped quarantine and spread Covid-19 as she partied in Poblacion, Makati in December, so we thought Sonza was joking.

Now, we’re not so sure. At any rate, in case he didn’t know, Paltrow was born in Los Angeles and practically grew up in Hollywood. There, fixed it. 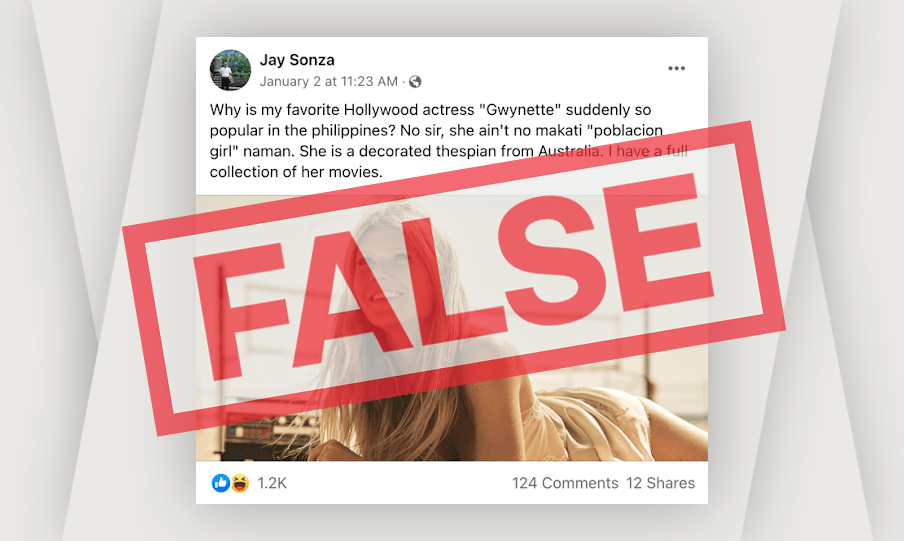