President Duterte seemed to contradict himself when he said that Ferdinand Marcos Jr. was too young during his father’s regime to be entrusted with billions that the Marcos heirs could eventually inherit after a “tedious process.” 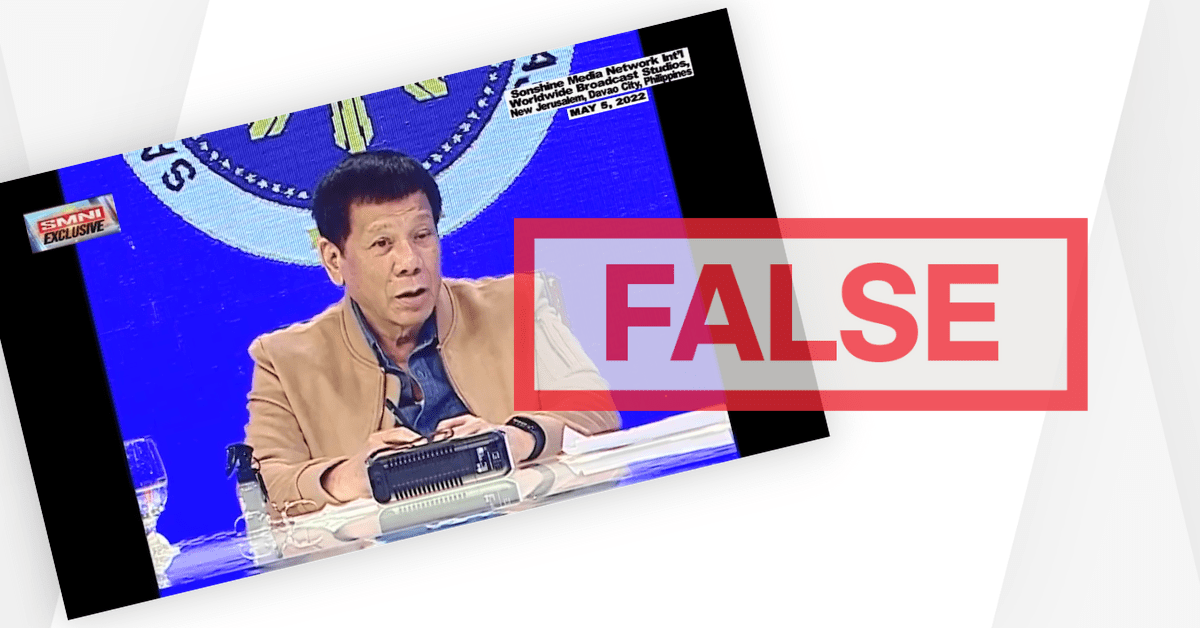 CLAIM: No stolen Marcos money has been found

President Rodrigo Duterte repeated on May 5 the claim long debunked by the courts that no money stolen by the Marcoses had ever been found.

This false claim is easy to debunk, as no less than the Supreme Court, in a ruling way back on July 15, 2003, deemed ill-gotten $658.2 million in Marcos deposits seized from Swiss banks, and ordered the amount forfeited in favor of the Republic of the Philippines. The amount was beyond the lawful income of Marcos Jr.’s parents, the late dictator Ferdinand Marcos and ex-first lady Imelda Marcos, the ruling stated.

The high court on March 12, 2014 also ruled with finality on the forfeiture of millions in Marcos assets stashed under the so-called Arelma account.

In his Inquirer column last year, former chief justice Artemio Panganiban dealt with the question, “Do the Marcoses have ill-gotten wealth?”

He wrote that “In many decisions, the Supreme Court answered this question with a clear and unqualified ‘Yes.’”

Apart from the ruling on the Swiss and Arelma accounts, Panganiban also pointed to other decided cases such as the reconveyance of shares in the Philippine Telecommunications Investment Corp., a major shareholder in telco giant PLDT.

Duterte seemed to contradict himself before Quiboloy when he said that Marcos was too young during his father’s regime to be entrusted with billions, which, he added, the Marcos heirs could eventually inherit after a “tedious process.”

Duterte did not go into details, but he could be referring to the need for the Marcoses to settle their P203-billion estate tax liabilities.