FACT-CHECK: Diosdado Macapagal, not Ferdinand Marcos, was the first president to plan a national highway system for the Philippines

Ferdinand Marcos did not propose the construction of the Pan-Philippine highway also known as Maharlika Highway. It was his predecessor, President Diosdado Macapagal, who started the project. 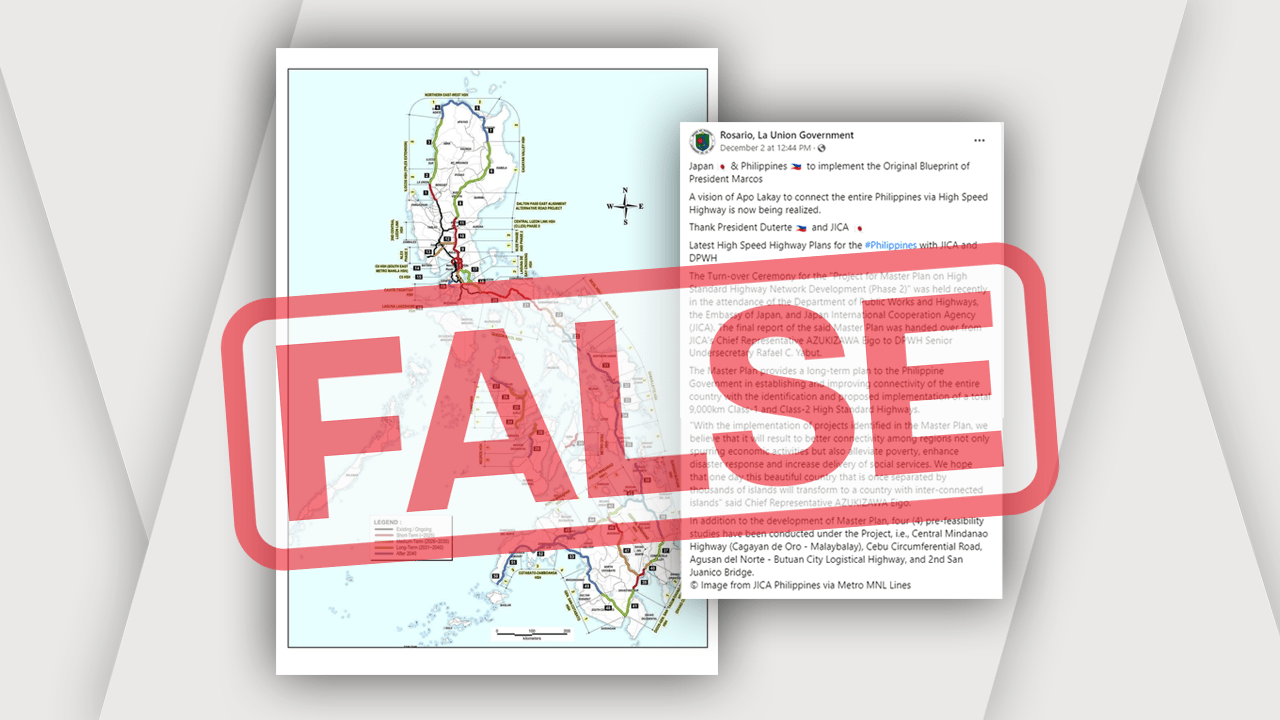 A Facebook page named “Rosario, La Union Government” erroneously claims that the Japan International Cooperation Agency’s (JICA) master plan for the development of High Standard Highway (HSH) for the Philippines was the fulfilment of the blueprint of the late dictator and plunderer, Ferdinand Marcos Sr., to connect the entire archipelago via a network of roads and bridges. 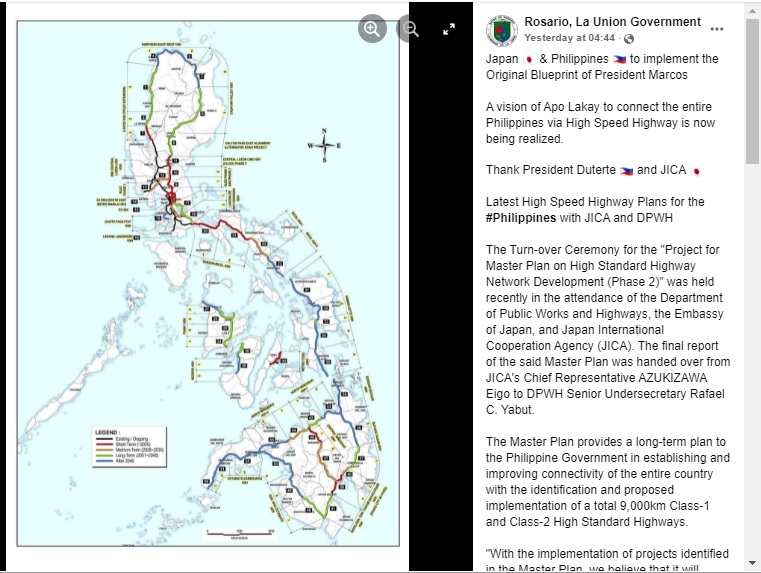 The Rosario, La Union Government Facebook Page does not appear to be the legitimate or official Facebook page of the Municipality of Rosario. Most of its posts praise the Marcoses and attack their political opponents.  There are no posts from or related to the municipal government of Rosario.  PressOne.PH requested an interview with the administrators of the page.  They have yet to respond to our request as of posting of time.

The website of the Kilusang Bagong Lipunan and other Facebook accounts also repeat the wrong claim that it was Marcos Sr. who started the Pan-Philippine Highway system. 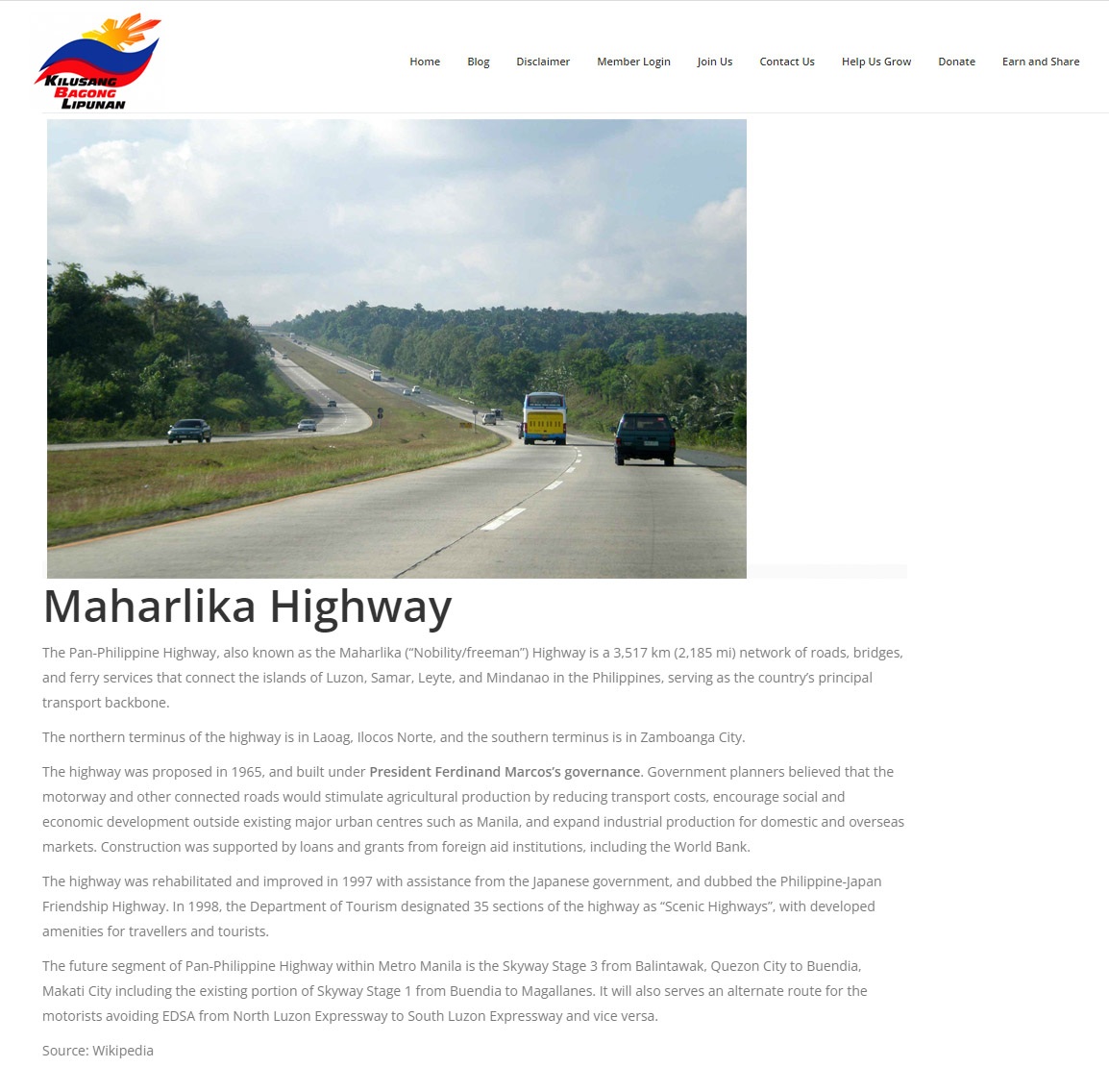 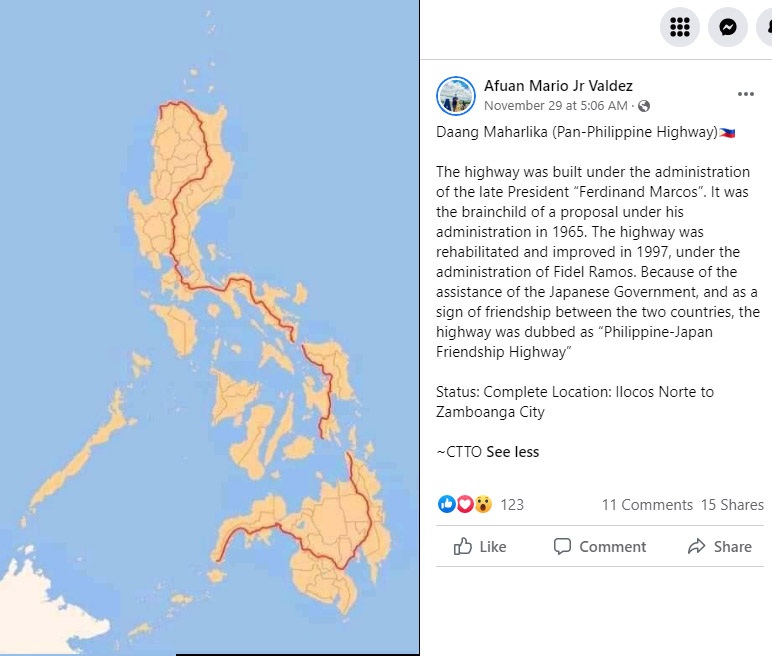 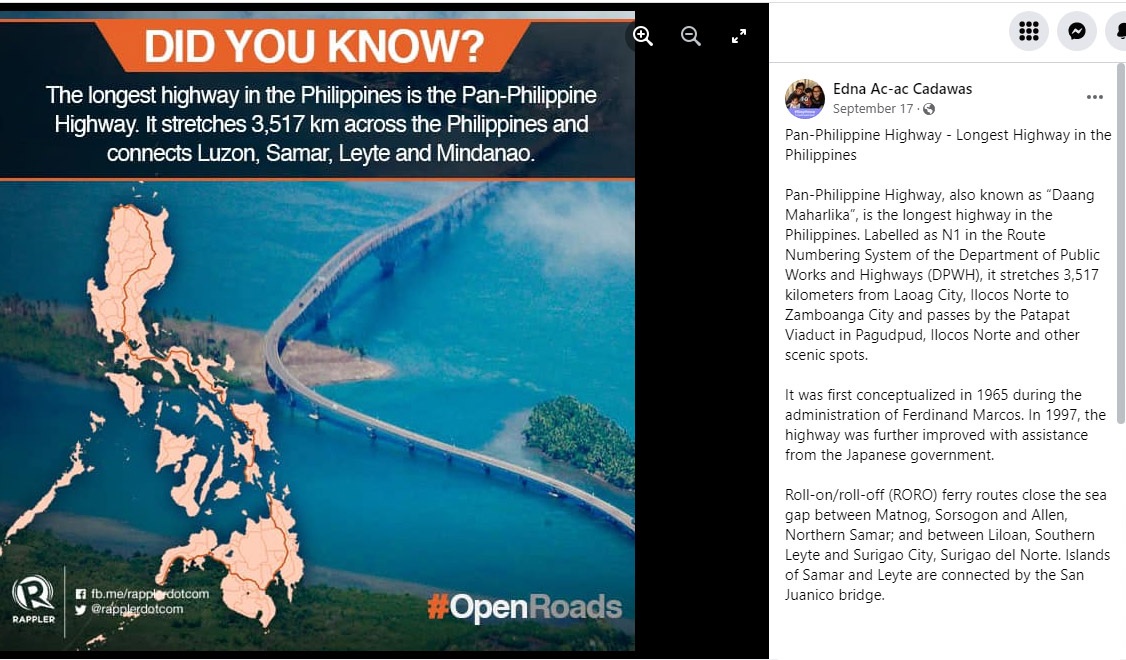 These claims, widely shared on social media by websites, pages and accounts loyal to the late dictator and plunderer, have no factual basis.

It was President Diosdado Macapagal who started the project.  He first mentioned it in his Fourth State of the Nation Address in 1965.

The Official Gazette also mentions that on August 8, 1965, Macapagal received from Public Works Secretary Jorge Abad a report that before the end of 1965 the Pan-Philippine Highways would be fully completed.

The highway was renamed Maharlika Highway by Marcos Sr. in 1979 under Proclamation Number 1902.

On Nov. 30, 2021, the Department of Public Works and Highways (DPWH) received from JICA the latest master plan that expands highway network’s coverage outside highly urbanized areas, to “ease traffic congestion along national roads, and boost investment and jobs creation in the regions.”

The JICA said the project was “a follow-up to the previous master plan conducted in 2010, will cover the entire Philippines and identify infrastructure projects that can be implemented until 2040.”

On its website, JICA said it signed a partnership deal with the DPWH on the second phase of the road master plan in September 2017. The goal is to “ease traffic congestion along national roads, and boost investment and jobs creation in the regions.” – Rommel F. Lopez