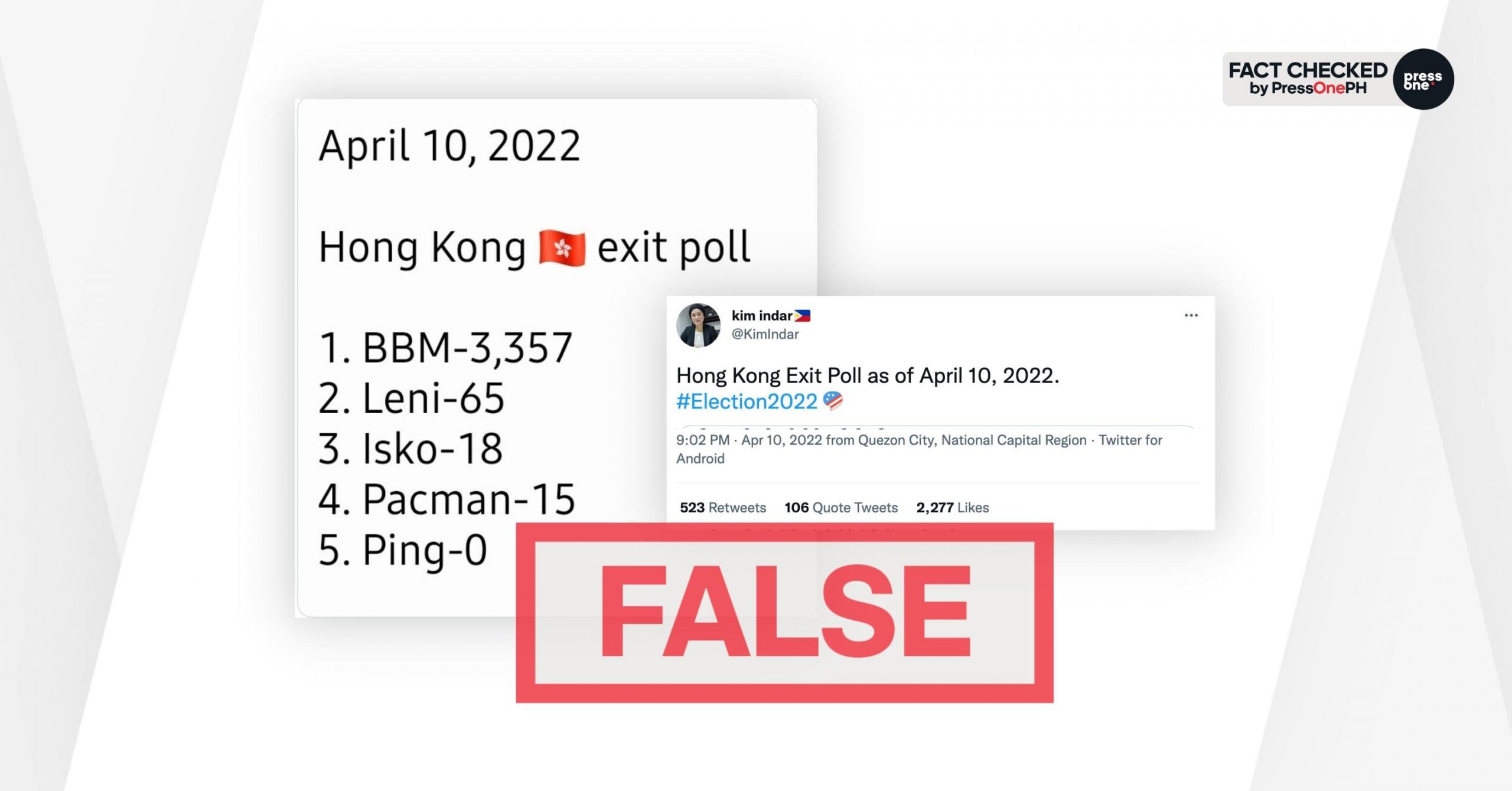 Claim: BBM got the most votes on the first day of overseas voting in Hong Kong as evidenced by exit polls.

Lawyer Kim Indar, a Pasay prosecutor, claimed in a tweet that Ferdinand “Bongbong” Marcos, Jr. accumulated 3,357 votes after the first day of overseas official voting in Hong Kong as evidenced by the exit poll results.

Compared with the official number of votes as reported by the consulate, Indar’s total was higher by 72 votes.

She also did not cite any credible polling outfit as a source. Exit polls rely on scientific sampling methodology to obtain valid results.