FACT-CHECK: Aquino, Roxas, Robredo not charged with corruption related to the Yolanda funds 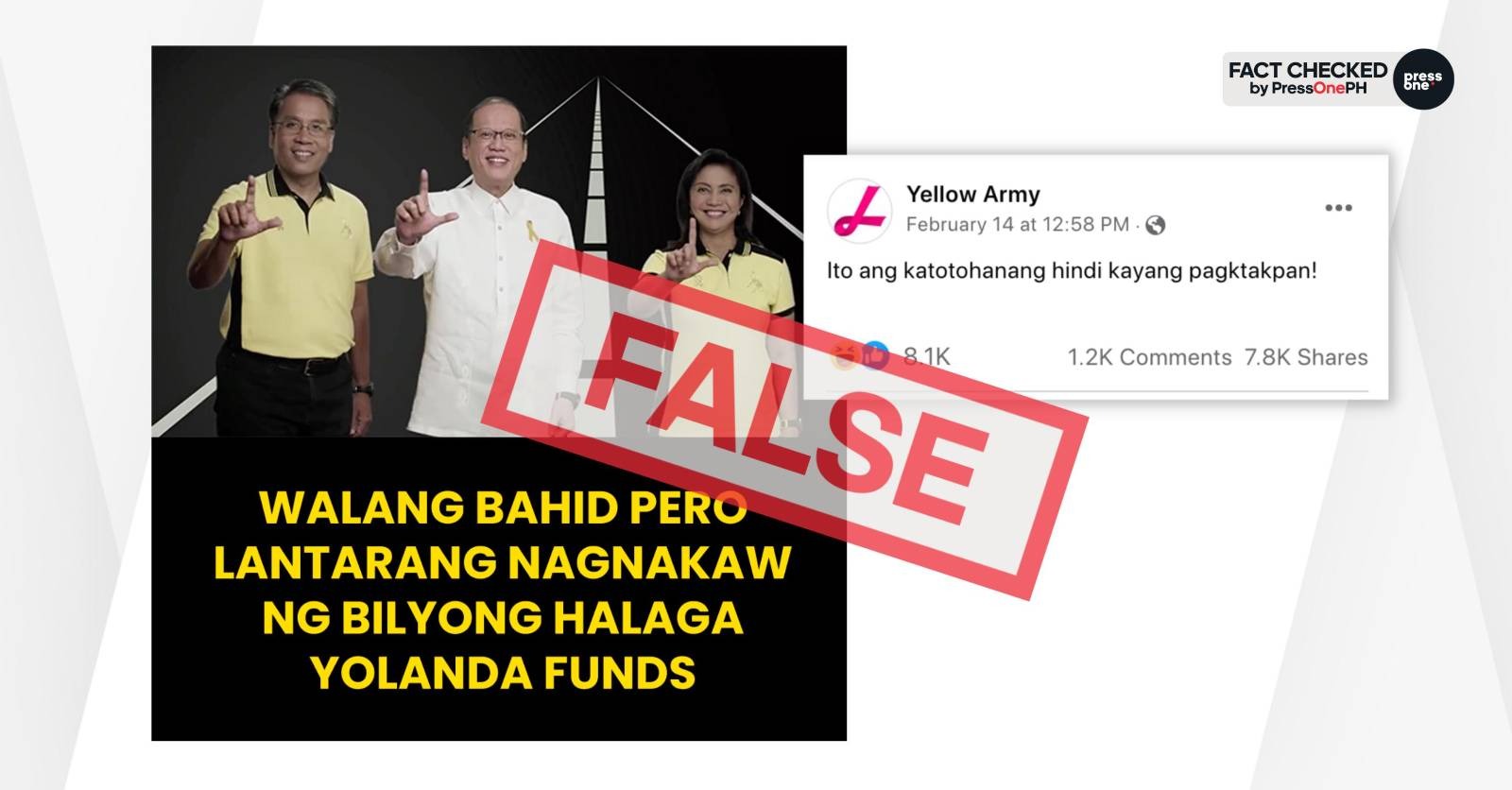 A Facebook page shows a photo of the late former president Noynoy Aquino, former interior secretary Mar Roxas and Vice President Leni Robredo with a caption accusing them of pocketing billions in Yolanda relief funds. This claim is FALSE.

The three were never accused of graft and corruption related to the funds allocated by the government or donated by foreign governments and groups for the Supertyphoon “Yolanda” relief and rehabilitation efforts.

The first person to insinuate that there were irregularities in the handling of Yolanda funds was then Davao City mayor and presidential candidate Rodrigo Duterte.

There are no records available to show graft cases filed against Aquino, Roxas or even Robredo about the handling of Yolanda funds.

The latest government report related to the Yolanda funds came from the Commission on Audit (COA) in its 2020 Audit Report where it flagged the Office of Civil Defense for P24.6 million in utilized but unliquidated funds meant for victims of Yolanda.  Nowhere in the report did it mention Aquino, Roxas, or Robredo.

Even the Duterte administration has not filed any charges in the Office of the Ombudsman against Roxas or Robredo. – Rommel F. Lopez