FACT-CHECK: 2016 Vice presidency was not ‘stolen’ from Marcos

The Supreme Court, sitting as the Presidential Electoral Tribunal, threw out last year the claim of Ferdinand “Bongbong” Marcos Jr. that he was cheated in the 2016 vice-presidential elections. 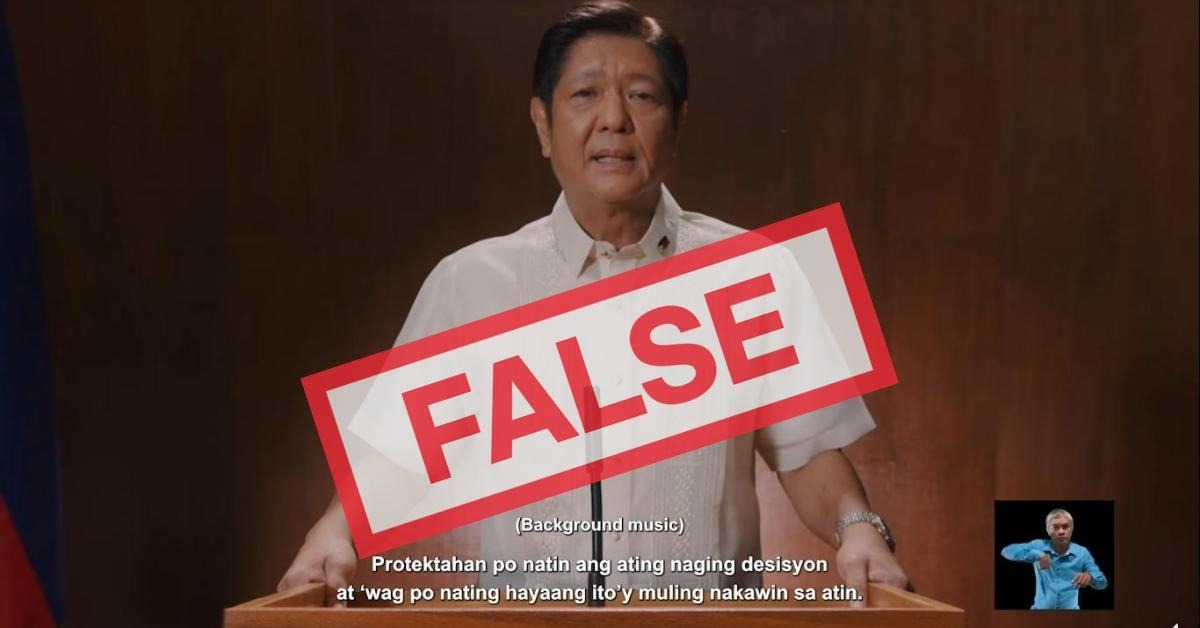 In a video message posted on his Facebook page, presidential candidate Ferdinand “Bongbong” Marcos Jr. reminded Filipinos to be united and to “not allow votes to be stolen again.”

The only son and namesake of the late dictator and kleptocrat was obviously alluding to how he lost in the 2016 vice-presidential race.

No less than the Supreme Court sitting as the Presidential Electoral Tribunal (PET) junked the electoral protest of Marcos Jr. against Robredo since the former senator failed to prove that there was massive cheating in the 2016 elections.

In dismissing Marcos Jr.’s petition, the PET said in its 93-page decision that Marcos “failed to substantiate his allegations of massive anomalies and irregularities”.

The PET noted that Marcos, Jr. “failed to make out his case” since “there is no substantial recovery of votes in the pilot provinces that he himself had designated,” after the Tribunal conducted and completed the retrieval, revision, and appreciation of more than two million ballots from pilot areas identified by Marcos Jr.

“Instead, he chose to make sweeping allegations of wrongdoing and submitted incomplete and incorrect data. His abject failure to support his claims leaves this Tribunal with no other recourse but to dismiss his Protest,” the PET said.  — Rommel F. Lopez