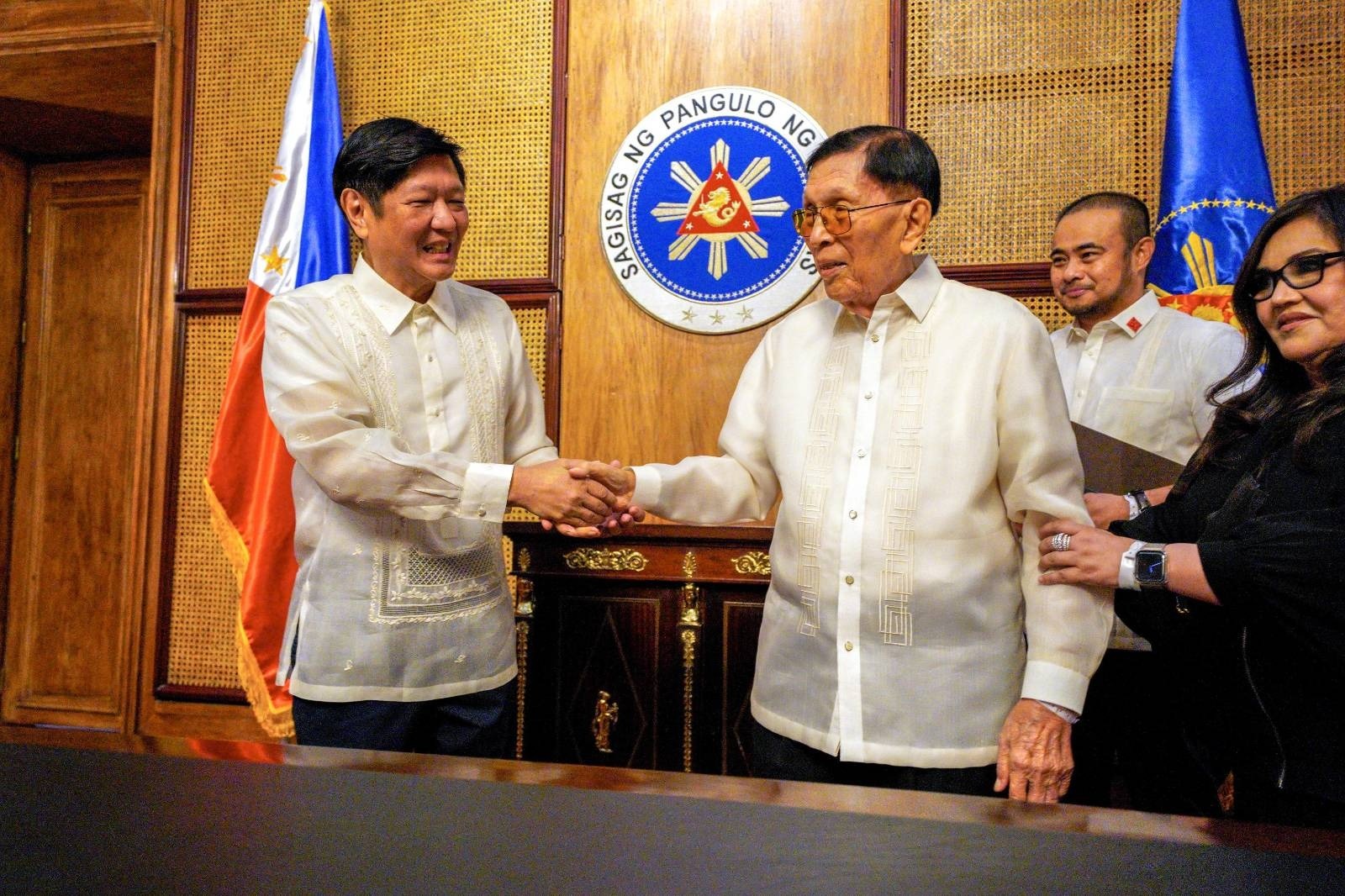 Enrile, 98, was among the key figures who helped oust the late dictator Ferdinand Marcos Sr. in 1986. He supported Marcos Jr.’s presidential bid.

Marcos Jr. said in a statement that he had full trust in Enrile with his rich experience in government work.

He announced his retirement from politics in 2016 but was announced chief presidential legal counsel in June 2022. John Ezekiel J. Hirro