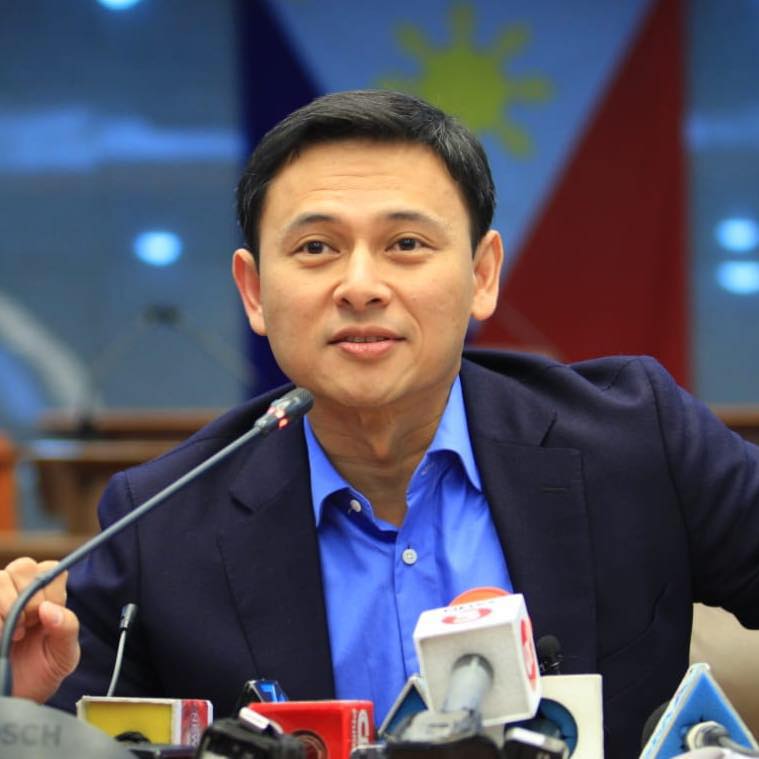 To encourage higher voter turnout amid concerns that the coronavirus disease 2019 (Covid-19) pandemic would continue until the 2022 elections, Sen. Sonny Angara said he will file a bill giving senior citizens and persons with disabilities (PWDs) the chance to vote earlier than the rest of other registered voters.

Angara cites how the elderly and PWDs face difficulties every elections because of accessibility issues in voting precincts. He added that physical distancing will be hard to managed on election day and that the elderly are the most vulnerable of getting infected by Covid-19

The government has mandated the observance of physical distancing when in public to prevent the spread of Covid-19 along with the mandatory wearing of face mask and face shields and the limiting of public gatherings.

Angara said giving the two sectors the chance to vote early would help speed up the lines in precincts on election day for other voters.

His proposal includes the extension of voting hours on election day to encourage more to cast their votes.

Angara, who is a Covid-19 survivor, said the extended voting hours would encourage the limited number of voters entering precincts at a given time, thus making physical distancing in voting precincts possible.

He also urged the Commission on Elections (Comelec) to use bigger venues as voting precincts as accessibility issues are always raised by the elderly and PWDs every elections.

“Comelec should study using venues such as gymnasiums and covered courts for use of our seniors and PWDs on election day. They should also work on providing people to assist them on site. ‘Wag na natin sila pahirapan pa,” Angara said.

Angara, chair of the Senate Committee on Finance, said he would ask the Comelec about their preparations for the 2022 elections during the poll body’s budget deliberation in the upper chamber.

“We want to ask Comelec sa budget hearing nila about their preparations for 2022 and if they have any contingency plans to deal with health concerns. This could be additional voting hours or days or additional precincts to better observe distancing and prevent crowding. But there may be logistical requirements for all of these which we will request details on during their budget hearing,” Angara said.

Angara stressed that while changes might be needed in the electoral process, the 2022 elections will push through urging the Comelec to learn from the experiences of country’s going through an election process during the pandemic.

“What is important is that the elections must push through and our electorate is safe when they go to the polls. This is why we want the Comelec to start preparing already, using the best practices of other countries as their guide,” he stressed.

Earlier this week, Pampanga Rep. Mikey Arroyo sought the postponement of the 2022 presidential elections over COVID-19 concerns, drawing massive criticism from both chambers of Congress and critics. Foreign Affairs Secretary Teodoro Locsin Jr. sent out in an expletive-laden tweet expressing his opposition to the proposal.

“You don’t cancel elections for any reason. That’s treason. We are a democracy or a shet slave colony. Hold elections period. Those brave to stand in line and vote — even if only 12 — decide the next President,” Locsin said in a tweet.

Malacañang rejected Arroyo’s proposal saying the pandemic should not be used as an excuse to cancel or reschedule the elections and that any attempt to delay the elections in 2022.

“We must not use the existing global health crisis as a ground to cancel and reschedule the elections as this would not sit well with the public,” Presidential spokesperson Harry Roque said, adding that “the idea to postpone the 2022 elections, if and when it happens, presents constitutional challenges.”  Rommel F. Lopez