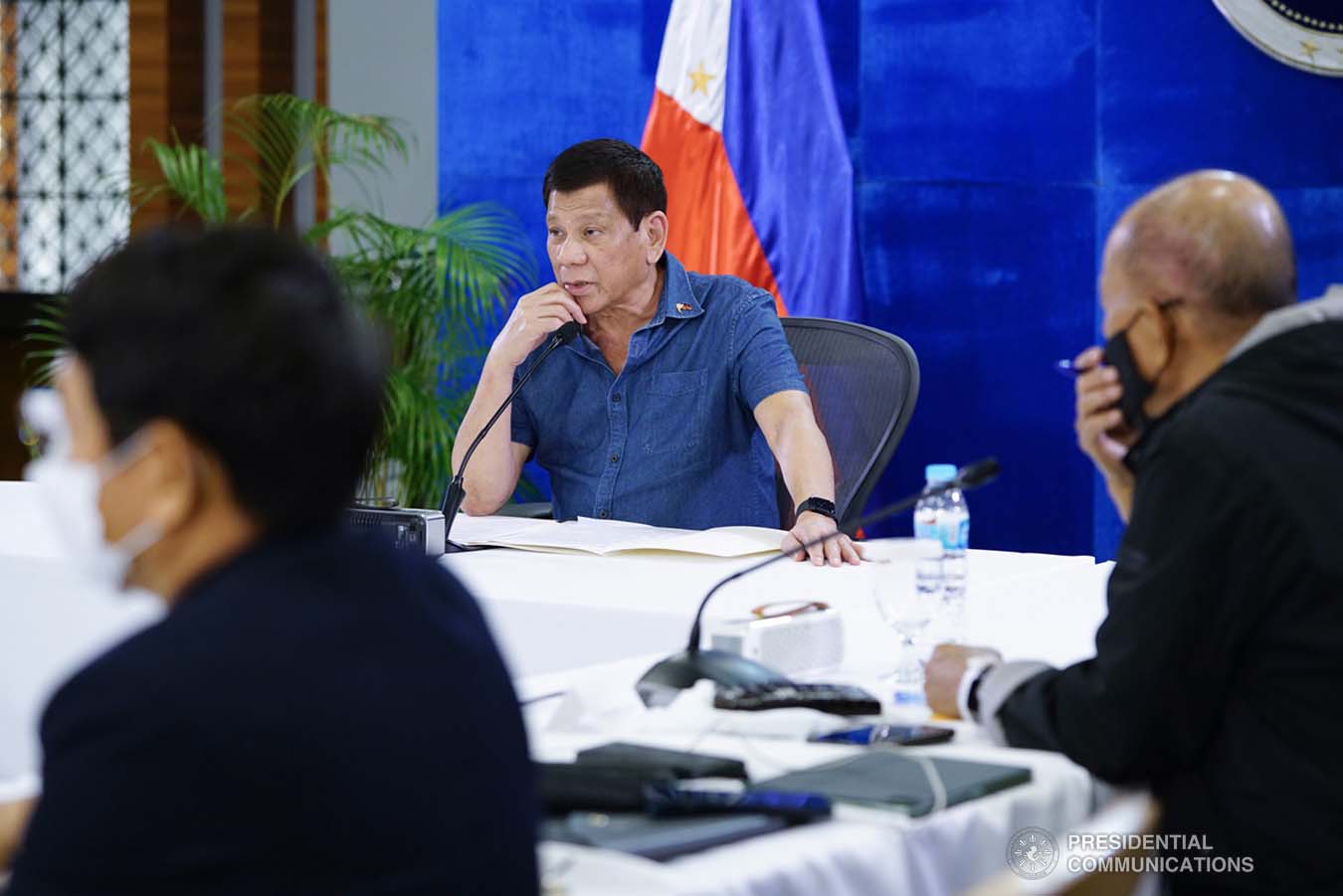 President Rodrigo Roa Duterte presides over a meeting with key government officials prior to his “Talk to the People” at the Arcadia Active Lifestyle Center in Matina, Davao City on May 11, 2022. JOEY DALUMPINES/ PRESIDENTIAL PHOTO

President Rodrigo Duterte on Tuesday urged his successor should remove the party-list system as he renewed his claim that it was being used by leftists and powerful and rich people for their own good.

“Kaya itong party-list, kailangan alisin na ito ng ano. Si — kung sinong ma-presidente, presidente ngayon papasok, it would be as good as any other time to initiate whether to convert Congress into a constituent body or magtawag ng constitutional convention but which is very expensive to do,” Duterte said in a “Talk to the People” address that aired on Tuesday.

“What they really want is to destroy that government at palitan nila ng kanila,” he said.

Duterte, who proclaimed himself a leftist early in his presidency, earlier said he would spend his last days in office criticizing the party-list system of the country.

“Until…my last day, I would continue to criticize and say something about itong mga party-list at hindi lang ang left,” he said.

“Ito ay ginagamit ng mga mayaman, lahat ng mga may negosyante, either binili nila ‘yung party-list or nag-create sila because they can do it with the money and that has become a problem,” he added. John Ezekiel J. Hirro