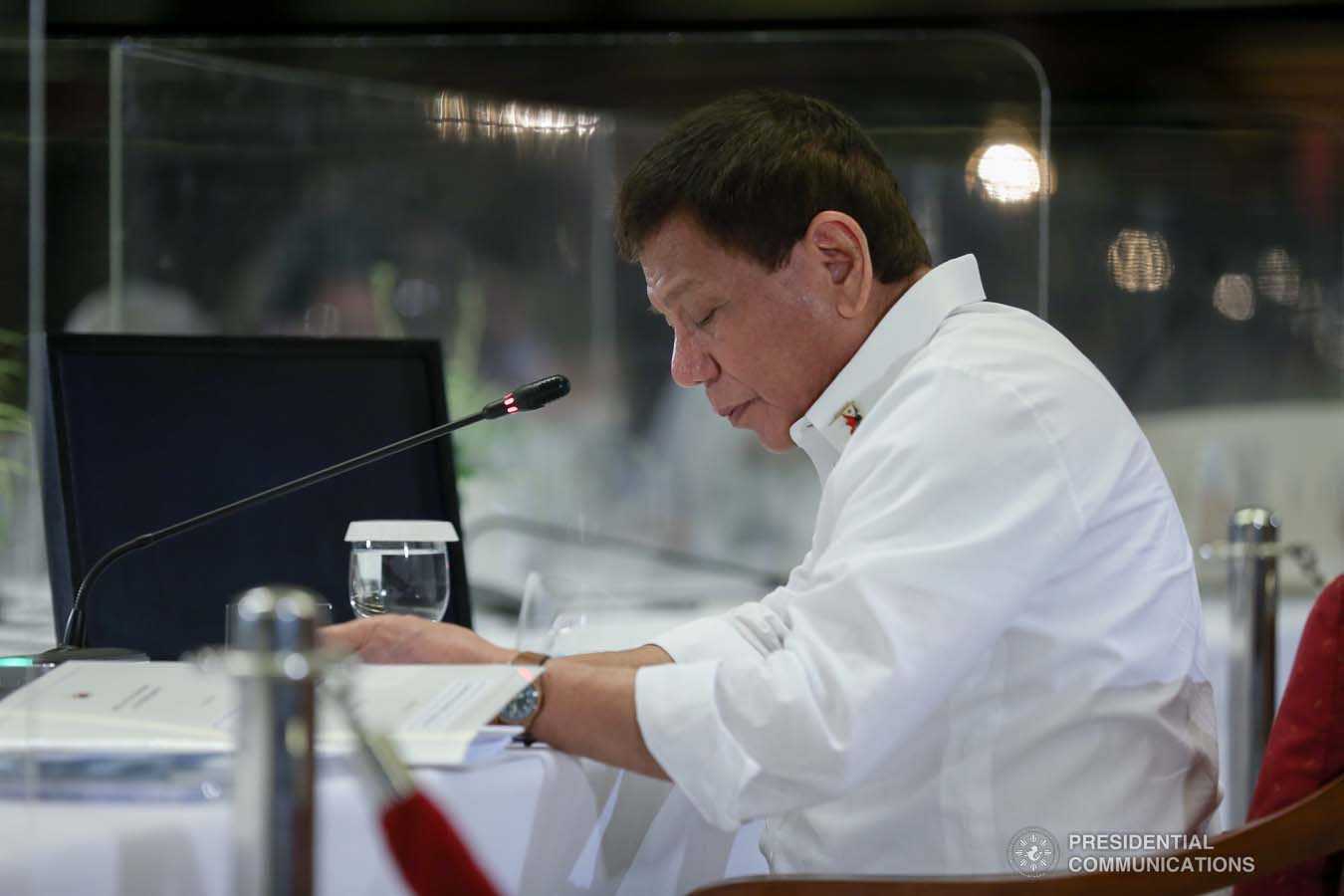 President Rodrigo Duterte has vetoed the measure seeking to require individuals to register their SIM cards under their names, the Palace announced on Friday.

“The president has decided to veto the consolidated Senate Bill No. 2395/House Bill No. 5793, which seeks to mandate the registration of all SIM cards and social media accounts, with the purpose of deterring electronic communication-aided crimes,” acting Palace spokesman Martin Andanar said in a statement.

Andanar said Duterte noted that the inclusion of social media providers in the registration requirement was not part of the original version of the bill and needed a “more thorough” study.

“Prior versions only mandated the registration of SIM cards,” the spokesman added.

Andanar said the president was dissatisfied with how “certain aspects of state intrusion, or the regulation thereof, have not been duly defined, discussed, or threshed out in the enrolled bill, with regard to social media registration.”

“[H]e was constrained to disagree with the inclusion of social media in the measure, without providing proper guidelines and definitions thereto, as the same may give rise to a situation of dangerous state intrusion and surveillance threatening many constitutionally protected rights,” Andanar said.

The Senate and the House of Representatives ratified the proposed SIM card registration bill in February.

“Mandating social media registration in the proposed SIM Card Registration Act could be violative of the ‘one subject one title rule’ under the 1987 Constitution, not to mention the lack of guidelines in the provision not even covered by the title of the measure itself,” Lacson said in a tweet.

It was Senate Minority Leader Franklin Drilon who proposed to add the “anti-troll provision” to the bill.

Drilon had said he introduced the provision mandating the use of one’s real name, instead of a fictitious name, and a registered phone number when creating social media accounts during the period of amendments.