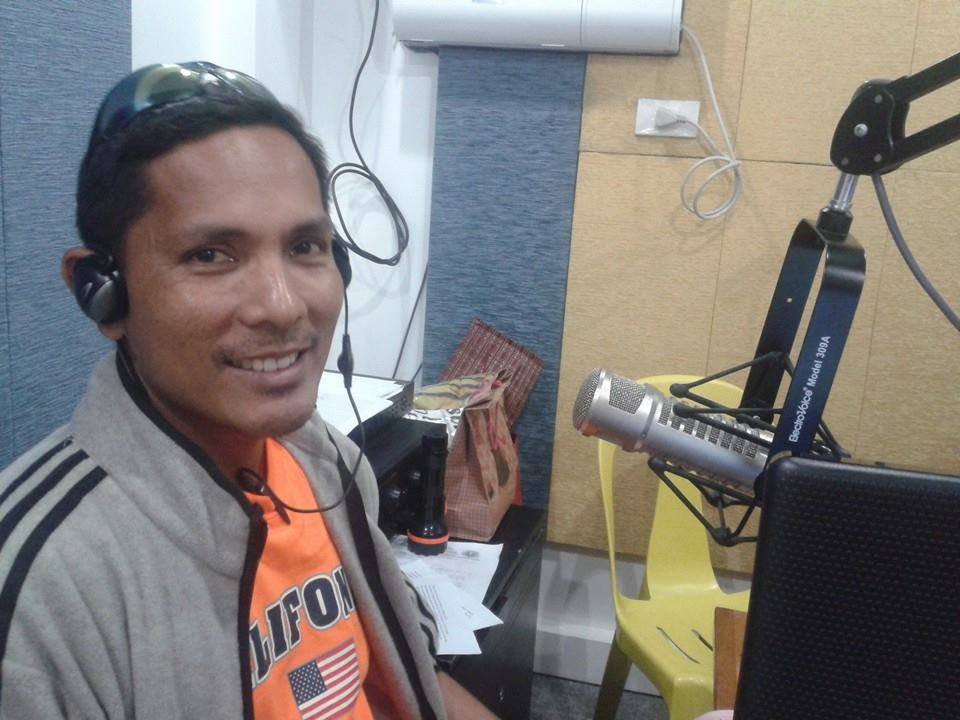 Cornelio Pepino, more popularly known in Dumaguete City as Rex Cornelio was gunned down while on his way home with his wife after his hosting duties. (photo from Rex Cornelio’s Facebook account)

A local radio station host in Dumaguete City  was shot dead Tuesday night,  while on his way home with his wife after his hosting duties.

Police Col. Julian Entoma, Negros Oriental police director, said the victim was on his way home riding his motorcycle with his wife when the ambush happened.

His wife was unharmed.

Pepino was immediately rushed to the Silliman University Medical Center where he was pronounced dead on arrival from multiple gunshot wounds to the body.

Entoma said that since his wife was unharmed, Pepino was the obvious target of the attack, and that the suspects most probably followed him from the radio station.

The police colonel said they are still establishing the motive for the killing.

Pepino was charged for two counts of libel by Negros Oriental Gov. Roel Degamo over commentaries made in 2014.  He was acquitted of the charges in 2017.

Presidential Task Force on Media Security chief Joel Sy Egco “denounce in the strongest terms the killing of Cornelio”.  In a Facebook post, Sy Egco said he has directed the Negros Oriental and Dumaguete City Police to hunt down the suspects.

Cornelio is the third journalist murdered in Dumaguete since 2018.

Dindo Generoso, a blocktimer of DYEM 96.7 Bai Radio, was ambushed and died on November 2019.

If Pepino’s murder is proven to be connected to his work as a journalist, he would be the 16th journalist slain under the term of President Rodrigo Duterte and the 188th since the restoration of democratic institutions in the country in 1986.

The New-York based press freedom watchdog, Committee to Protect Journalists (CPJ) said in its 2019 World Impunity Index released in October 2019 that the Philippines is the fifth countries in the world with the worst record of prosecuting killers of journalists.  The Philippines has landed on the infamous list since 2017. (Rommel F. Lopez)