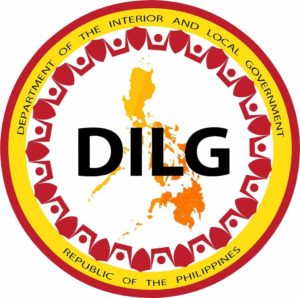 Department of Interior and Local Government

The Department of the Interior and Local Government (DILG) in Negros Oriental is creating local validating teams to inspect the efforts of local government units (LGUs) in reclaiming and clearing of roads as ordered by President Rodrigo Duterte.

According to DILG-Negros Oriental Cluster 2 head Farah Gentuya, DILG Secretary Eduardo Año spearheaded the formation of the local validating teams that will do cross-posting activities before Oct. 11. The teams will be manned by personnel from the DILG, PNP, Bureau of Fire Protection and some civil society organizations (CSOs).

Cross-posting was created to avoid bias while local validation teams will inspect outside of their respective assignments.

A team from the DILG central office is expected to arrive next month to validate the accomplishments of the LGUs on the road clearing operations for reporting to the national agency.

Earlier this year, Año imposed a 60-day deadline thru a memorandum circular for all LGUs to reclaim and clear government-owned roads, sidewalks, alleyways and like of any form of obstructions.  The circular came after President Duterte’s order during his 4th State of the Nation Address.

The directive is applicable to all other roads and not just national highways and major thoroughfares, as stated by Gentuya.

The DILG has learned from social media reports that Dumaguete City, Sibulan, Siaton and Dauin are among the LGUs that have already finished road clearing operations.

However, Gentuya told the mayor that the implementation of the order includes barangay roads and not just main areas.

On the other hand, even though the DILG-Negros Oriental is still waiting for the regional order to start cross-posting activities, some LGUs took the initiative to submit weekly reports. (RJ Espartinez)