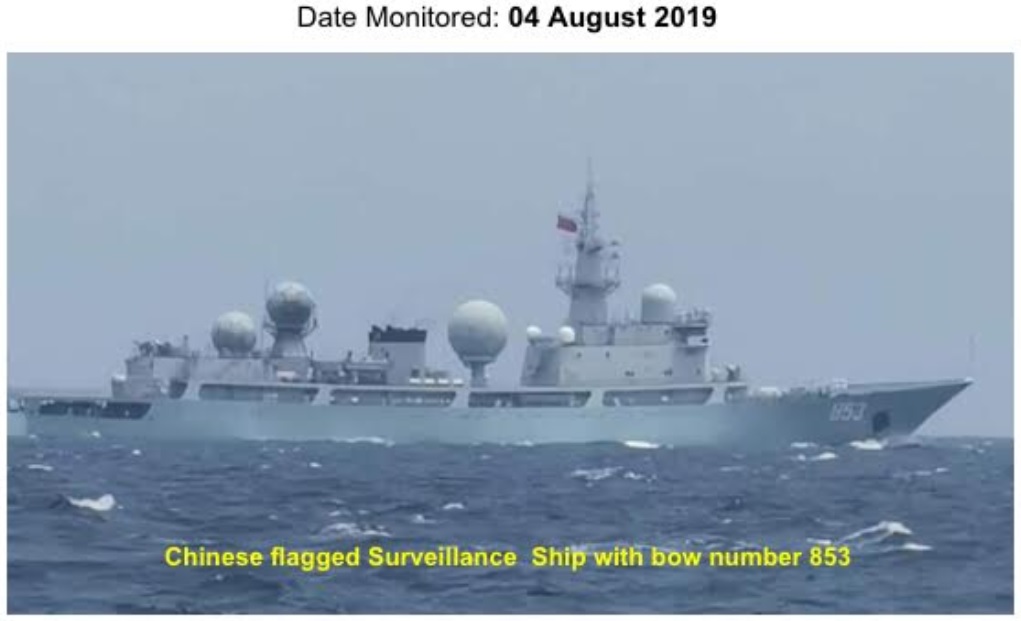 One of the Chinese vessels monitored at Sibutu Strait near Tawi-Tawi in July. PHOTO FROM THE AFP WESTERN MINDANAO COMMAND

Defense Secretary Delfin Lorenzana expressed hopes Friday that the uncoordinated passage of Chinese warships through the Philippines’ Sibutu Strait would be raised by President Rodrigo Duterte in an upcoming meeting with Chinese leader Xi Jinping.

Lorenzana had raised alarm on the passage of Chinese warships in Philippine waters since February.

China, according to Lorenzana, did not seek Manila’s permission before several of its warships passed through Philippine waters four times from February to July.

The military’s Western Mindanao Command said earlier this week it had monitored five more Chinese ships in July and August.

While the defense chief said the incident was not a threat to the Philippines’ national security, he questioned why the Chinese warships had to pass in “secrecy.”

“Why don’t they inform us? Ano ba `yung, ‘Huy, daan kami, makikiraan po.’ Ganun lang naman `yun sa atin diba (What’s the big deal if they tell us, ‘Hey, we’d like to pass through’)? Why the secrecy?” Lorenzana said.

Malacañang on Thursday labeled the incident as a violation of the 1982 United Nations Convention on the Law of the Sea (Unclos).